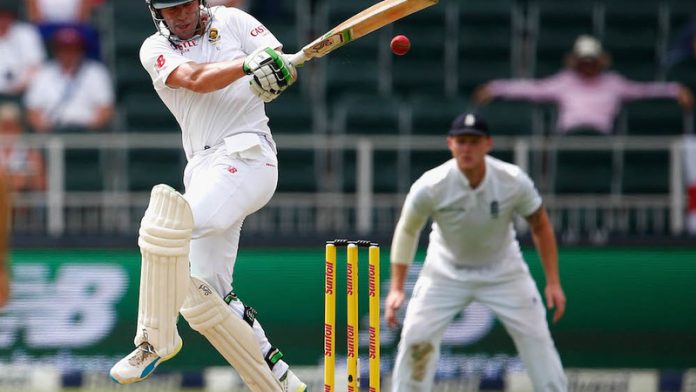 Three years is a long time in any sport – it can encompass an entire career – so for South Africa’s Test team to have remained the top-ranked side in the world for so long will be remembered as one of the finest achievements in the country’s cricketing history, in any era.

But the height from which the team has fallen is just one of the reasons its current predicament has caught so many people by surprise. It is also the speed at which the apparent disintegration has taken place and the apparent lack of both will and playing resources to stop it.

Should England win the fourth and final Test match, starting at Supersport Park in Centurion today, to complete a 3-0 series victory, the hosts will have plummeted from a 15-point lead at the top of the table to fourth – with further descent guaranteed when the points earned three years ago are removed from the calculation next month.

Former national players have also found it impossible to ignore the apparent lack of “fight” for which the best Proteas teams have been renowned. As much as Stuart Broad inspired the embarrassing collapse to 83 all out at the Wanderers, there was a distinct lack of grit and bloody-mindedness from the top order.

Captain AB de Villiers has reinforced his desire to continue playing Test cricket and to be the team’s leader for the foreseeable future, which should be all the catalyst needed to begin the building of a new era. But if another was needed it came from Dale Steyn who lashed out against speculation that his career might be coming to an end, either voluntarily or through a succession of injuries.

“The team is in a crucial rebuilding phase and I am determined to help lead us through it as a senior player,” he said this week. “Nobody is more disappointed than me about the injuries which kept me out of the India and England Test series but they can happen to anyone, and I’m still one of the fittest players in the squad. I have a lot of overs left in this body,” Steyn said.

The genius of De Villiers is more widely and frequently recognised by supporters than Steyn’s (it’s a batsman’s game), but they are, by any statistical and dispassionate measurement, inseparable. Both rate among the greatest cricketers ever to have played the game and were both “Hall of Famers” before their careers reached half way.

Now they face the task of starting afresh. The glory years, starting with the first-ever Test series win in Australia seven years ago and including consecutive series wins in both Australia and England, not to mention a staggering run of 14 unbeaten series away from home spanning nine years, are over.

Steyn readily speaks of his ambition to play 100 Tests (which will take at least another two years) but knows all too well that it has been the team’s success and victories that have given him the greatest pleasure and satisfaction over the past 11 years of his career.

“That’s true. I’m still as excited about playing international cricket as I was back then and I have personal ambitions, but they mean nothing if we are not winning Tests. That’s the reason I want to stay here and stay involved, to help us start winning Tests again and to share that feeling with a new group of players, to see that happiness on their faces,” he said.

For De Villiers, the uncertainty he expressed about the future when he took over the captaincy – refusing to commit himself to Test cricket beyond the two Tests for which he was appointed – almost certainly comes down to emotional fatigue as much as physical.

Much as supporters might like to think a sportsman’s desire to play relies simply on money and national or club pride, it does not. There are uncontrollable, difficult-to-describe factors. It is simplistic and offensive to ascribe them to “fatherhood”, the “weight of expectation”, or any other single result of being on the stage and in the spotlight for so long.

De Villiers was simply being honest when he spoke of “managing his workload”. Instead of using the feeble exchange rate to point out that De Villiers’s Indian Premier League contract was worth more than R20-million, it would be more instructive to show care and sympathy for a man whose relationship with the game he has loved all his life might be showing its first signs of strain. A sabbatical may be the answer, not cynicism.

Anyone can play professional sport on a professional basis for a professional club, and some are able to adopt the same approach towards representing their country. Steyn and De Villiers are not among them. Fortunately, during one of the grimmest times since readmission 25 years ago, Cricket South Africa’s most important figures have had no difficulty in recognising the importance of both men and are actively working with them to establish a “wish list” of fixtures for the next few years.

The Centurion Test is the beginning of a new era, whatever happens. It makes little difference if England win again, as expected. And then there is the five-match one-day international series, followed by half a dozen T20 internationals and the T20 World Cup in India. It will be six months before the next Test is played – a quick, hopefully happy distraction from what matters most to traditional cricket followers.

“It might be my last World Cup,” said 32-year-old Steyn, “so I want to make damn sure I’m fit and, if selected, help us to win the bloody thing!”