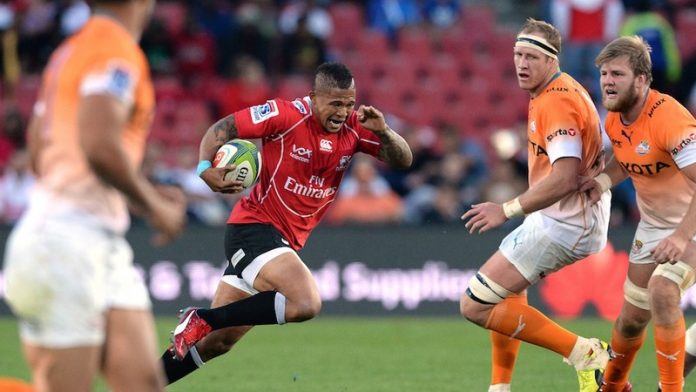 South Africa’s six franchises will set out on their quest for the inaugural Super 18 title next week. The Kings can be discounted and the Sharks, Cheetahs and Bulls are all in a rebuilding phase. Currie Cup champions the Lions and the regular contenders the Stormers look like the best bets for local success.

It’s hard to campaign without your best player. The Bulls placed Handré Pollard in cotton wool as he recovered from a shoulder injury picked up in Japan. He was practising his passing when his knee gave way. With Pollard out for the season, the Bulls will have to choose between Tian Schoeman and Francois Brummer. Both tick all the boxes expected of a Bulls flyhalf, but neither has the X factor Pollard brings to a game.

That would be okay if the Bulls had their normal juggernaut pack, but they do not. Victor Matfield, Flip van der Merwe, Pierre Spies and Jacques du Plessis have all moved abroad, so the line-out options have become extremely rarefied. They will have to rely on the youngsters to be competitive.

A charming man who has come up through the ranks with success at every level. He will find a way to make the Bulls work, but season one is too soon to get them to the play-offs.

He has trod water since moving from the Cheetahs two years ago. He needs to relight the fire.

The annual clear-out of playing staff in Bloemfontein reached its apogee in 2015, with no less than 19 of last year’s Super Rugby squad moving on. Among the forwards, the Cheetahs will find it impossible to replace Heinrich Brussow, and their two best backs have also gone, Willie le Roux to the Sharks and Cornal Hendricks to the Stormers.

The squad is so wet behind the ears it is impossible to gauge how they might do, but they at least have the benefit of avoiding the New Zealand franchises until the play-offs. Sias Ebersohn has returned home after three seasons with the Force, but former Shark Fred Zeilinga may be a better bet at flyhalf.

A thoroughly decent fellow who is committed to the Free State template of 15-man rugby. An expert at achieving a lot with a little.

An excellent young player and a bold choice by Smith that deserves to be rewarded.

If the Super 18 fails to work as a concept, blame it on the Kings. The South African Rugby Union (Saru) insists that the Eastern Cape is a sleeping giant, but nothing that has transpired in the past 10 years of politicking suggests they are correct. Accommodating the Kings at the top table required a radical structural change that will surely come back to bite Saru.

The unedifying sight of a protest at a rugby ground is set to happen on February 27 when the Kings host the Sharks in Port Elizabeth. The union can’t pay its players and Pollyanna would find it hard to be positive about the season ahead.

Formerly in charge at the Eagles and Boland, Davids is out of his depth at this level.

As honest as the day is long, respected throughout the rugby world, the time will come when Sykes will wonder whether he shouldn’t pack up and go back to the family farm in Cradock.

The good-news story of South African rugby: a ragtag bunch of rejected players moulded into an irresistible force by a coaching team that saw no limits. The Lions have good players in every position, headed by Elton Jantjies at flyhalf and Jaco Kriel at open-side flank.

A rugby man through and through, who believes that team spirit can overcome any obstacle.

Not quite as big a clear-out as the Cheetahs, but largely unrecognisable from the side that contested the final as recently as 2012. Of the 17 players who have left, eight were Springboks, including the Du Plessis brothers, Willem Alberts and Frans Steyn. In addition, Pat Lambie’s injury will keep him out for at least the first two months of the competition.

On the plus side, the mercurial Willie le Roux has arrived in Durban and many will hope he will be as effective at fullback for the Sharks as another retreaded Free Stater, the great André Joubert.

A reluctant head coach, Gold will place his trust in new additions to the staff, Robert du Preez and Ryan Strudwick.

The mighty flank fills in while Lambie recovers, but he too is off at the end of the competition, to join Ulster.

Perennial contenders, the Stormers tend to go missing at play-off time, with one win in seven attempts. The squad is well balanced but will miss the immense presence of Duane Vermeulen in the forwards and Jean de Villiers in the backs. They have also lost the services of limited but effective flyhalf Demetri Catrakilis and the halfback combination is the weakest aspect of the side.

But the pack is of international standard, with the stand-out aspect being Springbok lock partnership, Eben Etzebeth and Pieter-Steph du Toit. There is also lots of talent out wide, although it remains to be seen how Sevens commitments will affect the availability of Cheslin Kolbe, Juan de Jongh and Seabelo Senatla.

Poacher turned gamekeeper, Fleck’s unexpected elevation to the top job will test the strength of the structures at the franchise.

De Jongh’s quest for an Olympic gold medal persuaded Fleck that he needed more than one leader. Good idea.