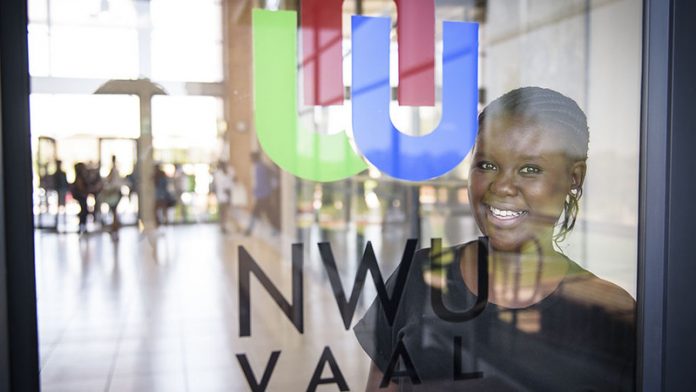 “Every day I look for the black students on my campus – we are there but we are not really there,” says fourth-year accounting student Jeanett Mosala.

She often makes fun about the jarring conditions that black students face at “Pukke”, as the North West University’s (NWU) Potchefstroom campus is commonly known.

She and her friends often play a game – spot the black students – when they walk around campus.

Built about 150 years ago in the capital of the former Zuid Afrikaanse Republiek, where the Vierkleur was hoisted for the first time, the former Potchefstroom University for Christian Higher Education was established on firm Calvinist principles, an integral part of Afrikaner identity.

Mosala is a member of #Reform­Puk, a student-led movement that is “rigorously working towards eradicating any and all remnants of racism and oppression” on campus.

But it has not been widely embraced on campus, Mosala says, because change means going to the heart of Afrikanerdom.

#ReformPuk is focusing on the dual language system that their campus uses. It says the translation services in lectures place black students at a disadvantage.

At the most basic level, translators often struggle to relay technical information. The translations are only in English.

On this particular Monday, the Potchefstroom campus is abuzz, largely because it is graduation time. Graduates and their families and friends are gathered in front of the main building, posing for pictures.

Mondays are koshuis drag (residence uniform) days at Pukke. In the student centre, young women of the Heide Dameskoshuis wear navy-blue shirts printed with their house logo. Some of the young men from the Excelsior Manskoshuis wear their residence’s shirts and ties, and some even swagger around with canes.

Although many black students want the campus to do away with Afrikaans, Grantham Jonkers is one of those black students who want to study in the language. The fourth-year law student from Oudtshoorn came to study at Pukke because it the only affordable Afrikaans-medium university.

“I don’t want Afrikaans to be scrapped, but I do see how other students struggle with the translation devices,” he says.

Jonkers is a member of the council of societies of the students’ representative council, one of two SRC portfolios that are reserved for black students. Until last year, they were the only two portfolios black students have been voted into.

“I have the advantage of learning in Afrikaans but I am still black here.

“You only exist here when you speak Afrikaans on this campus – and if you turn a blind eye to the inequalities that exist.”

English is the only module that Jonkers has not taken in Afrikaans. “All I want for our campus is that black students be included, from something as simple as the music that gets played at freshers’ parties to cultural activities.”

Two hundred kilometres away, the main entrance of the Mahikeng campus is cluttered with private security guards. They diligently check the identity of anyone who wants to enter the campus.

Beyond the gates, the campus is a ghost town – empty parking lots, empty lecture halls – a glaring opposite of Potchefstroom the day before.

These are not the only differences between the two campuses.

Last week, after a fire broke out during a protest, the NWU’s management announced that the Mahikeng campus would be closed and the academic programme would resume on March 29.

Second-year education student Tsholofelo Masinga, who was on her way to write a test, was caught in the crossfire of the protest last week.

She now lies in the surgical ward of the Mahikeng Regional Hospital, trying to remain upbeat despite the pain from surgery to remove a bullet in a calf muscle.

She was shot while running away from a large crowd of students moving in her direction when the police opened fire.

She is upset that her life has been put on hold for a protest that she was not even involved in. Masinga enjoys university and longs to return, but she must recover first before that can happen.

Tsholofelo Masinga was fleeing the protests on Mahikeng campus when she took a bullet to the leg.

Under the leadership of former national education minister Kader Asmal, several institutions of higher learning were merged in 2004 to reform an education system envisioned by apartheid architect HF Verwoerd.

Like many of its counterparts, the NWU merger saw a historically black institution, formerly known as the University of Bophuthatswana, combine with Potchefstroom and its extension campus in the Vaal.

According to the NWU, it has been one of the more successful mergers. The university has gained a healthy financial surplus, improved pass rates and increased research output.

But Aobakwe Motsokwane, a final-year media studies student at the Mahikeng campus, is unhappy about how the university’s management handled the student protests.

The 21-year-old lives in a back room of a family friend’s house in Montshioa, about 10km from campus. He pays R700 a month for the room and walks to campus to curb his expenses.

His father, a merchandiser, is the sole breadwinner and has paid for Motsokwane’s tuition since first year.

“It takes me about 45 minutes to get to campus everyday. It has been hard and now I am worried I will not graduate on time.”

He hopes to study for honours, but the question of funding his studies is a constant weight on his shoulders.

“I have never been to the Potch campus, but I know that they are better off than we are.”

On the outskirts of Vanderbjilpark is the third and smallest campus of the NWU.

It’s a Wednesday and at lunchtime the students are scattered about in small groups around the campus’s various buildings.

Buildings were burnt during the demonstration.

Oratile Kganaga is a first-year psychology student at the Vaal campus, but she has also studied at the Potchefstroom campus.

Her first two months at the Vaal campus have been good and she can see stark differences between the two.

“I don’t have to try and fit in here. At Pukke, I needed to make a conscious effort to be accepted. It feels good to just simply be accepted the way I am.”

She says the most visible difference is the fact that there are very few white students staying in the Vaal residences.

“Next week my residence is having an indigenous games social. This made me realise that there is a cultural difference in the residence life,” she said.

It is difficult for Pukke to distance itself from Afrikaner culture because that is why the university exists, Kganaga says, but it makes it difficult for black students to fit in.

She is also pleased that she no longer needs to use translation devices, but she misses Pukke’s activities on campus, such as promotions by different companies.

“I feel so much like myself on the Vaal campus. That is a feeling I appreciate the most,” Kganaga says.

“For far too long we have accepted Pukke for its language policy. It took coming here to realise that it needs to change.”

Hundreds of kilometres separate the three campuses and there have been many efforts to unify them, but, according to the students, it will take more than just a name to bring that about.