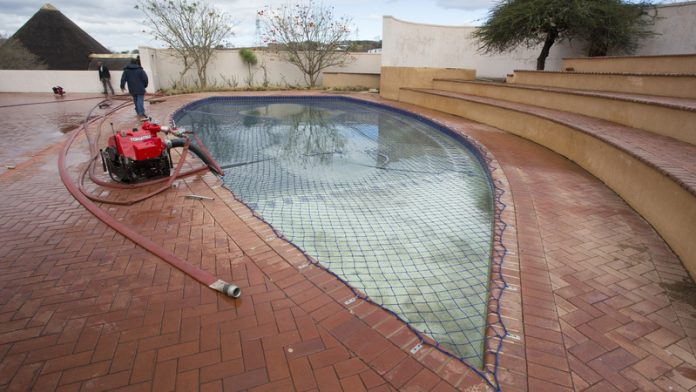 In fact, many now say they maintained all along that Zuma should refund the state. The latest leader trying to airbrush the party’s recent history is Stone Sizani, who resigned as the party’s chief whip on Wednesday.

He told the Mail & Guardian the ANC caucus in Parliament has “been consistent on our position that President Zuma needed to pay a portion of the Nkandla money in line with the public protector’s decision”. These are the words of the same man who, shortly after Thuli Madonsela’s report on Nkandla was released in March 2014, claimed the public protector flouted the Act that established her office.

There were individual ANC leaders who spoke out in defence of the public protector and who had recommended Zuma pay back the money for the non-security improvements to his home. Only one was a member of Sizani’s caucus at the time: Trevor Manuel. With one foot already on the way out of politics and the other still inside the ministry in the presidency, Manuel urged the ruling party to respect Madonsela’s report.

Of the ANC’s national executive committee members, Gauteng ANC chairperson Paul Mashatile was the most publicly outspoken: he said the state should be refunded for the non-security upgrades at Nkandla.

ANC stalwarts such as Pallo Jordan and Ben Turok wanted Zuma to do the right thing, as did former president Thabo Mbeki and former deputy president Kgalema Motlanthe. None of them represented the mainstream or official party position.

The rest of the ANC leaders tried to stall processes, for instance in the party’s initial resistance to setting up a parliamentary committee to consider the report. The ad hoc committee eventually – and sometimes comically – defended the president’s view on Nkandla.

Zuma himself did his best to question Madonsela’s authority and, in May last year, told the National Assembly: “I won’t pay back the money until a determination by the appointed people has been made.” By “appointed people” he presumably meant the police minister, who had been told to calculate his debt; the minister said it was zero.

Last month, threatened with Constitutional Court action, Zuma suddenly made an about-turn and said he would pay back the money. His defenders – many of whom felt they had been thrown under the bus – were forced to do a U-turn too, and now seem to have memory failure.

Zuma should ask himself: If people can forget their history this easily, how long will they remember personal loyalties?