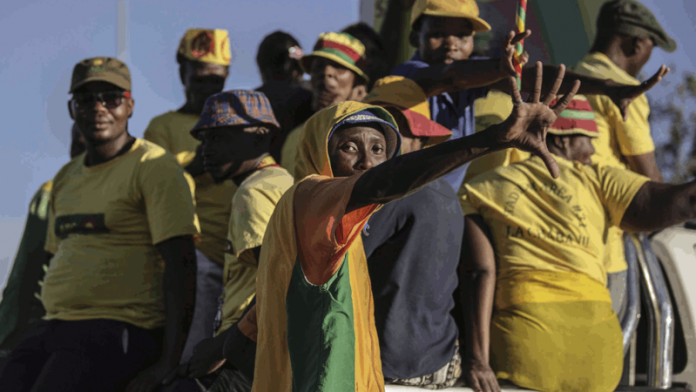 The opposition in Lesotho has boycotted Parliament for the past nine months, and two events last week show the extent to which the impasse has left a dent in the country’s democratic credibility.

On Monday March 1, Parliament convened to discuss and pass its budget. It is the second consecutive national budget passed without the full attendance of the opposition.

The government also held a meeting with the opposition to discuss their grievances and their boycott. But the leaders of the opposition, who are in exile, did not attend the meeting, which raises doubts about whether this and other similar meetings will bear fruit.

The outcome of these developments are critical to the stability, governance and democratic credibility of the country.

The parliamentary logjam began at the end of June last year when former prime minister Thomas Thabane – now the leader of the official opposition – fled to South Africa. Thabane and his counterparts from the Basotho National Party and the Reformed Congress of Lesotho claim that members of the Lesotho Defence Force (LDF) were plotting to kill them.

Despite an intervention by the Southern African Development Community (SADC), the opposition leaders are still in exile and their colleagues have boycotted parliamentary sittings.

They demand, among other things, the safe return of their leaders and other exiles, and the removal of Lesotho’s army chief, Lieutenant General Tlali Kamoli.

The government says the opposition’s concerns are groundless, but Thabane has insisted that he will only return to Lesotho if he is protected by SADC.

As a multiparty democracy, the effectiveness of the party system in Lesotho’s Parliament depends on a working relationship between the government and the opposition. But the continued boycott shows that Basotho politicians are unable or unwilling to resolve the stalemate, which is affecting Lesotho’s standing in the international community.

Donor confidence is waning, which is a major concern for the country’s economy, given its dependence on external funding.

Last week, the European Union decided not to disburse €26.85-million meant to support Lesotho’s budget, citing a failure to meet its eligibility conditions.

The United States also deferred granting Lesotho aid from its Millennium Challenge Corporation last year, citing security and political unrest. Its eligibility will be reconsidered during the course of the year.

Another reason the boycott is so significant is the fact that the governing coalition has a relatively slim majority of 54% of seats in the legislature. The total number of opposition MPs is 55 and the governing coalition has 65 seats in Lesotho’s 120-member legislature. The strength of the opposition makes it impossible for the government to institute constitutional reforms, which require a two-thirds majority.

The boycott has also called attention to the position of Kamoli – the elephant in the room of Lesotho’s politics. He was dismissed from this position by the previous coalition government in 2014, and Thabane accused him of a coup attempt the same year. He was reinstated last year by Lesotho’s new coalition government under Prime Minister Pakalitha Mosisili.

It was under Kamoli that a former LDF commander, Lieutenant General Maaparankoe Mahao, was killed by his colleagues who had arrived to arrest him for an alleged mutiny plot. Twenty-three soldiers have subsequently been charged with mutiny and incarcerated. Their court martial has been postponed until May this year.

A SADC commission of inquiry into Mahao’s killing and the political disturbances in the country recommended that Kamoli be removed from his post. The report of the inquiry also recommended that the government must ensure the safe return of the exiled opposition leaders and that the mutiny suspects be released.

Donors have described the prevailing situation as a step backwards in Lesotho’s democratic development, and SADC threatened to suspend it for failing to abide by its decisions.

SADC has reportedly given the government a new deadline of March 31 to prepare a road map to implement its recommendations, and it will deploy an oversight committee to monitor progress on the ground.

The opposition maintains they will not go back to Parliament to give legitimacy to what they describe as an unaccountable government.

Boycott has ‘outlived’ its political usefulness
The parliamentary stand-off now also rests on the implementation of the SADC report, which is likely to be very slow, if it happens at all.

Tsoeu Petlane, the director of the Transformation Resource Centre, a Maseru-based nongovernmental organisation, says there is little political will to implement the recommendations of the report.

“Mosisili did not release the report to the public but to Parliament instead. This has implications for how it will be processed. One of his most glaring comments was that the [SADC] commission’s work was reprehensible in many aspects. He also said the recommendations were not binding, and that some will not see the light of day.”

Petlane says the opposition boycott of Parliament has outlived its political usefulness.

“It is denying them input into debates on crucial national issues, including the interrogation of the SADC commission report.

“They also need to be in Parliament to insist on other priorities, including the Human Rights Commission Bill that is currently under discussion. If passed in their absence, we may see Lesotho establish an institution that does not meet international standards,” he says.

“This would be a disservice to Lesotho beyond the current term of government and Parliament.”

“The exiled opposition is not being honest about their safety; they have been spotted many times in Maseru and are simply refusing to go home to gain political mileage,” he says.

“The issue of the opposition in Parliament is not negotiable, especially because the boycott has nothing to do with Parliament. They left Parliament on their own accord. In fact, they are violating Lesotho’s Constitution.”

According to Section 60 of the Constitution (as amended in 1997), “a senator or a member of the National Assembly has to vacate his or her seat if absent from one-third of the total number of seatings in Parliament without the written permission of the speaker of Parliament”.

Certainly, the opposition does not have permission from the speaker to embark on and continue with the boycott, but the government has not acted on this provision yet.

In Lesotho, Parliament can sit with a minimum of 30 MPs. Its parliamentary standing orders put the mandatory quorum of Parliament and its committees at 30 MPs, besides the person presiding. This means Parliament can still sit and conduct its business without the opposition.

But clearly its effectiveness is being undermined by the absence of opposition MPs, who also sit on the different parliamentary committees.

The crux is that, without the opposition, Lesotho’s government in effect operates like a one-party regime, an image that it should be steering away from. Regardless of the position of the government, it needs the opposition back in Parliament to bolster its legitimacy and to prove its commitment to change.

It would also ease the pressure being placed on the government by donors and SADC.

Dimpho Motsamai is a researcher specialising in conflict prevention and risk analysis at the Institute for Security Studies in Pretoria.