Food prices to rise as retailers forced to pass on costs 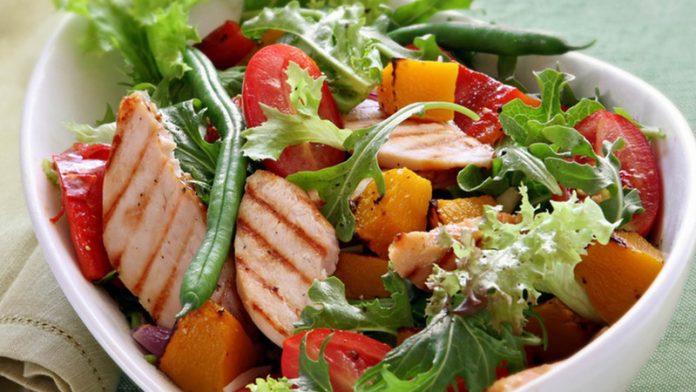 The till slip at the end of your weekly or monthly shopping trip to the local supermarket may leave you with heart palpitations. But your neighbourhood retailer may well have been cushioning you against the worst of food price increases in recent months.

According to economists, South Africa’s largest retail companies in particular have been holding the line against passing on the full effect of food price increases to stressed consumers, despite the drought and the resultant record increases in the price of raw foodstuffs.

But, they say, retailers are unlikely to keep this up in the year ahead in the face of continued currency weakness and the rising pressure of food inflation.

Food price increases measured by the likes of Statistics South Africa (StatsSA) have outstripped the internal inflation numbers that have been published by some large retailers.

During its interim results for the six months until August 2015, announced in October, Pick n Pay said it had managed to keep its internal selling price inflation to about 3%, well below the 4.8% consumer price index (CPI) food inflation recorded at the time.

In February, in its interim results for the six months until December 2015, Shoprite said it had halved its internal food inflation to 2.2%. In a separate statement, the company said, for the month of December, it had kept its internal food inflation at a three-year low of 1.7%. This was thanks to the fact that it had procured its general merchandise before the significant depreciation in the rand, as well as strong festive season promotions.

The year-on-year CPI food inflation for December was recorded at 5.9%.

The effect of food prices on South Africans, especially the poor, is a growing worry for the state.

Finance Minister Pravin Gordhan told a business gathering hosted by Deloitte last week that the government wants to work with the private sector on ways to mitigate the effect of the drought on food prices.

“What can we do collaboratively to manage inflation in food prices, to make sure that food security is assured to South Africans who are worst hit by the drought?” Gordhan asked.

The kind of collaboration he is seeking stemmed from recent talks between the government and business leaders on how to address the many challenges facing the country’s economy.

StatsSA, in its most recent CPI survey for the month of January, reported a year-on-year increase of 6.9% for food and nonalcoholic beverages. Data from other agencies reflect similar hikes.

In its latest food basket price monitor, for the month of January, the markets and economics research centre of the National Agricultural Marketing Council recorded year-on-year food price increases of 8.7%.

Several food items have increased dramatically, including black tea, which has risen by about 22.62%, frozen chicken portions, which rose by 26.77%, and tomatoes, which rose by about 19.55%.

Nevertheless, according to Wandile Sihlobo, an economist for GrainSA, it appears that some of the major retailers have not been passing on the full extent of price increases to consumers, as has been the case in previous years.

By December 2015, prices for white maize had increased year on year by 157%, Sihlobo said, but prices for products such as maize meal had only increased by 22% by January, “meaning that they didn’t reflect the price increases seen on the raw commodities side”.

Maize prices started rising in February last year, and there is generally a lag of about six to nine months for the price of raw commodities to feed into the price of food products such as maize meal, he said, suggesting that current food prices still did not reflect the full increase in raw commodities.

“Retailers have been absorbing some of the costs,” he said, probably because of concerns about maintaining their customer base.

Gina Schoeman, an economist for Citibank, said the passing on of costs in general – from currency depreciation to food price rises – has been “lower than usual” since the 2009 recession because of weaker consumer demand.

The country’s large retailers, in particular, have taken advantage of their significant economies of scale to find ways of reducing operational costs to maintain profit margins, yet pass on less inflation than usual to the consumer, Schoeman said.

If the consumer’s financial standing is weak, the consumer will trade down or switch between retailers if inflation rises too quickly, she said.

But this will change.

During the coming year, given the rapid extent of food price increases and the depreciation of the rand, retailers will be forced to pass on slightly more inflation to their customers than they have in recent years, she said.

It is important to note that the CPI food inflation figures capture only the listed price of food items in the basket of items measured by StatsSA, which remains fixed from one month to the next, she said.

“Generally you will find that they [retailers] are probably reporting over a longer period,” he said, leading to more benign numbers.

There are also various methods by which inflation can be calculated and retailers do not necessarily explain the methodologies they use.

The figures reported by StatsSA and other bodies are comprised of a basket of products that remain relatively static, he said.

They tended not to factor in customers who trade down on particular items during periods of inflation, a classic example being a customer who opts to buy a retailer’s house-brand or private-label cola, instead of buying Coca-Cola, when they are feeling cost pressures.

“What you find, in the real world, is the customer’s actual food basket costing much less,” he said.

Although more efficient buying from suppliers played a role in the retailers’ ability to keep a lid on internal inflation, he said this should not be overstated because it is less important than other measures such as improved business operations.

Despite the tough climate, retailers will continue their efforts to cushion the effects of increases on their customers by improving operational efficiencies, maintaining sources of supply, including by ensuring that increases from food manufacturers are justified, and by designing pricing promotions that are “geared towards helping consumers through difficult times”, he said.

In the coming months, it is unlikely that retailers will be able to “defy gravity” and avoid further food price increases, he said. Nevertheless, they will “probably” still end up reporting numbers that are lower than those of bodies such as StatsSA.