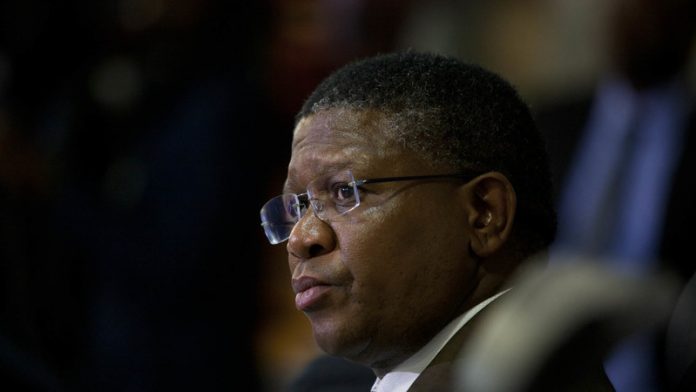 Sports Minister Fikile Mbalula has demanded that Fifa retract its allegations that South African football officials were part of a massive web of alleged bribery at the world football body.

This was after Fifa’s March 14 announcement that it had immediately banned three South African football officials – Leslie Sedibe, Steve Goddard and Adeel Carelse – from all national and international football-related activities over allegations of match fixing ahead of the 2010 Soccer World Cup.

Fifa also said it was filing a claim in the US to get back money it believes was involved in votes for bribes, saying the world body had been violated and its image damaged.

Mbalula accused Fifa of going back on its word when it promised to give him a copy of its report into its investigation into bribery and match fixing, saying the first he heard of the allegations against the three South Africans was in Fifa’s statement earlier this week.

He said he had asked Fifa several times to speed up its investigation into the claim,s because it was reducing South Africa to a caricature.

He was astounded that Fifa had changed the focus from it being the subject of an investigation into bribery allegations around the 2010 World Cup hosted in South Africa, into “miraculously” becoming the victim of a crime.

The $10m that Fifa now wanted paid back over alleged misuse, was approved by Fifa, with the SA Football Association and the World Cup’s local organising committee, to go towards the Africa Diaspora Legacy Programme, he reiterated.

He said the money was transferred to the Caribbean by Fifa for the legacy fund. South Africa did not pay the money and no taxpayer money was used.

‘We have got nothing to hide’
Mbalula said the world football body had shifted the blame away from itself and was now pursuing criminal charges against individuals and demanding financial restitution based on the indictment by the US authorities.

He said an investigation did not mean people were guilty.

“South Africa refuses to drown itself in the blame and victim mentality game.”

South Africa was prepared to collaborate with US law enforcement agents, but from where South Africa stands, it did nothing wrong.

“We believe that Fifa must retract its statement,” he said.

Fifa has said that its case was based on an FBI investigation and a US district court indictment.

“Whatever they want from us as government… we are ready to meet with them in the coming weeks.”

“So, we have got nothing to hide… As a minister we take affront to the way this has been conducted,” he said.

“The South African government considers it an insult to reduce one of its hallmark programmes to a mere caricature.” – News24