I can be both goddess and pot stirrer 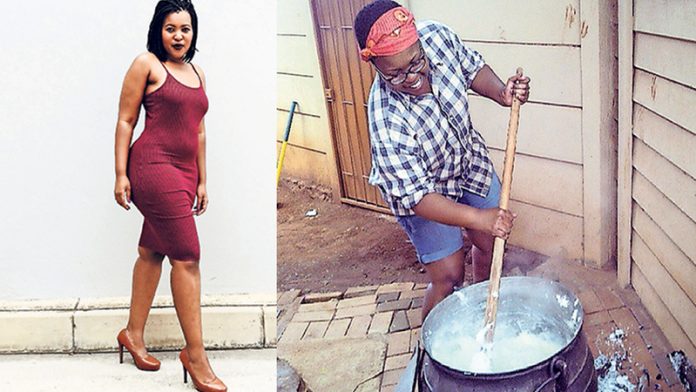 In the world where women are pigeonholed, the hashtag #ICanBeBoth sees women claiming their right to be multifaceted people.

This social media campaign originated in the United States to show that women, particularly women of colour, can be sexy and fun but also professionals and career-focused.

Women have been participating in the campaign by posting pictures of themselves at social gatherings, donning short dresses and wearing make-up, alongside photos of themselves in their professional capacities.

We have seen it time and again in movies and on television shows: the woman at the top of her career and financially stable lacks a social life and is perpetually unsuccessful in love – or the one who is sexy and adventurous is considered promiscuous or is stuck in a dead-end job.

The entertainment world often offers us female characters who have to choose one desire over the other, but this phenomenon also extends to the banal activities of our daily lives.

I once posted a video on social media of myself stirring a size 25 three-legged cast-iron pot of pap over a fire at my family’s annual Christmas gathering. Although many of my Instagram followers were impressed by my ability to master this task, which is often reserved for the older women in the family, an acquaintance called me to express his shock.

He simply did not believe that I had actually been cooking the pap and suspected that I may have done it purely for 15 seconds of fame on Instagram – which is quite possible, considering our preoccupation with looking good on the internet.

He finally believed me after much convincing. “I have never pictured you to be that kind of girl,” he said. “You seem too put-together to be this home-trained.”

And there it was: the assumption that I cannot cook simply because I choose to dress up and wear make-up regularly.

The dichotomisation of women into “good girls” or “bad girls” is a way of assigning respectability that goes beyond someone thinking I cannot cook because I have manicured nails. This notion also determines what “kind” of women will gain sympathy in certain situations and leaves them in a place of vulnerability and danger: it suggests there is something that they can do to ensure they are not harassed or raped.

It is also a form of policing women’s bodies, deciding what we can and cannot do, who is worthy to be respected and who isn’t – and, ultimately, who can and cannot be “legitimately raped”.

As writer Danielle Bowler says: “We own our bodies. We decide how to dress, accessorise them and adorn them; we decide whether we would like body art, or who gets to share our bodies. We make decisions about sex and sexuality, and how we will ultimately present our bodies to the world. But these decisions don’t happen in a vacuum. Once you put these bodies into the context of the world we live in, permeated by pervasive rape culture, that ownership and agency is complicated.”

While #ICanBeBoth seems to be just another form of hashtag activism, it speaks to a much bigger and more important issue in our society.

It confronts the generalisations that the value of a woman – whether she is in the club, on the street corner, in the kitchen or in church praying for her family – is determined by her actions. In simple terms, #ICanBeBoth is there to celebrate the full humanity of women.

The world has a chance to improve the lives of women, especially those living in Africa
Read more
Coronavirus

Automation is unstoppable, but if we're strategic about its implementation, it presents major opportunities
Read more
Opinion

The queen bee syndrome, whereby women in power consciously impede the development of other women in the workplace, is slowly gaining ground in South Africa
Read more
Advertising
Continue to the category
Politics