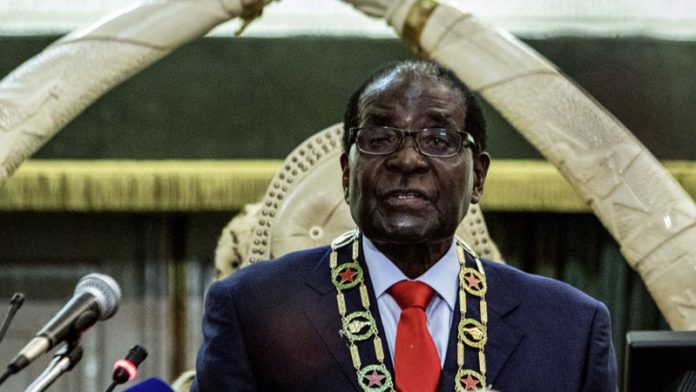 Since coming to political power, the anticolonial movements of Angola, Mozambique, Zimbabwe, Namibia and South Africa have remained in control of the former settler colonies’ societies.

At best their track record of running the countries they helped liberate is mixed. From the “oiligarchy” in Angola under José Eduardo dos Santos and his family clan and the autocratic “Zanufication” under Zimbabwean President Robert Mugabe to the presidential successions in Mozambique, Namibia and South Africa, all movements embarked on what could be termed “state capture”.

During the years of organised resistance, activists in the liberation movements often internalised a “we-they” divide that categorised people as comrades or enemies. This was true in exile politics and armed struggle, as well as militant internal underground mobilisation.

The repressive regimes the liberation movements opposed were based on human rights violations as an integral component of minority rule. To have a chance of success against them, the struggle mainly operated along the lines of command and obedience. Operating in exile or for a banned organisation at home left no room for complacency. Suspicion was required for survival. It is normal for resistance movements to adopt rough survival strategies and techniques while fighting an oppressive regime.

Unfortunately that culture takes root and is permanently nurtured. Such confrontational mentality has become entrenched in an authoritarian political culture that is based on the claim that liberators have an entitlement to rule within a new elite project. This has happened much to the frustration of those who believed that the struggle against settler colonialism was also a struggle against a range of other things. These include economic exploitation, redistribution of wealth, plural democracy and respect for human dignity, rights and civil liberties.

This happened in societies in transition almost everywhere. Those who sacrificed during the resistance felt in many cases entitled to new privileges as a kind of compensation and reward. As a new elite, they also often mimicked the lifestyles of those they replaced. Mugabe’s cultivation of Oxford English is as much a case in point as the new Indian elite culture analysed by Ashis Nandy in “The Intimate Enemy”.

There is also nothing new about militant movements that are supposedly justified in ethical and moral terms losing their legitimacy quickly when obtaining power. Since the French Revolution, liberators have often turned into oppressors, victims into perpetrators. New regimes often resemble features of the old one.

Wounds old and new
Armed resistance was in different degrees part of the liberation struggles in the southern African settler colonies. While liberation did not come from the barrel of a gun, the military component accelerated the process towards self-determination. In the cases of Zimbabwe, Namibia and, to a lesser extent, South Africa, it was a contributing factor for a negotiated transition towards majority rule.

The compromises required from all sides were part of a wider appeasement strategy tantamount to elite pacts. Negotiated transfer of political power did not abandon the settler colonial structures of society.

It bears repetition that the unscrupulously violent character of the Zimbabwe African National Union (ZANU) regime had already revealed itself in the early to mid-1980s. Already during the exile years internal power struggles led to assassinations and showed the brute force inherent in liberation struggles, even within their own ranks. This willingness to resort to violence was seen on a massive scale after independence as it was turned against political opponents and their support base.

A special unit killed an estimated 20 000 people through Operation Gukurahundi, where the opposition Zimbabwe African People’s Union (ZAPU) had most support. Atrocities bordering on genocide did not stop until ZAPU agreed to sign a pact. ZANU basically took ZAPU over.

When the Movement for Democratic Change as a new opposition party turned into a serious competitor, the Chimurenga, or revolutionary struggle, became a permanent institution. Violence was the customary response to political protest. And as political power shifted away from Mugabe after the lost referendum in 2000, his regime became more violent.

Swapo’s human rights violations have also been downplayed. In the 1980s the organisation imprisoned thousands of its members in dungeons in southern Angola, accusing them of spying on behalf of South Africa. These people lost their liberty and often their lives in spite of never having been proven guilty. Indeed, they were not even brought to trial. Most did not survive the torture. Those released are scorned even today.

While political leaders of these movements might not have practised such acts of violence themselves, they were accomplices and knew of them.

South Africa’s trajectory is sobering too. Given the country’s vibrant political culture pre-democracy, the prospects for democracy were more encouraging.

But the horrific degree of violence displayed by those executing “law and order” on behalf of the South African state in Marikana was a reminder that Sharpeville was not past.

As early as 1990, veteran underground activist and later constitutional judge Albie Sachs expressed doubts that ANC activists were ready for freedom. He worried about the habits they had cultivated. While the culture and discipline of resistance may have served as a survival strategy in the underground, these skills were not those of free citizens.

Raymond Suttner’s work, based on his view from the inside, points out that ANC ideology and rhetoric do not distinguish between the liberation movement and the people. The liberation movement is a prototype of a state within the state – one that sees itself as the only legitimate source of power.

He also explains how during the struggle there was a general suppression of “the personal” in favour of “the collective”. Individual judgment, and thereby autonomy, was substituted by a collective decision from the leadership. Such a “warrior culture” included heroic acts, but also the abuse of power.

As in many instances, women – as mothers, wives and daughters, but also as objects for satisfying sexual desires – paid the highest price and made the greatest sacrifices.

South Africa’s Truth and Reconciliation Commission, institutionalised by the government, also talked about human rights violations committed by the ANC. Although the final official report containing these findings was never published in its original form, President Nelson Mandela did not shy away from earlier offering a public apology to the victims of the ANC’s failures to respect basic human rights.

Beyond the ‘end of history’
As we now know, postcolonial life looks for far too many people very much like that of the colonial era in respect to day-to-day living. One reason for this is that socialisation and attitudes from the struggle have shaped the new political leaders’ understanding of politics – and their idea of how to wield power.

In office, liberation movements tend to mark “the end of history”. Their party machineries – as sociologist Roger Southall describes it – promote the equation that the party is the government and the government is the state. Any political alternative that does not emerge from within will not be acceptable.

This attitude explains the strong sense of camaraderie between the Mugabe regime and the governments of Angola, Mozambique, Namibia and South Africa. Typically, any political alternative will be discredited as being part of an imperialist conspiracy that is designed to sabotage national independence and is seeking “regime change”.

The relevant categories of thought are winners and losers. But democracy is about something completely different: compromise, and even a search for consensus, in pursuit of the public good. To achieve that, one does not need mindsets in combat mode, but rather a broad political debate.

Looking at the history of the liberation struggles in southern Africa can, therefore, also open our eyes and sharpen our sensibility, awareness and understanding of forms of rule that show clear limitations for genuine emancipation and liberation.

We should also critically reflect on those – within the countries and globally – who rendered those movements support. How have they positioned themselves vis-à-vis the new power structures? How are they practising the notion of solidarity in the context of inequalities and injustices?

We should return to the mindsets, values, norms and expectations of those who supported these struggles. The notion of solidarity might then live on with a similar uncompromising meaning and practice.

“A luta continua [The struggle continues]” as a popular slogan during the struggle days would then not translate into “the looting continues” but return to its true meaning. If implemented accordingly, it underlines that there is no end of history when it comes to social struggles for true emancipation, equality, liberty and justice.