Feminism has always been African 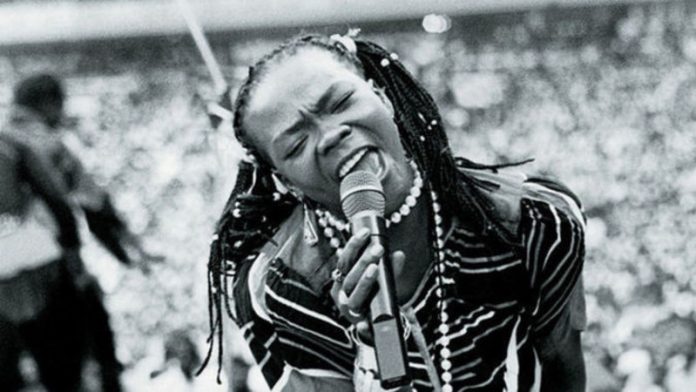 The most overused argument against feminism in the African context is often rooted in saying that it is “unAfrican”, but the beauty of feminism in Africa is that it has existed long before the word even reached our shores.

Writer and poet Koleka Putuma explains the dynamic nature of how feminism works in her own life: “My grandma’s feminism doesn’t sound like mine. I say patriarchy. She says: ‘Fok! Amadoda … Mxm!’ It’s all the same thing really. Different era.”

I have never heard my mother say the word “feminist”, but I am very confident that in many ways she is one.

In our house chores were not assigned by gender – my older brothers were expected to clean and cook just like my sister and I were. In fact my oldest brother, who is 13 years my senior, was in charge of changing my nappies, making my formula and bathing me – something that was considered unusual for a boy child to do. Our grandmothers and mothers may not have the language and terms that are used by Crenshaw, hooks, Morrison or Gqola, but for years they have been able to personify what woman empowerment looks like.

Writer and blogger Mina Salami, most popular for her blog Ms Afropolitan, has continually argued that the earliest forms of African feminism can be traced back to pre-colonial Africa. There were women who possessed political, economic, physical and spiritual power.

This can be seen through the Fon women of Dahomey or the women who used their powers to achieve justice such as Makeda of Ethiopia, Nzinga of Angola or Mkabayi of Zululand during the reign on the Zulu warrior Shaka Zulu.

Throughout his reign and from the time Shaka and his mother Nandi were kicked out of the Zulu kingdom, it was women who were at the forefront of protecting him and ensuring his kingship.

A feminist perspective on Shaka Zulu shows that African feminism has always existed in African communities, even though the actual word “feminism” is a Western concept. African feminism is when the mothers of political prisoners in Uhuru Park, in Kenya, stripped naked to demand the release of their children.

It is the Aba Women’s Riot of 1929 when thousands of Igbo women from the southeastern region of Nigeria revolted against the policies put in place by the British colony. African feminism was the August 9 march of 1956, when women in South Africa marched to Union Buildings to demand an end to pass laws.

In contemporary African societies, African feminists have moved away from critiquing Western feminisms to creating and curating spaces where they can embrace themselves and others. Online platforms like Melenial Magazine and HolaAfrika; movements like Feminist Stokvel and #ForBlackGirlsOnly; even YouTube series such as An African City are a few of the many ways that black women and non-binary people have become more pro-active and concerned about the issues that matter to them.

As a young black woman who grew up in post-1994 South Africa, where I struggled to find representations of black womanhood on television, radio and in magazines, the greatest manifestation of African feminisms has been through witnessing and being part of its growth.

It is important to note the use of the plural form of the word feminism, because one cannot expect the ideology of feminism to manifest homogenously in a continent as large as Africa – or in any community. The use of the word “feminisms” indicates that there are nuances that exist with the movement and it also shows that at the root of feminism is choice.

This is why we African women continue to organise and tell our own stories. We come from a lineage of black women who have always been warriors – Mkabayi, Nzinga, Makeba, Fassie, Maxeke or Madikizela. African feminisms take many shapes.