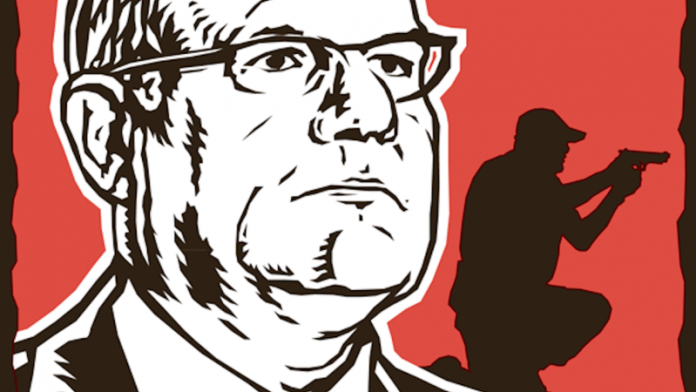 NDPP Shawn Abrahams has not only abused the power he holds as the country’s top prosecutor, but has also acted unlawfully and violated the Constitution, according to an application submitted to the Durban High Court by suspended KwaZulu-Natal Hawks head Johan Booysen and 18 members of the former Cato Manor serious and violent crimes unit.

It also emerged that the national director of public prosecutions (NDPP) had offered to pay the legal expenses of the 18 other officers who had challenged the charges.

In the application, Booysen claims that Abrahams was attempting to undermine the court by getting it to rule for a second time on a case on which it had already given judgment.

The application, a copy of which is in ANA’s possession, points out that Abrahams’s decision to institute racketeering charges against Booysen and the 18 others was not based on any new evidence being presented to the court.

Booysen claims that Abrahams’s authorisations to prosecute were invalid because he had issued them before withdrawing his predecessor, then acting NDPP Nomgcobo Jiba’s certificates authorising a racketeering prosecution.

He states Abrahams’s decision was based on the same facts that Jiba brought against him in 2012 and which were subsequently set aside by Durban High Court Judge Trevor Gorven in February 2014.

Booysen argues in the application that no new evidence has been presented to prompt the latest authorisation by Abrahams.

“Both our attorney and I have been informed by the police and the prosecutor that ‘nothing has changed’ and that adv Abrahams did not rely on any information that was not before adv Jiba. Indeed, adv Abrahams does not appear to have applied his mind to whether or not he should authorise the charges. For example, if he had so applied his mind, he could not and indeed would not have authorised POCA [Prevention of Organised Crime Act] charges against somebody who was already deceased. But that is what he did.”

Booysen argued during his application more than two years ago to have the Jiba charges set aside that she had made a decision on facts and evidence not in her possession at the time and that there was no evidence linking him to the crimes that made up the racketeering charges.

Gorven agreed with Booysens’s assertion and was scathing about Jiba, saying in his judgment: “Even accepting the least stringent test for rationality imaginable, the decision of the NDPP does not pass muster. I can conceive of no test for rationality, however relaxed, which could be satisfied by her [Jiba’s] explanation.”

In this latest application, Booysen argues that a court has already ruled on the same facts and that Abrahams can only charge him if there is new evidence.

Booysen says that unless Abrahams presents “additional relevant evidence of some sort, the NDPP cannot take a fresh decision to authorise charges against me”.

“It is a plain abuse of power to attempt to undermine this court’s existing decision.”

The application reveals that Abrahams not only withdrew Jiba’s authorisation against Booysen, but also the authorisation for the racketeering charges she brought against the other 18 officers. But this was only after he had asked them to withdraw their application currently before the court to have the Jiba charges set aside and pay the State’s legal costs.

When they refused, Abrahams informed them last month that the Jiba’s authorisation for racketeering charges brought against them had been withdrawn and he was prepared to pay their legal fees up to February 2016. The court had yet to rule on the application brought by the 18 men against the charges authorised by Jiba.

A decision to prosecute a person on racketeering charges requires a certificate to be issued by the NDPP authorising the racketeering prosecution.

The allegation is that Booysen ran a hit squad enterprise consisting of the members of the Cato Manor unit which killed people – primarily taxi bosses – to gain financial rewards, medals, and promotions.

But according to the application, the problem with Abrahams’s latest charge is that the “enterprise” (the Cato manor serious and violent crimes unit) ceased to exist in 2006 – a full two years before the first offence was alleged to have been committed by the unit.

“Without an enterprise there could be no racketeering. It was, therefore, irrational to authorise the charges,” Booysen says.

He points out that Abrahams did not abide by the Constitution when he decided to withdraw Jiba’s authorisation and then proceeded himself to authorise the prosecution of Booysen and the other 18 on the same set of facts.

Booyen states that according to section 179 (5)(d) of the Constitution, Abrahams is obliged to give the accused a right to explain their case – something he did not do.

“Adv Abrahams was as a matter of fact reviewing decisions to prosecute or to withdraw charges. He was obliged to afford the applicants an opportunity to make representations before taking his decision.”

Booysen and the 18 officers are asking for the court to set aside the charges. They are also asking that the court rule that Abrahams’s decision to charge them is unconstitutional and finally they want the court to order that the NPA stop abusing its power.

He and the 18 men are asking the court to rule that if the NDPP decides to prosecute them to the current charges, that it should only be done if there is “credible new evidence that links the individual applicants to the charges that are authorised”.

Booysen has claimed that that he and the others were charged in a bid to prevent him from investigating businessman Thoshan Panday, who was alleged to have run a R60-million police accommodation scam during the 2010 Soccer World Cup. Panday was allegedly shielded by KwaZulu-Natal provincial police commissioner Lt-Gen Mmamonnye Ngobeni. – African News Agency (ANA)