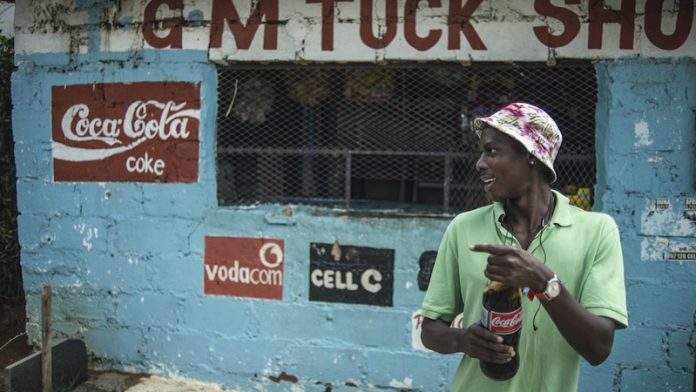 If you are poor you might as well have a target on your back. So believe the critics of major beverage firms attempting to aggressively market their sugar-laced drinks in developing countries.

At the same time the rise in diseases linked to obesity, such as diabetes and high blood pressure, is burdening already overwhelmed healthcare systems in these countries, including South Africa’s.

The knotty question of the increasing consumption of sugar-sweetened drinks, its links to obesity and ill health and the associated economic implications are under the spotlight around the world.

South Africa plans to introduce a tax on these beverages on April 1 next year, joining other countries such as Mexico.

The treasury hopes to release a draft policy paper on the intended tax by next month, according to Ismail Momoniat, its deputy director for tax and financial sector policy. Interested parties will have time to comment on the paper before the legislative framework is finalised for the tax’s implementation.

The beverage industry is targeting low- to middle-income countries because the markets in the developed world are saturated, according to Aviva Tugendhaft, the deputy director of Priceless-SA (Priority Cost-effective Lessons for Systems Strengthening South Africa) at the University of the Witwatersrand’s public school of health.

In South Africa, beverage companies have explicitly targeted the lower living standards measure groups one to three in their growth strategies, according to research by Priceless-SA. “They are targeting the poorest of the poor,” said Tugendhaft, adding that these people are particularly vulnerable to the effects of ill health.

They typically have inadequate access to disease screening and consequently are often diagnosed when it is too late. In the case of diabetes, for example, people are often at the point of blindness or amputation before their illness is picked up.

The accumulated losses to South Africa’s gross domestic product between 2006 and 2015 from diabetes, strokes and coronary heart disease amounted to R28.2-billion, according to Priceless-SA.

The treasury is focusing on the technical aspects of how to implement the tax rather than on the health issues informing the policy, Momoniat said. But tax policy does have a role in changing behaviour and takes account of the cost to society, he added.

Despite voluntary marketing pledges not to target children under the age of 12, Tugendhaft said research showed that, in the case of sugary drinks, billboard advertising in Soweto was either close to schools or on school grounds, with vendors nearby.

South Africa was in the top 10 countries for daily calories sold per capita in sugar-sweetened beverages in 2014, according to Carbonating the World, a report by the Centre for Science in the Public Interest, a Washington, DC based nonprofit advocacy group for safer and healthier foods. The report warned of the push by global drinks firms to expand their markets in developing countries.

Coca-Cola South Africa said in response to questions that as a global business it was naturally focused on strengthening its business wherever it operated.

It does not believe that a “discriminatory tax on soft drinks will effectively address the complex health challenges faced by society today”.

As a company it is doing several things to address the problems, including the provision of low- and zero-calorie drinks to allow consumers to enjoy its beverages and responsibly control their intake of calories and added sugars, Coca-Cola said.