English given equal status at Stellenbosch, made primary language of instruction at University of Pretoria 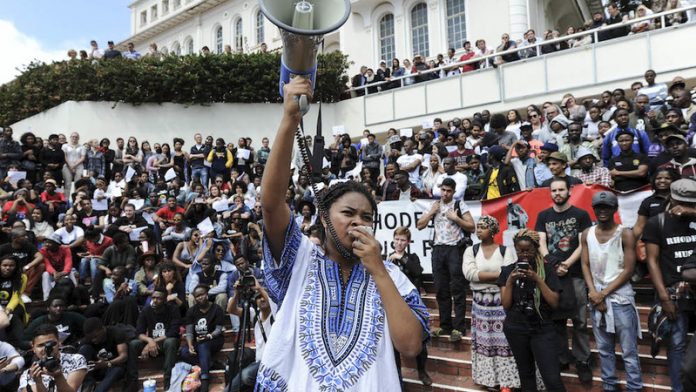 He said the policy was based on the principles that the university’s languages of instruction must promote access and academic success, and that the institution’s language policy must serve its academic project.

“The revised Language Policy acknowledges SU as a national asset and reaffirms our commitment to the users of Afrikaans, English and isiXhosa, being the three official languages of the Western Cape,” Steyn said.

Facilitating ‘social cohesion’
The policy was adopted by the council of the institution, in concurrence with the senate.

“For students who are already registered, the use of Afrikaans as a language of instruction will be phased out gradually. The implementation date is subject to the process to be followed with the department of higher education and training in order to change the statute of the university.

“The goal of the new policy is to facilitate social cohesion and promote inclusivity,” she said.

She said the university would continue to embrace and encourage multilingualism.

“This decision of the Council and Senate follows an extensive consultation process and recommendations from all stakeholders, including the language work stream that was formed as part of the transformation lekgotla and the independent transformation panel that focused on submissions from external stakeholders.”

She said it was also decided that Afrikaans should be maintained as a language of scholarship, while the development of Sepedi to a higher level of scientific discourse should be supported and adequately resourced.

Both universities adopted their policies on Wednesday. – News 24