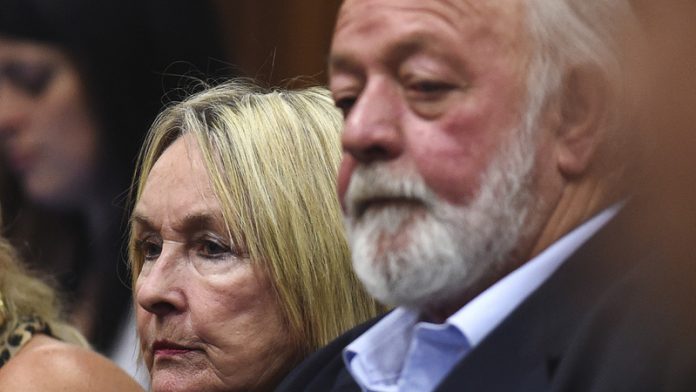 The national prosecuting authority’s (NPA) appeal of Oscar Pistorius’s “shockingly too lenient” sentence has been welcomed by the Steenkamp family and the ANC Women’s League (ANCWL).

In a statement by the Steenkamp’s lawyer the family said that they have always fully supported Gerrie Nel and his team’s fight for justice for Reeva.

As they have no input in the decision of the state to appeal, they are focusing their energy on the upcoming official media launch of The Reeva Rebecca Steenkamp Foundation on August 19, 2016, the statement said.

Jacqui Mofokeng, on behalf of the ANCWL, said she could not contain her happiness after hearing the news of the appeal.

“It was ridiculous that he get five years for homicide and six when it was a conviction of murder.”

“When he got the six year sentence I was so distraught I had to take some time out. That sentence simply was not enough for the women of this country. I hate to say it, but [Judge Thokozile] Masipa as a woman has failed us,” she said.

The NPA filed papers for leave to appeal against the sentence imposed by Judge Masipa in the Pretoria High Court.

The case has dragged on for three years since Pistorius murdered Reeva Steenkamp on February 14, 2013.

Pistorius was initially convicted of culpable homicide and sentenced by Masipa to five years in prison.

But the Supreme Court of Appeal last year ruled that the conviction should be murder and that he should be re-sentenced.

In her judgment on Pistorius’s murder sentence, Masipa said she believed that Pistorius was obviously remorseful and had believed that his girlfriend Reeva Steenkamp was an intruder.

“I am of the view that a long term of imprisonment would not serve justice in this case,” she said.

But according to papers filed by the NPA, Masipa failed to consider aggravating factors, including the fact that Pistorius fired four shots at the door and never offered an acceptable explanation for having done so.

“The Supreme Court of Appeal as well as this Court rejected the defence that the accused acted in private defence of even the putative private defence. Thus, there existed no justification for the accused’s actions,” reads the papers.

The NPA also argued that the deceased was an innocent victim of a serious crime and indeed that Steenkamp’s right to life was needlessly taken away.

“We respectfully submit that the sentence of six years imprisonment, in all the circumstances, is disproportionate to the crime of murder committed.”

“It is shockingly too lenient, and has accordingly resulted in an injustice and has the potential to bring the administration of justice into disrepute,” the NPA said.

The NPA added that this appeal would clarify principles of sentencing, particularly in crime categories for which there are prescribed minimum sentences.