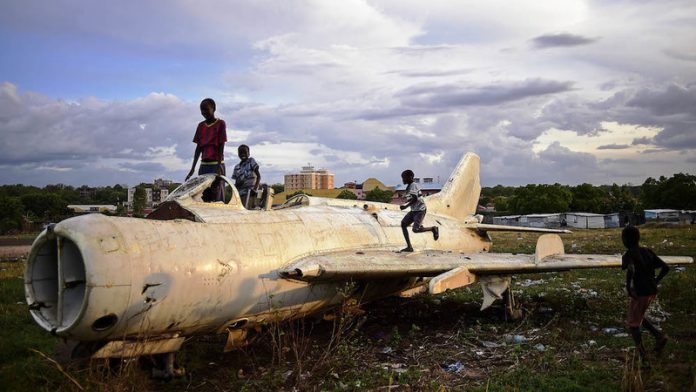 Is the world going to hell in a handbasket? It’s really hard not to feel that way at the moment. Consider the events of the past three weeks alone. During Bastille Day celebrations in Nice, a man deliberately drives a 19-tonne cargo truck into a crowd, killing 84 — of which at least 10 are children — and injuring 308. The next day, parts of the Turkish military launch a coup to seize power of the government.

More than 300 people are killed and 2100 are injured. The coup attempt ultimately fails, but in the aftermath more than 10 000 people are detained. There are reports of captured soldiers being raped, beaten, tortured and deprived of food and water. Germany experiences four violent attacks in one week. In the worst incident, a teenager shoots dead nine people in Munich before killing himself.

In the United States, the second nightclub shooting in two months claims two lives and wounds more than a dozen. A man goes on a stabbing spree at a facility for disabled people near Tokyo, killing 19 and injuring 26 in one of Japan’s deadliest mass attacks.

These events received significant media attention, because — with the exception of Turkey — they occurred in stable, developed countries where this type of violence is unusual. For once, it would not be accurate to say that they attracted greater column inches because the victims were white.

In the French attack, for instance, more than a third of those who died were Muslim. But to spotlight these events is also to acknowledge only a small fraction of the wider picture of global violence during this time. In South Sudan this month, morgues were full after renewed fighting between government and rebel forces. The total number of those killed is hard to estimate, but it certainly ran to hundreds.

I was anxiously glued to events in Juba, South Sudan’s capital, for selfish personal reasons; my brother was running a hotel there when violence flared up again. As always in Africa, expats have it better than locals. He and other foreigners were driven to the airport under armed guard while South Sudanese people clung to their vehicle begging them not to leave.

“Remember Hotel Rwanda?” they were shouting. “When the expats leave is when the real killing starts.”

Then there’s the Syrian conflict, which has become a low hum in the background of global news: an unceasing, droning soundtrack that many of us have given up on following. Air strikes launched by Syrian President Bashar al-Assad’s forces killed at least 42 civilians this week. A car bombing in a Kurdish town claimed 22 lives.

I could go on and on.

This month Kashmir has experienced its worst unrest since 2010. In Cambodia, the apparent assassination of the country’s most prominent government critic brought hundreds of thousands of people out on the streets. Ukraine is seeing a sharp flare-up in fighting against pro-Russian separatists.

If you take a look at this all in combination, as I’m doing now, it’s hard not to feel that the end times are nigh. I’m no theologian, so I can’t rule out the possibility that this might be the case. But as I generally prefer to get my revelations from experts rather than my expertise from the Book of Revelation, I recently asked historian for his view on whether we are headed for all-out global carnage.

You may say it’s weird to seek out a historian on this topic rather than, say, someone who works on contemporary terrorism or international relations. But the great thing about historians — without meaning to spell out the obvious — is that they’ve studied the conditions that led to past turmoil.

I’m not sure it would be a bad idea to replace all political analysts with historians. Historians should serve as our canaries, frantically chirping when they see the warning signs of Armageddon. This particular canary was a specialist on World War I, which I thought made him more useful than most. “Are we headed for World War III?” I asked, by way of light dinner conversation. “We are, right?” “No,” he said, with a confidence I found reassuring. (I should add that he was American, and Americans do tend to speak with misplaced confidence on practically everything.)

His argument was that current global conflict is located more within nations than between them, and that an organisation such as Islamic State is too scattered and disparate to take the world to war without the formal backing of a major state actor. Absurdly or not, that did make me feel a bit better.

I went home and pulled from my bookshelf Steven Pinker’s The Better Angels of Our Nature, in which the Harvard professor makes the case that, if you take the long view of history, we are living through one of the most peaceful periods in human existence. It just doesn’t always feel like it.

When in doubt, keep calm and take a break from the 24-hour news channels.