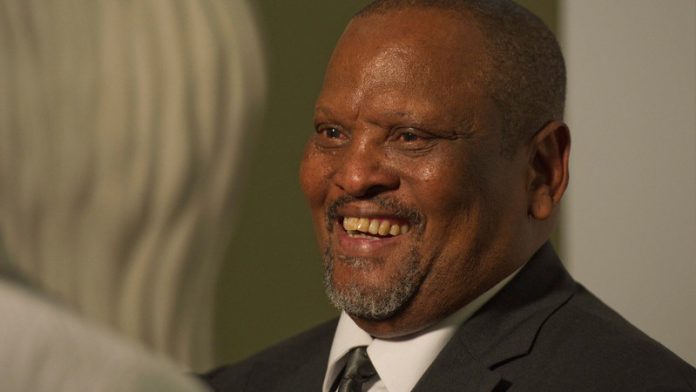 President Jacob Zuma has asked Deputy President Cyril Ramaphosa to represent the government at the funeral service of former Sports Minister Makhenkesi Stofile on Thursday – amid allegations that some within the former Fort Hare University chancellor’s circle were uncomfortable with Zuma delivering the eulogy at his funeral.

Some ANC members and family insiders told the Mail & Guardian on Tuesday that, before he died, Stofile registered his unhappiness about Zuma’s leadership style and the infighting within the governing party which saw it record its worst results during the local government elections after losing three of the of seven key metros it had previously controlled.

The presidency issued a statement on Tuesday, saying “Deputy President Cyril Ramaphosa will deliver the eulogy at the funeral, replacing President Jacob Zuma, who will travel to Nairobi, in the Republic of Kenya to participate in the Sixth Summit of the Tokyo International Conference on African Development (TICAD)”.

On August 17, the presidency issued a statement saying Zuma would deliver the eulogy at the funeral of reverend Stofile.

Contacted for comment, Zuma’s spokesperson, Bongani Ngqulunga, referred the Mail & Guardian to the presidency statement, which said he would be attending the TICAD in Nairobi.

The Stofile family’s spokesperson, Siphiwe Mpye, said the family was aware of the rumours about some family members being unhappy with Zuma speaking at the funeral, but said it was not prepared to make comments based on rumours. ANC national executive committee member and close family friend Enoch Godongwana said there might have been individuals within the family who were not happy, but it was ultimately agreed that Zuma would speak at the funeral.

“There may have been individuals who were unhappy, but it was eventually agreed that he [Zuma] must speak. It was the final decision of everybody,” said Godongwana.

He said the Stofile family would not have agreed to a state funeral if they did not want Zuma to speak at the funeral.

Deputy Finance Minister Mcebisi Jonas, who is also a family friend, reportedly told mourners at Stofile’s memorial service on Monday that Stofile was deeply disappointed with the personality cults forming around some individuals.

He said the former sports minister and ambassador to Germany had died a man disappointed by ongoing fighting in the continent’s oldest liberation movement, according to the Herald LIVE.

“He [died] at the wrong time in the sense of where we are as a revolutionary movement. More than ever we need him, that exceptional and selfless leader, to rescue our glorious movement.

“There can be no denying that our country is at a crossroads on many fronts, while many of the gains we have fought for over many decades are at risk,” Jonas was quoted as saying.

ANC stalwart Charles Nqakula reportedly said Stofile had told him recently: “Many of us who know where the ANC comes from are dying one by one because of the pain caused by troubles befalling our organisation”.

Former Deputy President Kgalema Motlanthe and former Finance Minister Trevor Manuel are expected to speak at Stofile’s funeral service at the Sports Complex of the University of Fort Hare in Alice.