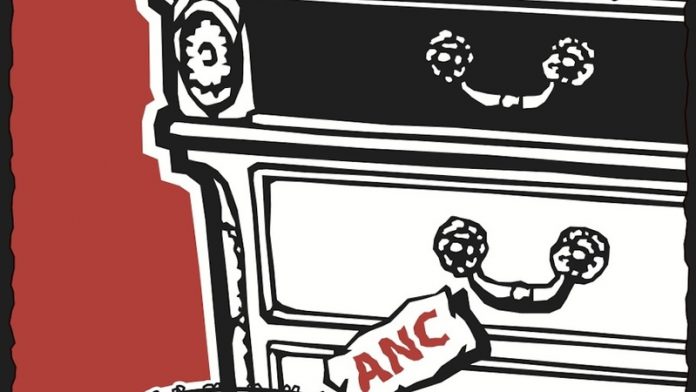 Nothing in the liberation struggle readied the ANC for the role of opposition party. Even the ANC’s worst days in government in 20 years did not prepare it for relegation to local opposition benches in the aftermath of the 2016 local elections.

The ANC has suffered several identity crises; for example, how to choose between being a liberation movement and the dominant political party, or between being a party and the state. But it never occurred to the ANC that it would be assigned to the opposition benches of several core metro councils — in particular in its political heartland — and in many other municipal councils.

It was only conceivable in a sense when the ANC was in opposition while it was claiming power gradually from the National Party and the Inkatha Freedom Party in the Western Cape and KwaZulu-Natal. But it never imagined itself as a party being edged out of power. It was dominant; it believed in its own invincibility. The belief of the ANC being in power “until Jesus returns” was just part of the broader ANC narrative, portraying its dominance as ordained and enduring.

Even if the 2014 election results in Gauteng was the writing on the wall, the colossus would self-correct. No. The ANC had misread the signals. It saw changes all around but failed to read that voters might turn on it both through voting and abstention. It saw opposition parties expanding, but it was unthinkable that these diverse parties would unite across seemingly unbridgeable ideological divides to fight for cleaner government and better service delivery.

The opposition assault emerged from many corners, and the discontented abstainers bolstered the parties’ impact.

The opportunity for united opposition fronts dawned with the smelling of the blood of the injured ANC.

The juggernaut had become vulnerable. Its support dipped below the threshold of outright majorities in many significant areas of local government. The ANC was suddenly beatable.

The result is evident all around us: the ANC is ill-prepared for its new role as in-part opposition party.

But consider, perhaps, that the ANC never intends to be just an opposition party. With massive resources at its disposal in national government, including the security and state information apparatuses, who needs to be a conventional opposition party?

Evidence of the party’s lack of preparation for its role as opposition emerges from the helter-skelter responses witnessed in the first few days of the post-ANC dominance era. Its opposition repertoire has ranged from filibustering in councils (with- out knowing the rules of engagement) to the killing of opponents — from a Democratic Alliance member in the Northern Cape to a South African Communist Party independent in KwaZulu-Natal.

Between the two extremes have been the strategies of opening the taps of propaganda and delegitimising all dissent (from other political parties in particular), and threatening or instigating revolts against new co-operative councils constituted by the DA, the Economic Freedom Fighters and the small parties as coalition fillers.

The fact that the ANC is still in power in 162 out of the country’s 269 municipalities fades into insignificance as the ANC struggles to get to grips with the changes, from its national executive committee briefing to a Johannesburg region briefing, a Cabinet briefing and an ANC briefing. The more the ANC tries to convince the electorate of its new-found remorse, humility and willingness to serve, the weaker it appears; the more President Jacob Zuma seizes control of state organs, the greater the confirmation of the ANC’s self-destruction en route to parliamentary opposition benches.

We heard rumours of pending, rolling wild-cat strikes and making the newly “occupied” municipalities ungovernable. We know from the Western Cape experience — even though a good number of the province’s and Cape Town’s community protests in recent years have been for perfectly good reasons — that pro- tests have often been orchestrated by ANC structures.

The land and new-home occupations in Mamelodi and Nellmapius in the past week, new Tshwane DA mayor Solly Msimanga said, were in the same places where the anti-mayoral rioting of June originated. As the new occupants told a community newspaper, they were told the just- completed (but allocated to others) RDP houses “belonged to the ANC, not the DA, and the new mayor must start his own projects”.

The ANC’s propaganda apparatus came into full swing after the two Gauteng metros, Nelson Mandela Bay and more than 20 other hung municipalities developed a footprint for a post-ANC-dominance political order.

From the national level of the ANC, we saw the first salvos to delegiti- mise the rule of the new co-operative councils. The ANC went in full throttle to discredit the rising opposition coalitions for undoing the fruits of liberation (“the reversal of our demo- cratic gains”, it said) and for turning South Africa’s political clock back to colonial occupation (“the reassertion of power by our erstwhile colonisers”).

Ringing condemnations appealed in ideological and struggle terms but they were light years removed from ANC cadres in conquered metros, experiencing the ANC’s losses like the defeat of the playground bully.

According to this narrative, the playground bully had made mistakes and would take “collective punishment” (referring to reckoning for all ANC members in public office and sparing no mercy for the vacillating Gauteng ANC).

The ANC’s ringing tones did not dent the opposition parties’ approach of “defeat the ANC, the worst of the devils”.

Radical speak was in vogue in the ANC’s fight-back of the past fortnight. The ANC has perfected the art of speaking left and walking right. Now, in opposition territory in municipal councils, it can speak as left as it likes, without being held accountable for implementation. In Tshwane, the ANC sounded as left as the EFF at its best. The opposition ANC was dis- carding its armchair leftism in favour of pushing for left action. The new coalition councils, said the ANC, are “devoid of any revolutionary commitment to defeat the real enemy of the people, monopoly capital”. It continued, “rhetoric is used to project a revolutionary agenda”.

But at its chilling best was the opposition ANC in post-election killing mode. The victims’ sins were that they had blocked the ANC from gain- ing control of a small council, and from winning a ward, respectively.

In Postmasburg, an unsuccessful ANC councillor candidate, Zonisele Magawu, appeared in court for the murder of a DA councillor in the local municipality of Kgatlelopele. Hannes Baatjies was assassinated on the eve of being inaugurated as part of a DA-Kgatlelopele Community Forum alliance. They would have taken control of the small municipality, defeating the ANC.

Baatjies is reported to have told colleagues that “ANC people” had threatened him.

A variation on the theme of ward wars followed in Inchanga. The ANC’s post-election battle with the SACP emulated the pre-election iteration. The ward in question was won by the SACP-aligned Malombo Nxumalo, running as an independent. An SACP activist, Nontsikelelo Blose, was scheduled to testify in the murder trial of Phillip Dlamini for a pre-election political killing.

She was outspoken about the violence being meted out on the SACP in the area. She was killed, assassination style, last weekend.

The ANC as opposition can be expected to be merciless (good for them) in exposing corruption in opposition-controlled councils. It promised this week: “The myth of a corruption-free Democratic Alliance must be debunked and we hold them accountable for delivery in all areas they lead.” But it might be challenging (to use the regime’s favourite word) for the ANC to be an unambiguous occupier of the moral high ground when many cosy government deals stand to be exposed.

Given the ANC’s evolving opposition repertoire, it is probably pre-mature to equate the 2016 turnover of political parties in South Africa’s multiparty democracy with the maturation of democracy. Rather, it will be the ANC’s unfolding behaviour on the opposition benches and whether it exercises opposition from the benches or on the battlefields beyond that will determine whether our democracy is maturing or not.

Susan Booysen is professor at the University of the Witwatersrand’s school of governance and author of Dominance and Decline: The ANC in the time of Zuma.