Varsities need cash to stay ahead: South Africa has too much to lose from cost cuts 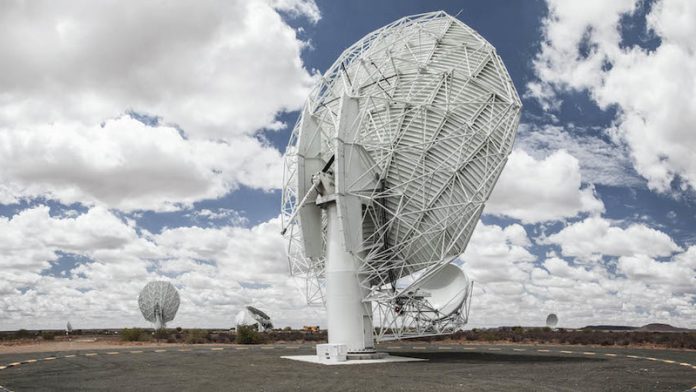 The most recent report by the Academic Ranking of World Universities — also known as the Shanghai ranking and one of the most respected and academically robust of the major ranking systems — placed the University of the Witwatersrand and the University of Cape Town among the top 1% of universities in the world, with Wits on the cusp of breaking into the global top 200.

This bears testament to the high quality of research emanating from our leading higher education institutions, demonstrating that some of our universities are on par with the best in the world, given that there are more than 22 500 in total.

Research-intensive universities in South Africa have significantly improved in most global rankings in recent years. Our collective research output as a country is at one of the highest levels ever.

But we do run the risk of losing our global competitiveness if our universities and research institutions are not adequately resourced.

From discoveries such as Homo naledi, which made global headlines, the world’s first penile transplant, the advances made in

HIV research to changing how we think about each other and our society, South Africa is at the forefront of research and discovery in

No longer are countries in the developing world merely looked upon as data collection hubs, wellsprings of material waiting to be analysed, or footnotes in North-South collaboration projects. We are world-class generators and producers of new knowledge. We are successfully accessing and managing resources and relationships in the global knowledge economy and we are developing high-level, scarce skills off our own bat.

We cannot reinforce the inequality in the global knowledge economy by allowing knowledge production to occur only in better-resourced countries. There are many successful examples in which we took the lead on global issues. Researchers from the National Institute for Communicable Diseases and others who were instrumental in leading and advising on public health issues related to Ebola in several African countries provide a good example of how we are changing the world from an African base.

We can only continue to resolve the key problems of the 21st century if we have a robust research system that will equip us with the wherewithal to make evidence-based policy decisions on the mitigation of future outbreaks before they wreak havoc.

We have the potential to become a regional research hub in Brics (Brazil, Russia, India, China and South Africa) if we fund our research institutions adequately. The world-class SKA project, whose demonstrator model, the meerKAT, discovered 1  300 new galaxies in June, an achievement that was highly acclaimed by peers across the world, and the research on materials and biosciences undertaken by the Council for Scientific and Industrial Research and the world-class nuclear research expertise at the iThemba Laboratory for Accelerator-based Sciences prove that we are already punching above our weight.

The expertise needed to drive these initiatives comes from our universities. Imagine what would happen if we did not have the scientific skills required to analyse the data that will be produced by the SKA, or if we had to turn to other countries to learn about advances in deep-level mining.

There is no question that universities have a dual role to play in society — to be both globally competitive and nationally responsive.

There is a need for them to be recapitalised in the short term so that we can continue to develop high-level skills to foster effective change, while working towards solving the complex challenges of the 21st century. This is a national imperative and we — the private and public sectors, high-net- worth individuals and academia — have to find new resources to ensure that universities and research institutions remain at the forefront.

The National Development Plan calls on universities to build the talent pipeline and to achieve a fourfold increase in the number of PhD graduates by 2030 to position ourselves to meet the challenges and opportunities presented by the fourth industrial revolution.

The costs of running universities are affected by a number of factors, including the rand-dollar exchange rate.

In 2014-2015, the rand fell by about 22%, which resulted in a substantial increase in the amount of money that universities had to fork out for library books, journals, electronic resources and research equipment, which are procured in foreign currency.

Any cuts in the salaries of staff will result in universities not attracting the best academic and research talent. A reduction in student support such as bursaries, scholarships and financial aid will lead to the exclusion of talented students, the future leaders of our country. The net effect will be the decline of the quality of education, which will ultimately impact on the development of our country and Africa.

It is imperative for the public and private sectors to ensure that research is properly funded. If we do not act now, we will be prone to default to being producers of raw scientific data, which others would call “scientific colonialism”. This is certainly not a legacy to bestow on future generations.

Professor Zeblon Vilakazi is the deputy vice-chancellor: research and postgraduate affairs at the University of the Witwatersrand.

The South African economy: Nobody knows what happens next

Higher education institutions need to face up to the future

What is the real value of a doctoral degree?