The trauma caused by violent protests can be acute, but is largely ignored due to the less obvious and unintended consequences 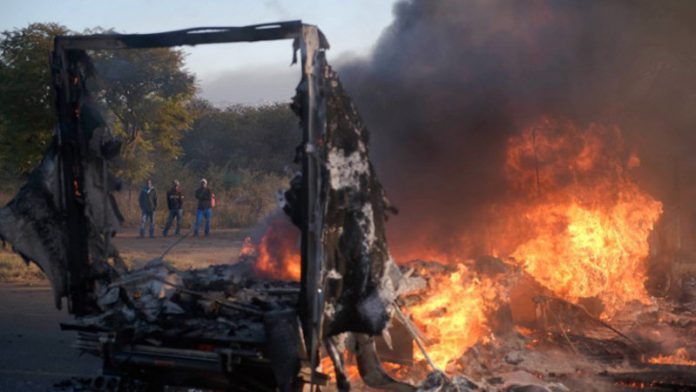 Public protests are a regular feature in many countries. People routinely take to their cities’ streets to make demands. Some protests turn violent. Physical injuries are common. But what about the less obvious, unintended emotional consequences? Professor of psychiatry Christopher P Szabo explains the trauma that protesters – and even onlookers – can experience.

What does research tell us about the links between protests and trauma?

There is not a significant amount of empirical research data that shows the link between violent protest and emotional trauma. But recent research looking at the protests in Ferguson, Missouri in the US, where demonstrators took to the streets after the state failed to charge a white police officer who shot and killed 18-year-old Michael Brown, showed that exposure to violence during the protests resulted in high levels of distress.

The study involved both the community and police officers and wanted to examine how the proximity to community violence would have an impact on mental health, specifically post-traumatic stress disorder and depressive symptoms as well as anger. While it seems that community members reported more symptoms than police officers, the overall finding was that exposure to such violence led to high levels of distress among those directly exposed.

The research suggested that mental health interventions might be necessary for some members of the community who were directly exposed to the violence that ensued.

What are the risks – beyond the physical – for people who are directly involved in protest actions that turn violent? What sort of trauma might they experience?

It is possible that people who are involved or directly exposed to violent situations will experience emotional upset. In more vulnerable people, such as those who have a more anxious disposition, this might lead to them developing features of an acute stress disorder.

Acute Stress Disorder could arise in response to exposure to a traumatic event such as threatened or actual violence. Typically, the person feels anxious and relives the event through involuntary memories, dreams or flashbacks which are experienced as intrusive and distressing. They may occur in response to reminders of the event. Symptoms would appear after exposure and, if a diagnosis is made, would need to have existed for at least three days but not lasted for more than a month.


Can people who are not directly involved in these protests suffer trauma – through, say, watching protests unfold or hearing their friends’ stories?

People who are not directly exposed to a trauma can still experience “vicarious” traumatisation. This has been described in a range of situations, such as among college students in the wake of the September 11 attacks in New York.

It appears that geographical proximity without being directly exposed can influence someone’s emotional state. In addition, connectedness to the site of an event as well as the extent of media exposure might also have an influence.

Everyone’s experience of mental illness is different: If getting out of bed is an achievement for you- protesting is off the table


How does trauma manifest itself? What signs should people be looking out for in themselves and others?

It could manifest as anxiety along with sleep and concentration problems. It could also affect the person’s daily functions. And they may, for example, avoid the place where the incident happened.

What should they do to deal with trauma?

When someone starts to experience these feelings, it is important to share these changes with someone they trust. They should also be open to the possibility of counselling if the changes persist. They should also realise that being unsettled may be a perfectly normal response. The extent to which there is persistence and impact on the way that they function would influence the need to potentially seek professional assistance.

Christopher P. Szabo, Professor and Head, Department of Psychiatry, University of the Witwatersrand

COMMENT: For this gay, white soldier there simply isn’t a good enough challenger to knock him off his perch
Read more
Opinion

COMMENT: My sons, I weep because Judge Ruth Bader Ginsburg, who fought gender discrimination, has died and Donald Trump, under whom hardwon victories have been eroded, wants to be elected president again
Read more
Friday

‘There are Mechanisms in Place’, comprising text, poetry and visual analysis of Pamela Phatsimo Sunstrum’s practice, reveals how working together is a powerful philosophy
Read more
Opinion

Happiness is too important to leave to chance

Newfound clarity on the important things in life has been hailed as a silver lining of this crisis. Planning a future around ‘purpose, passion and pay’ may be the key to having it all
Read more
Sport

In 1961, Bill Russell led his fellow Boston Celtics in refusing to play in an NBA game in protest of systemic racism. It happened again on Wednesday.
Read more
Advertising