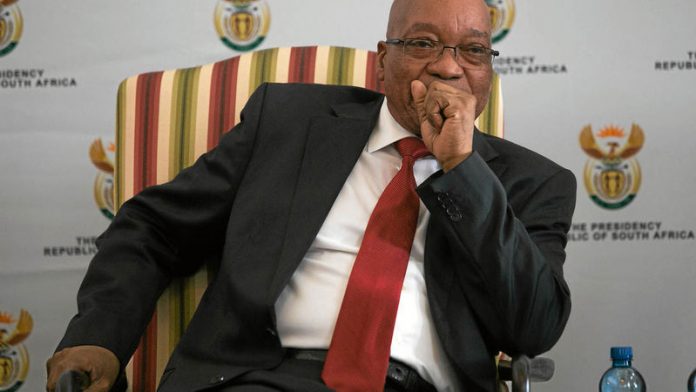 President Jacob Zuma has once again emerged victorious after the party’s extended national working committee on Tuesday rejected the ANC’s Integrity Commission’s recommendation for him to step down.

Instead, ANC insiders say, his deputy Cyril Ramaphosa, ANC secretary general Gwede Mantashe and treasurer general Zweli Mkhize were forced to apologise to the president for criticising him in public after his decision to remove finance minister Pravin Gordhan, his deputy Mcebisi Jonas and several other cabinet ministers and deputy ministers.

READ MORE: Cosatu: The time has come for President Jacob Zuma to step down

Initially, the three top six officials had publicly distanced themselves to Zuma’s decision to reshuffle his cabinet, saying he did not consult but merely informed them about the executive changes.

It is understood, however, that during the meeting, ANC chairperson Baleka Mbete contradicted Ramaphosa, Mantashe and Mkhize, when she told senior party leaders attending the NWC that president Zuma did consult the officials but the three differed with his decision. The ANC is expected to address the media on the outcome of the NWC meeting on Wednesday morning.

On Tuesday night, the party mistakenly sent notes about its NWC meeting.

ERRONEOUS COMMUNICATION NOT VIEWS OR STATEMENT OF THE ANC pic.twitter.com/Acl0n0buCi

“This communication was sent out in error, is not an official statement of the ANC neither does it represent the views of the ANC. It should thus not be used for the purposes of reporting. The ANC will convene a media briefing tomorrow, 5th April 2017 to give feedback to society and the media on the outcomes of the National Working Committee as confirmed earlier,” said ANC spokesperson, Zizi Kodwa.

Issues that were discussed at the meeting included: