Every year, on September 21, Ghana marks Founder’s Day with parades, speeches and a day off work. But this year may be the last time that the public holiday occurs in its current format.

Overshadowing this year’s festivities is a dispute over when the day should be celebrated — a dispute that cuts to the heart of a broader debate about who really created modern Ghana.

If current President Nana Akufo-Addo gets his way, this will be the last Founder’s Day to be celebrated on September 21, the birthday of Kwame Nkrumah, who became Ghana’s first prime minister and then president after the Gold Coast attained independence from Britain in 1957.

Akufo-Addo is introducing legislation to move the celebration to August 4, and to expand its remit: instead of honouring just Nkrumah, the holiday would now celebrate the “Big Six” liberation heroes who led the fight for Ghana’s independence.

The new date will commemorate when, 70 years ago, the United Gold Coast Convention was founded — Ghana’s first political party.

It makes sense, at first glance. For all that Nkrumah was a visionary leader, he was not the only one. Why should he get all the glory? Why should Ghana not celebrate its other heroes?

“It is clear that successive generations of Ghanaians made vital contributions to the liberation of our country from imperialism and colonialism. It is, therefore, fitting that we honour them, as those who contributed to the founding of our nation,” said a statement released by the presidency.

Confusingly, Nkrumah will still be honoured in his own right. The presidency also announced the creation of a new public holiday: Kwame Nkrumah Memorial Day, to be celebrated on September 21.

The plan to change the date of the public holiday provoked instant controversy, drawing support and condemnation in equal measure. 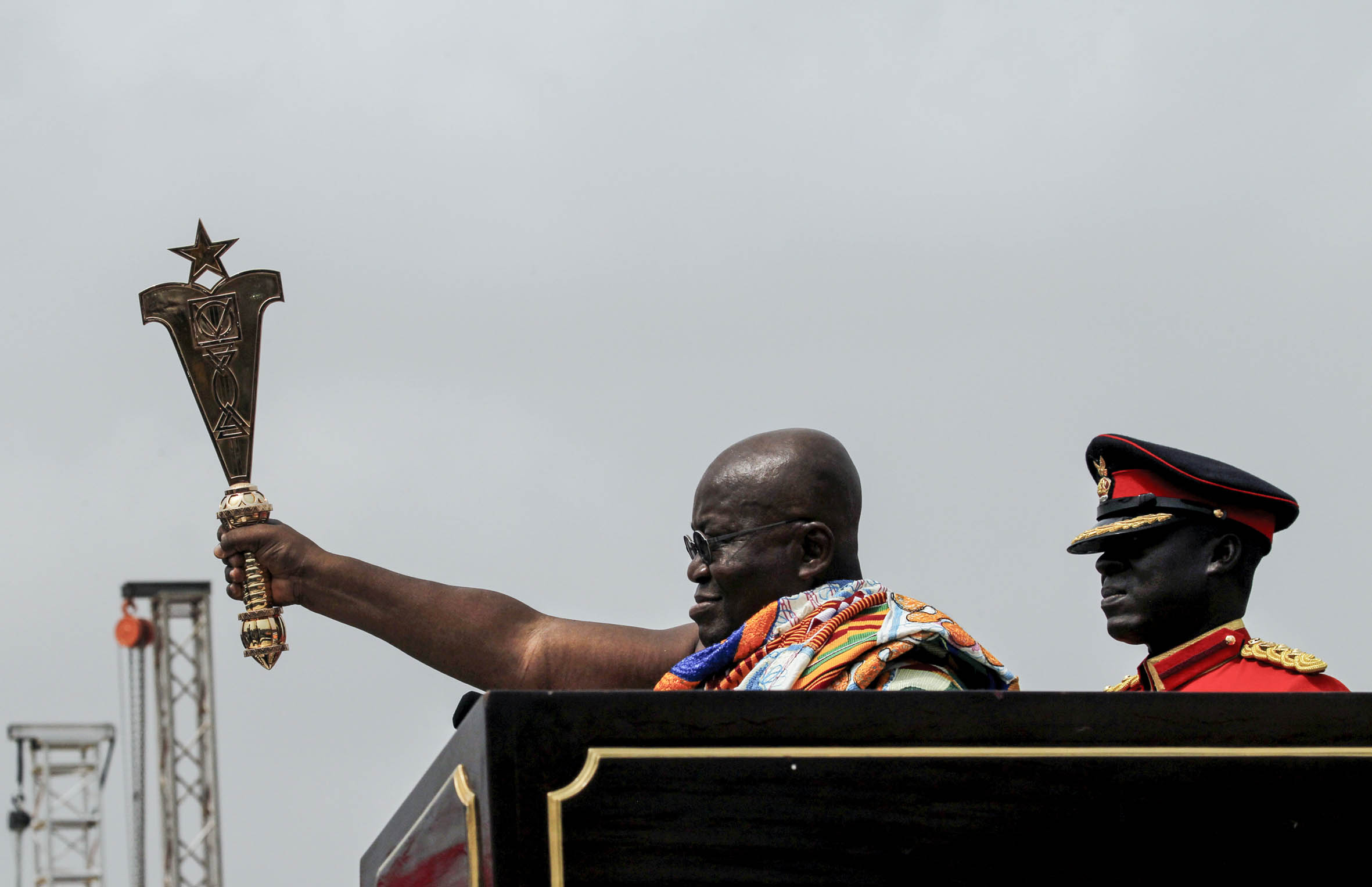 “The project to liberate Ghana from colonial rule started and was contributed to by many, many people; so many years even before Nkrumah arrived in his country. If we want to deal with the issues as objectivity demands, then it is quite unacceptable to say that just one person established Ghana,” said Kojo Opoku Aiddo, a political analyst, speaking to Joy News.

But critics have objected to the proposed new date. They question the president’s motivation for the decision, noting that one of the “Big  Six” is none other than Edward Akufo-Addo, the president’s father and another, JB Danquah, is the president’s uncle.

“To the president, this is not about the history of Ghana … it is about his ancestry,” said a spokesperson for the opposition Convention People’s Party, which has pledged to return to the original date should they take power in 2020.

Samuel Adu-Gyamfi, a politics lecturer at the Kwame Nkrumah University of Science and Technology, said the August  4 gathering was not nearly as significant as Akufo-Addo would have the nation believe.

“The move by the president will only create division among Ghanaians because the proposed celebration lacks the basis in Ghana’s history, which will not bring national cohesion,” he told local media.

Among the competing viewpoints, it is fitting that it fell to Kwame Nkrumah’s daughter, Samia Nkrumah, to speak the most sense.

“I would imagine Kwame Nkrumah would not like to see the country divided over this matter. We should rather engage in Nkrumah’s revolutionary ideas and policies,” she said.