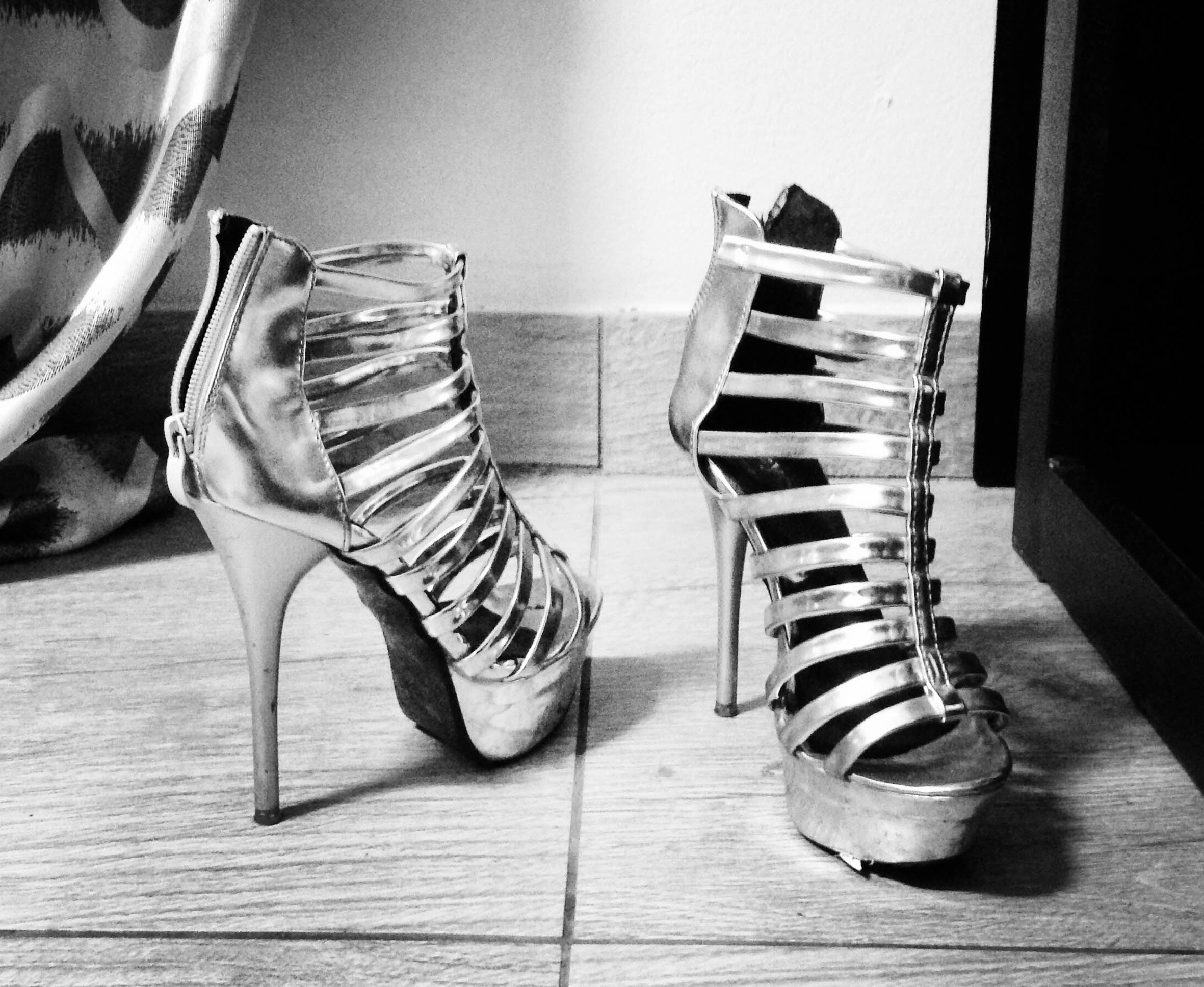 [Heels and healing: Originally from Limpopo, Princess moved to Pretoria in 2011 to study clothing production. She now works as a peer educator for the Wits Reproductive Health and HIV Institute (Carl Collison]

A tiny room in a commune filled with a seemingly endless number of other small rooms is what Princess Selota calls home.

“I’ve only been living here three months,” says the 24-year-old, originally from Limpopo. “My mom is in Jo’burg, but I hardly get to see her. But she loves me. I’m her little princess.”

A tall, lithe transgender woman with delicate features, Selota may not fit the archetypal image of a nurse. But as a peer educator for Wits Reproductive Health and HIV Institute she is a health practitioner. 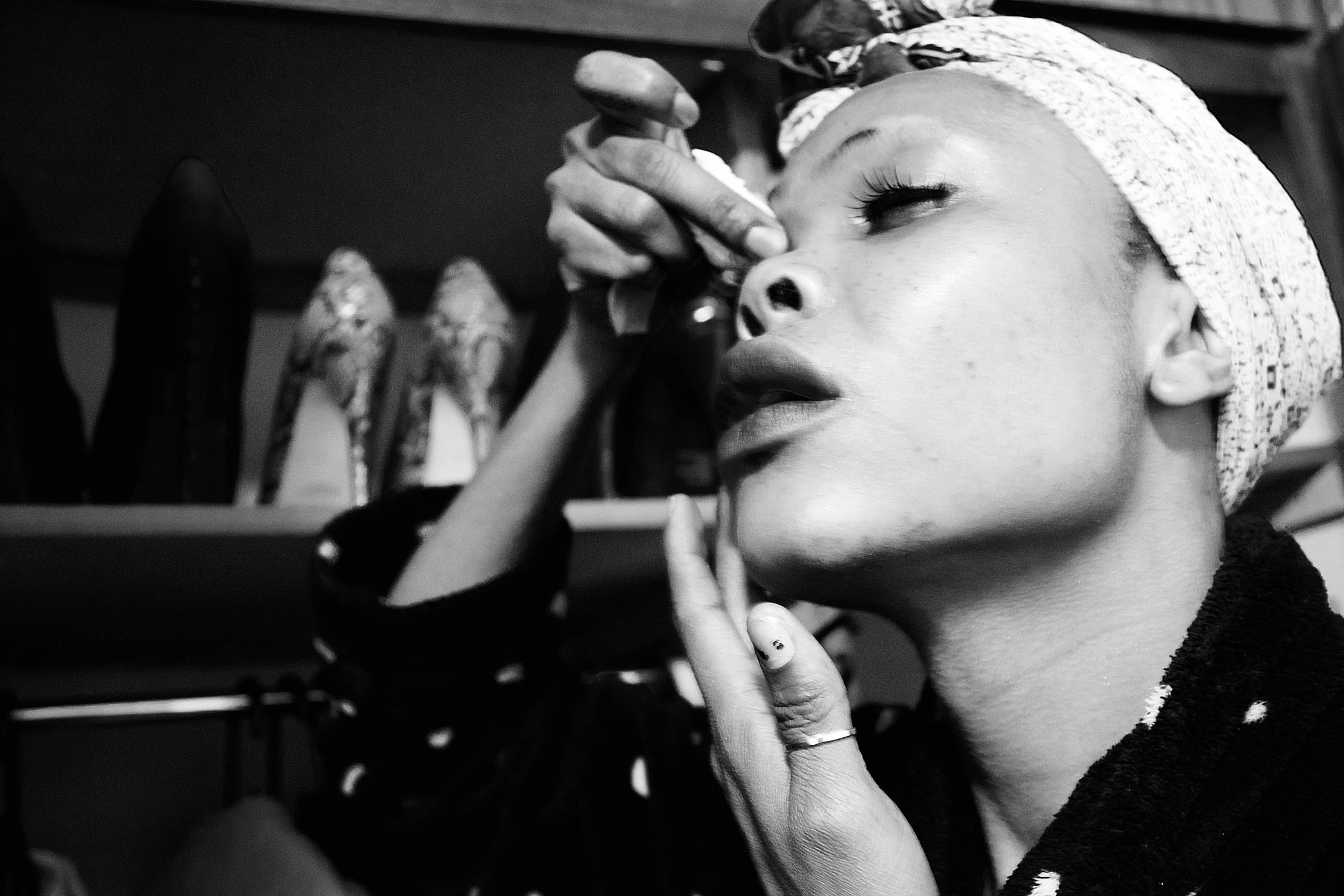 [Facing up: Her daily makeup routine takes her “at least 35 to 40 minutes” to complete. “But today I’ll do it in 15 minutes, because we have to rush,” she laughs (Carl Collison)] 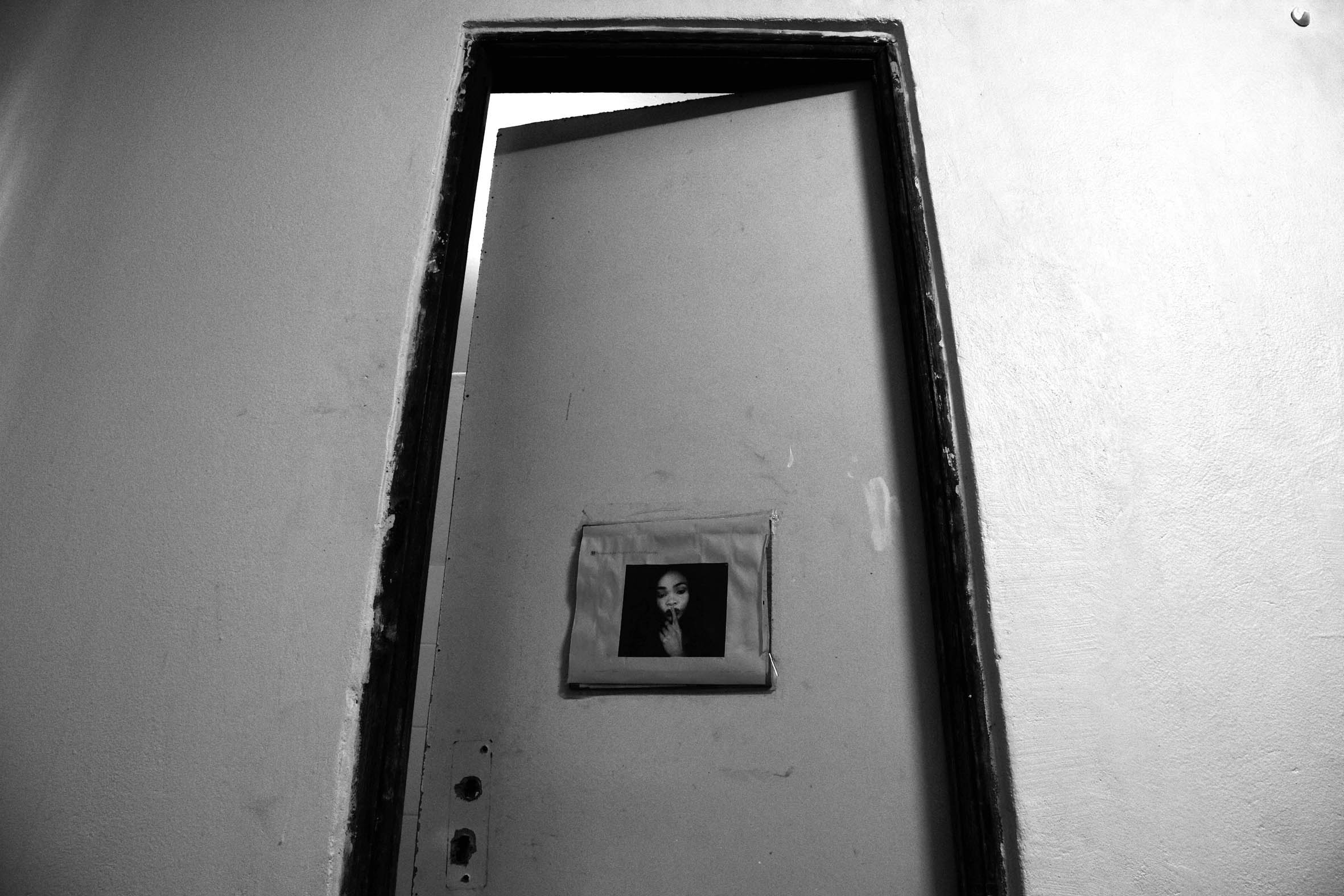 [Brave beauty: The only picture in Princess’s bedroom is one she took of herself. “I love pictures of myself,” Princess smiles. “I was in Cape Town last week for the opening of Zanele Muholi’s exhibition, Brave Beauties. She photographed me as part of that show. There were two big pictures of me. It was awesome seeing myself on those gallery walls. Awesome.”(Carl Collison)]

She is setting out to meet colleagues going to this year’s Pretoria Pride parade — “to do some awareness-raising about the work we do,” she says, fixing her make-up. They had agreed to meet at 7:30am. But Princess is running late. It’s already 6:30am and applying her make-up “takes at least 35 to 40 minutes. But today I’ll do it in 15 minutes, because we have to rush.”

About half an hour later, she slips into a sleeveless black top and long, floral skirt in what seems like seconds.

Stepping out of her room, we are spared the hassle of having to catch a minibus taxi (her usual means of travel) by a young man, a resident in the commune, who offers us a ride.

“Sisi, does your boyfriend drive?” he asks her as we walk toward the gate. He is on his way to treat his family to a day out, he says. “Let me drive you … seeing as it’s so cold,” he offers.

“He doesn’t know my gender,” she says after he drops us off. “And he thought you were my boyfriend.” We laugh. 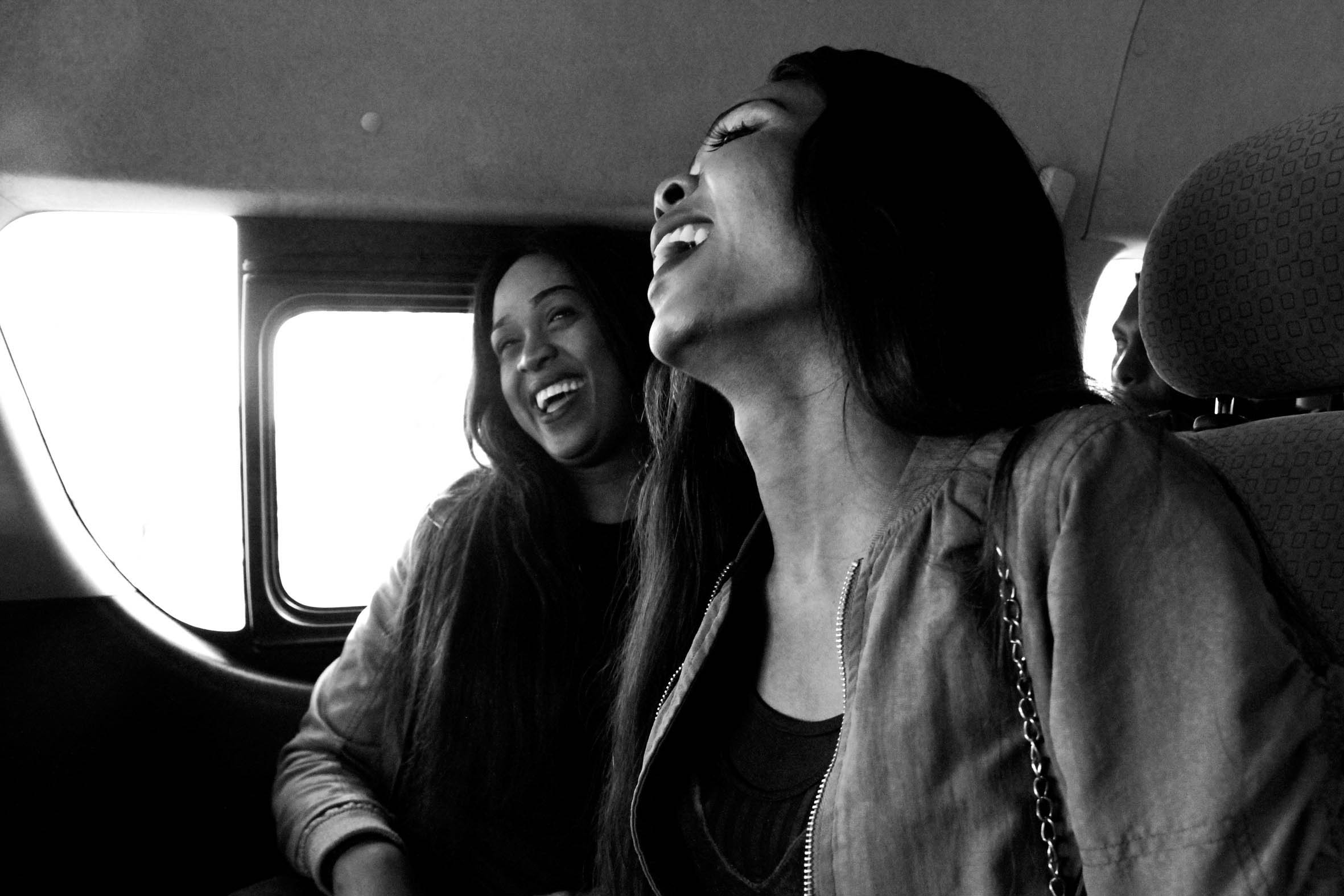 [We are family: In the taxi to Pretoria Pride, Princess and another peer educator, Kinnah van Staden, share a laugh. “We have a really strong bond,” she says of her relationship with her colleagues. “We are sisters now. We call each other family.” (Carl Collison)] 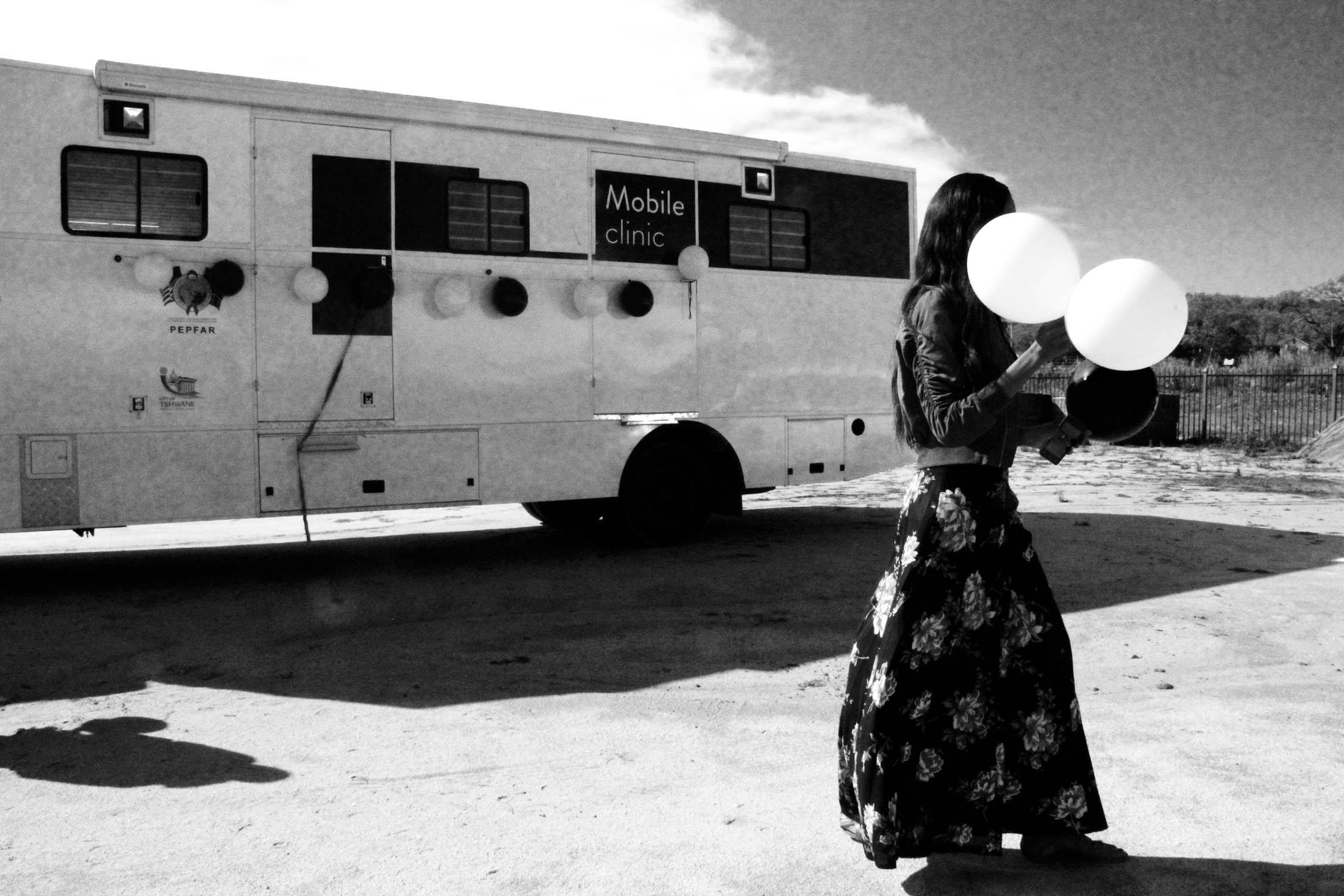 [Health on the go: Princess and the rest of the Wits Reproductive Health and HIV Institute team decorate the mobile clinic (Carl Collison)]

We meet the other peer educators on the street outside their offices in central Pretoria. Standing in front of a Christian bookstore selling all manner of Bible-based paraphernalia, the gaggle of transgender women and straight-looking queer boys are a mixture of nerves (“we’re not going to get there on time”) and raucous laughter (“hawu, we saw her with a man last night, now she wants to say she’s sick?”).

The group of eight — boys in functional jeans and T-shirts; girls teetering in bright, kick-ass heels — stick out like a beautiful, defiant sore thumb among the throngs making their way to work or running early Saturday morning errands.

During the taxi ride, the latest gqom tracks blasts furiously. “This one makes everyone lose their morals,” one of the boys laughs and everyone laughs with him.

Arriving at the Centurion Rugby Club, where the Pride march will end and a hodgepodge of stalls are being set up, it turns out the stress of not getting there on time was somewhat misplaced. The girls have time to slip into their tutus.

After decorating the mobile clinic with balloons and ribbons (“the mobile clinic looks so gay today” someone quips), Princess and her crew set up their gazebo, from which they will raise awareness. Gift bags containing everything from lubricant and condoms (male and female) to multivitamins are packed amid laughter.

Occasionally, Katlego Serame, the project’s team leader, starts twerking, to much applause. “I can twerk, too,” she says. “Trans women can twerk.”

“We have a really strong bond,” says Princess of her fellow peer educators. “We are sisters now. We call each other family. I learn a lot from them.” 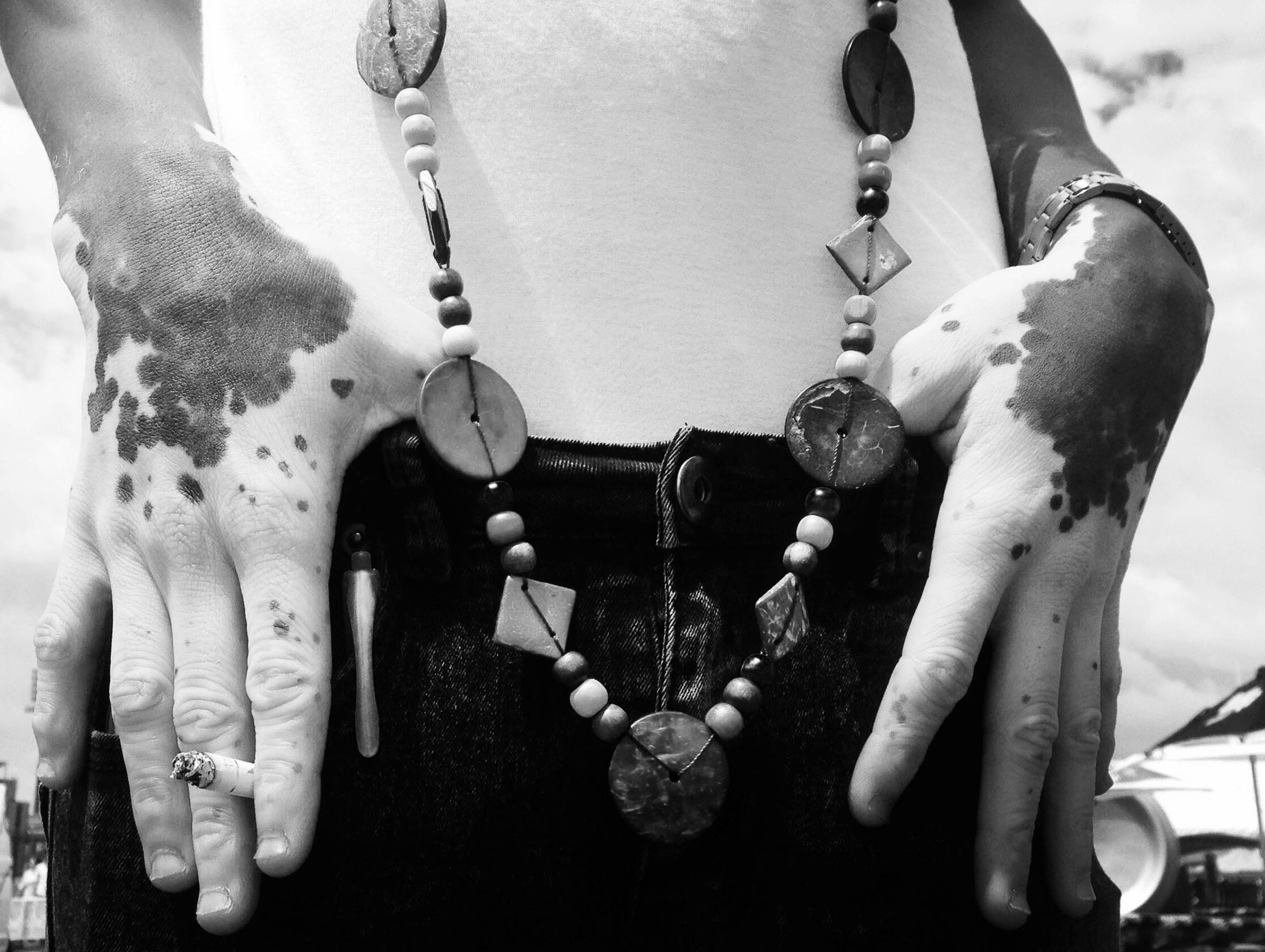 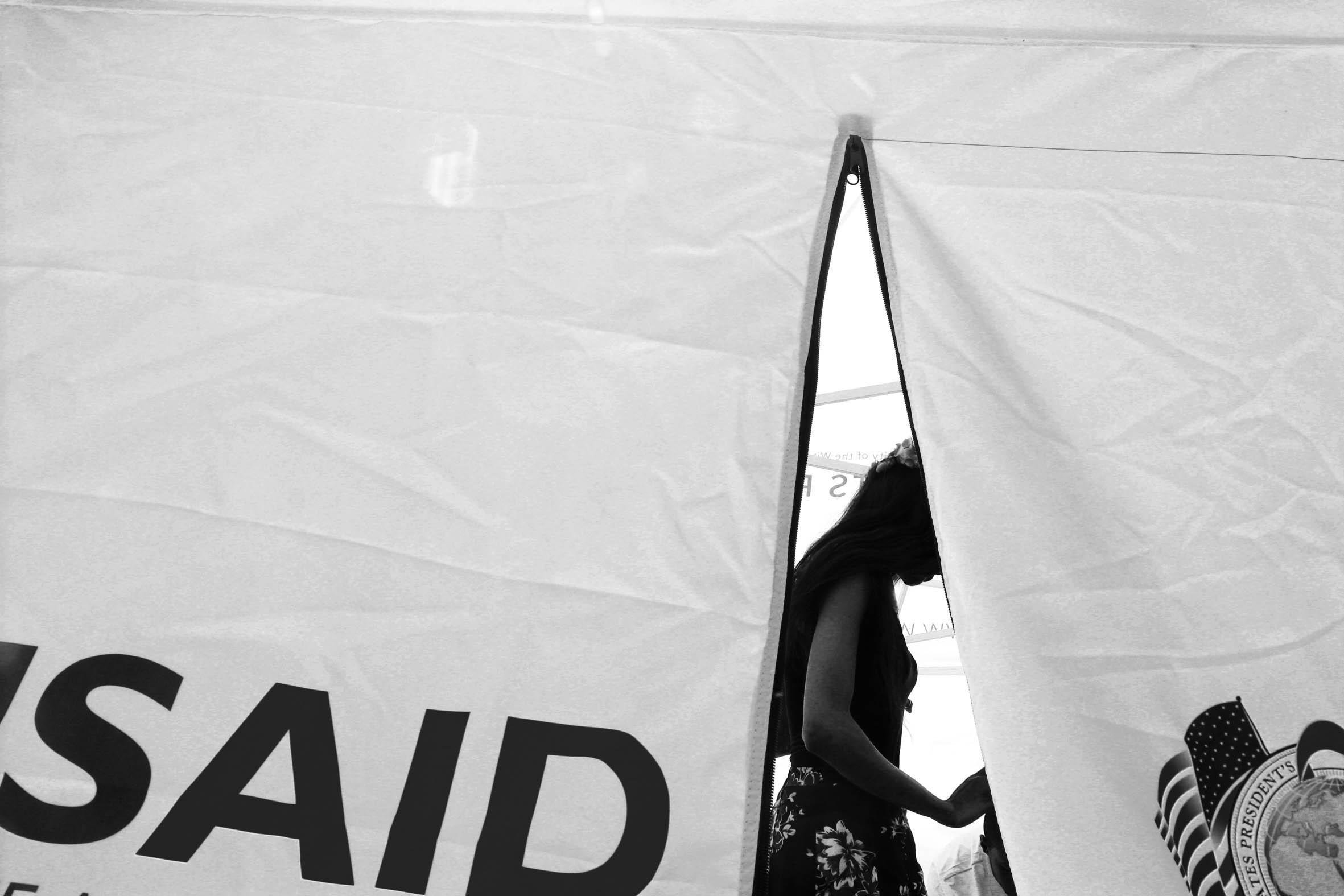 [Uncovering awareness: Princess and one of her teammates go about preparing the gazebo, from which they do their awareness-raising on the services the institute offers (Carl Collison)]

Tent set up, we decide to head to the bar while we wait for those marching in this year’s parade to make their way into the park.

“Oooh, I love pink drinks,” she says, sipping on her fruit-flavoured cooler while simultaneously bemoaning the exorbitant prices. “It makes pride feel like just a money-making thing. But still, it brings people together.”

Sipping lazily on our drinks, we stare at the revellers slowly making their way into the park. Many of them are couples walking hand-in-hand, probably grateful for a space to do that. Princess looks at a couple wistfully. “You know, sometimes you need someone. My relationships never last. I don’t know if it’s me,” she laughs, self-deprecatingly. “But like today. It’s such a lovely day. You want to go home and be able to share that with someone.”

Another burst of laughter from her sisters interrupts her. Smiling as she stares at them — Serame, the group’s witty, jaw-droppingly beautiful and confident mother figure and Kinnah van Staden, the warm-eyed, soft-spoken observer — she adds: “But I’m happy. Me, I’m always happy.” 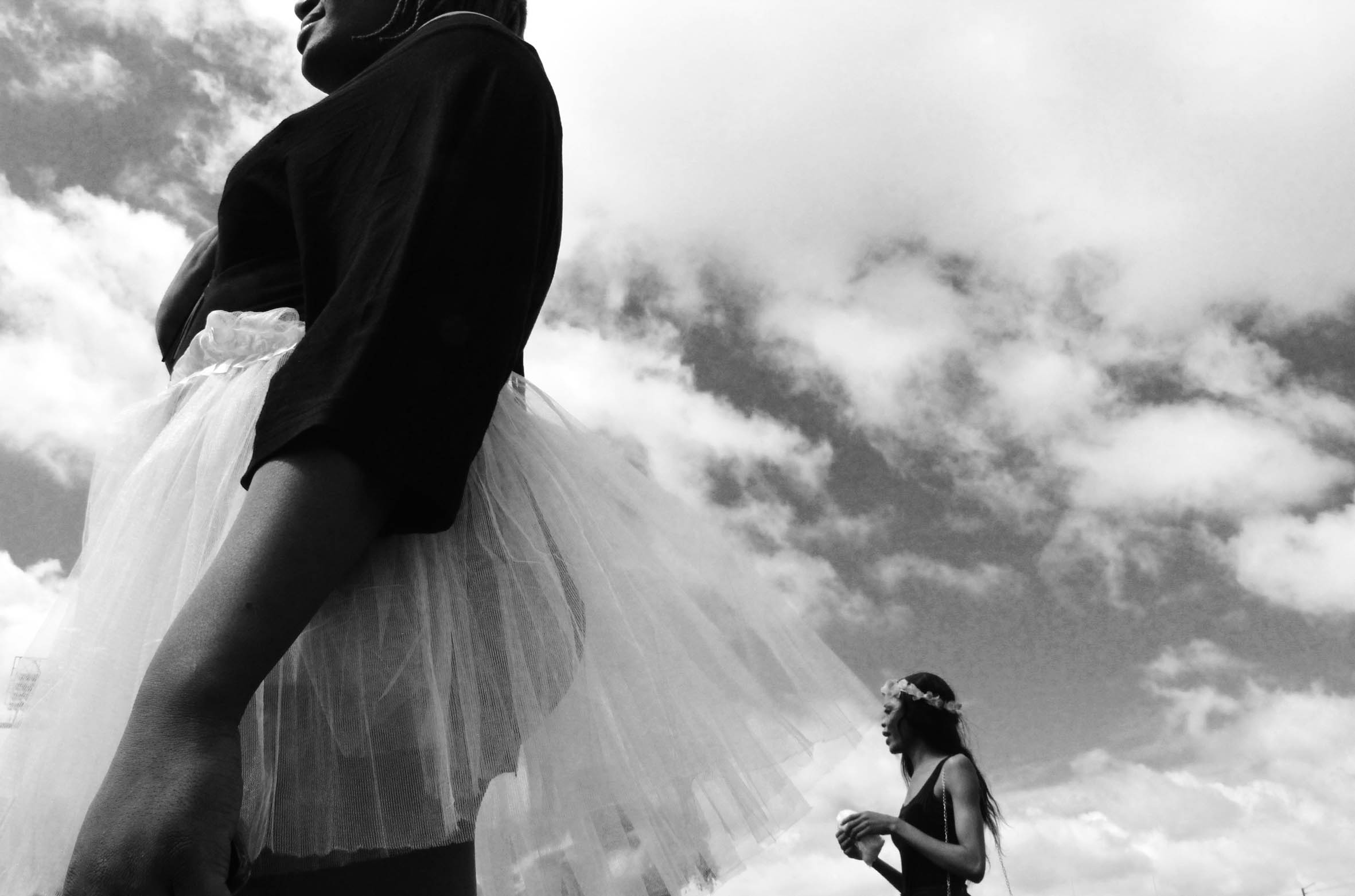 [Contentment: “Doing this is something I really enjoy. I just love helping people. It’s something productive that you’re doing,” Princess says. (Carl Collison)]