“But,” Sandile Java says, “once I found out that was lie, it hurt me. Because I had to live with this thing. It was hard for me.”

In a nondescript, worse-for-wear municipal building in the rural Eastern Cape town of Lusikisiki, Java (not his real name) relays the story of how, in 2013, after attending an initiation school to complete a traditional rite of passage that would carry him from childhood into adulthood, he lost part of his penis. He was 17.

With him is Luyanda Nkosi (not his real name), who recalls how, after being rushed to hospital, he was told by doctors that his penis “was rotten”. “So it was taken out,” he says.

He was 16 at the time. His entire penis was removed, he says. “I have to use the toilet like a woman,” he says. 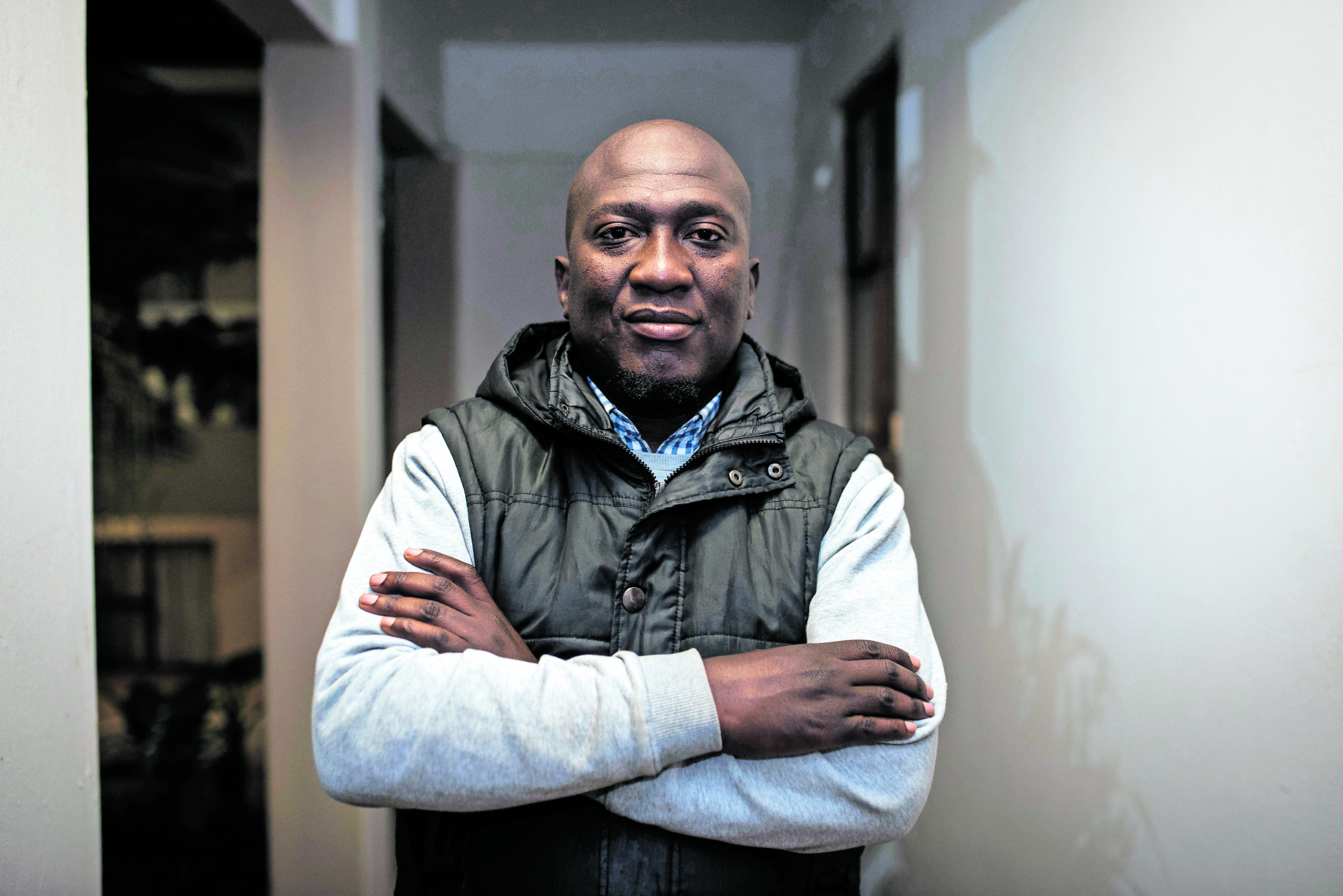 [Manhood: Since 2013, Gugulethu Sirayi has been counselling and providing assistance to young men in the Eastern Cape who have been victims of botched circumcisions. (Daylin Paul)]

The Commission for the Protection and Promotion of the Rights of Cultural, Religious and Linguistic Communities has said that initiation schools are seen by many as death traps.

“The recent problems — deaths, amputations, injuries, gangsters — occurring in male initiation schools have resulted in negative perceptions of the practice; perceptions which find expression in criticism directed at the initiation schools, especially that they represent an outdated cultural practice,” said the commission’s chairperson, Thoko Mkhwanazi-Xaluva.

The commission released its report on its investigation into initiation schools last month. The report noted: “The recurring numbers of hospital admissions, deaths, injuries, penile amputations and other related challenges in the past couple of years — during initiation seasons — can evidently no longer be ignored. The crisis — as it should be declared — warrants urgent attention by all South Africans concerned.” 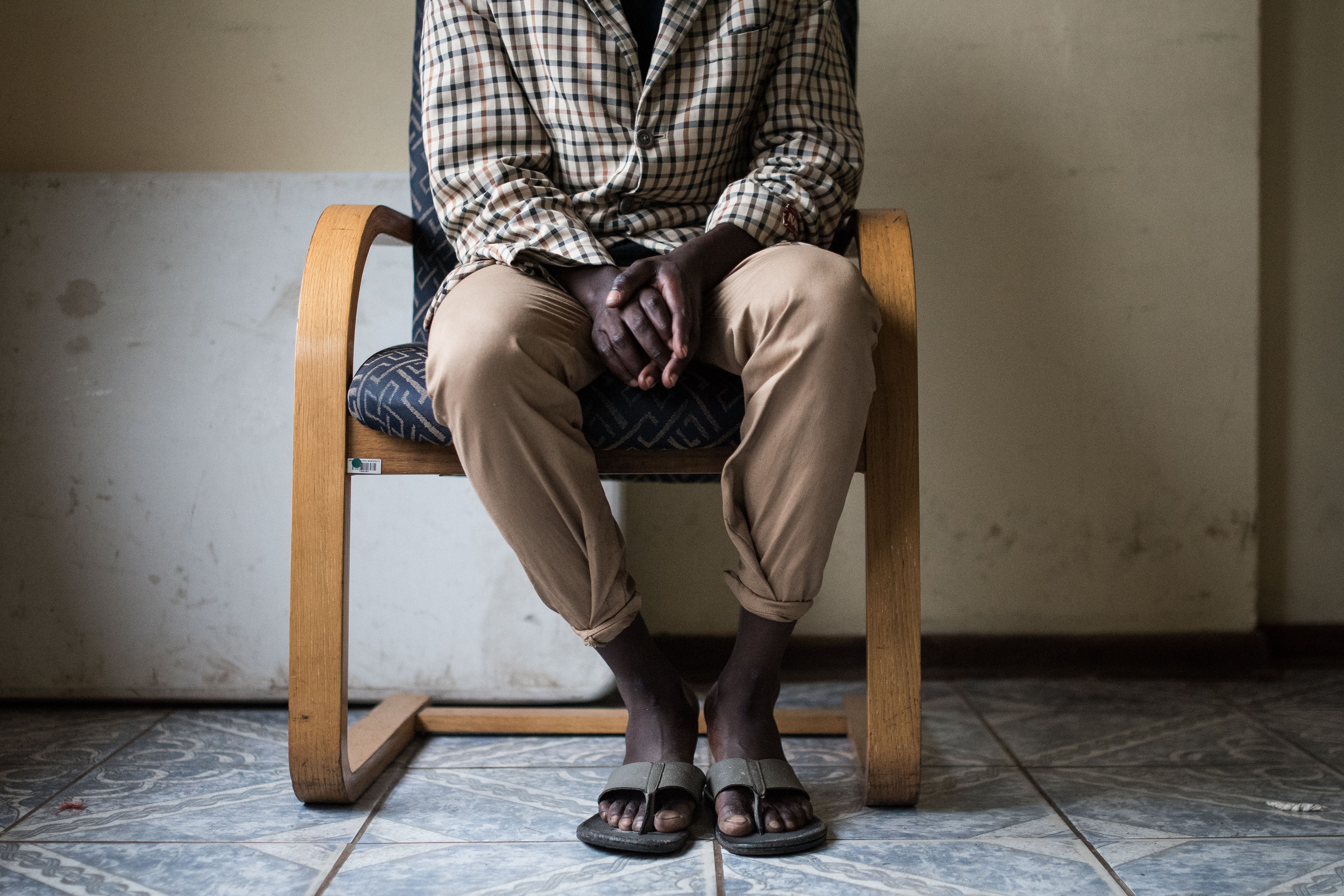 [Luyanda Nkosi, who chose not to use his real name, had to have his penis removed when he was 16. (Daylin Paul)]

But, stressed Mkhwanazi-Xaluva, “the majority of initiation schools run without incidence”.

Prince Mahlangu, a member of the Congress of Traditional Leaders of South Africa and chairperson of the Gauteng Initiation Task Team, agrees.

“When you look at illegal versus legal initiation schools, the illegal ones make up only roughly 2%. But this 2% are responsible for the abductions, injuries and deaths we are seeing.”

The life-changing injuries Java and Nkosi sustained at the hands of inexperienced traditional male nurses is exacerbated by the stigma attached to being a victim of botched circumcision. It means they cannot tell anyone, not even their families.

Nkosi says, even though he lives with his parents, only his mother knows his secret.

“My father doesn’t know. Only my mother visited me in hospital. The nurses told her. She is afraid to tell my father, because he is a very strong man. Very strict. He will fight with me. If I tell my father, he will say: ‘Your penis is no longer, that is why you are like this.’ If we told my father, he will always talk about this thing. Even to other people.”

Only Java’s brother knows about his secret. “He supports me. But I don’t talk about this thing to him. Because I don’t want this thing to hurt me. I just keep it inside.”

Sihle Mlungu successfully underwent penile reconstruction surgery in December 2015 and he gives hope to young men like Nkosi and Mkhize. Born and raised in Lusikisiki, and currently living in KwaZulu-Natal, Mlungu returned to his home town for a weekend visit to meet young men like Nkosi and Java, who are part of a support group for victims of botched circumcisions.

Recounting his days at the initiation school, Mlungu says: “There were boys younger than me there. I don’t even know if their parents granted them permission to go to initiation school. The treatment was not good. The traditional nurses and their assistants were treating us like animals. They didn’t care for us.”

The young boys in his school complained of pain and dehydration but it fell on deaf ears. They were told they were lying.

Until one of them died.

“We were taken to hospital. There, they told me my penis was already damaged. Nothing could be done. I lost my penis like that,” he says.

The operation at the hospital to have the tip of his penis removed “did not go well”.

“The doctor who performed it did not stitch me [up properly]. I had a bandage on for three weeks. In the fourth week, I woke up and it had come off. It was full of pus. It was painful. Even the tablets [they gave me] were very few. I never had any rest,” he says.

The experience was so traumatic that Mlungu did not want to go to Pretoria to have penile reconstruction surgery, according to Gugulethu Sirayi, the support group co-ordinator.

“I struggled to get him to those doctors. He was afraid the same things would occur even there. I went to fetch him physically, saying: ‘Sihle, the bus [for Pretoria] is leaving now.’ Eish, he was not happy …

“But after the operation, he said to me: ‘I never thought this thing was going to be done so easy,’ ” Sirayi says, laughing.

“It was nice, nice. I never felt any pain,” Mlungu recalls. “I’m still free, even now, from the pain.”

At the press briefing announcing the release of the commission’s report, a department of health representative said the department had “kick-started [penile reconstruction surgery] services in Eastern Cape”.

“We will go full-scale in 2018. We have established a partnership with a local urologist and a plastic surgeon who are going to be helping us with providing services,” he said.

Mlungu’s operation was funded by the Man and Boy Foundation, which recently changed its name from the Community Development Foundation of South Africa.

Its executive director, Nkululeko Nxesi, welcomed the news from the department, but adds: “If there are any delays in the rollout of this programme, we will have to step in. Even a month for us is too long to wait.”

Top of the organisation’s priority list is Vuyo Skosana (not his real name), whose situation the Mail & Guardian reported on in its November 24 edition.

Nxesi says, because “[Skosana’s] situation is getting worse”, the organisation will foot the bill for the surgery if the department does not assist soon.

Knowing that he will soon be relieved of the pain, the 23-year-old says: “The way things are going right now, I can at least see some progress and it looks like I’m going to be fine again.”

He is anxious about the operation “because I have had to go through so many operations and I was still not fine. But I do have hope. Even if they could say I can do the operation tomorrow, I can’t wait because I want to finally be like everyone else.”

After years of suffering, Mlungu is finally “like everybody else”. Sirayi laughs as he says: “Ja, now he talks to all the girls.”

Mlungu adds: “Everything is okay. Iyasebenza [it works]. I have girlfriends now. They enjoy everything.”

It is this position that men like Skosana, Nkosi and Java ultimately want to be in.

Java says: “Sometimes I sit alone, thinking about what happened … To me, it is like I have been cursed. When I think about it, I just hope that it will be fine.

“I have a girlfriend, but we don’t have sex because I’m afraid of the consequences. Even now, I am afraid that maybe she will talk about me to her friends.”

Nkosi adds: “I had a girlfriend before I went to initiation school. When I came back, I didn’t explain this thing to her. I just said we must break up. She asked why. I just said ndikathele [I’m tired]. But I want to be like [Mlungu], visiting girls.”

They are ordinary young men. But at the same time, not. They are holding on to a secret and a hope — the kind of secret and hope no young man should ever have to hold on to.

EFF wannabe MPs under the whip