AmaBhungane: a time to celebrate – and to build vigilance for a new era

At the beginning of June 2013 two members of the amaBhungane team – Sally Evans and Tabelo Timse – headed out from the office we rented from the Mail & Guardian to travel to the outwardly insignificant town of Vrede, in the eastern Free State.

In May 2013 the local Free State paper Volksblad had first blown the whistle on the Vrede dairy and the alleged Gupta-family links to the project, which was being propped up with Free State government cash.

The story was picked up and expanded slightly by Volksblad’s sister paper, City Press.

Gupta spokesperson Gary Naidoo countered with one of what proved to be a string of public lies by telling the papers that a Gupta company, Linkway Projects, had merely briefly acted as a consultant on the project at a total cost of only R138,000, excluding VAT.

On 31 May we had published our first story: ‘Guptas’ farm cash cows in Free State, the quotation marks around ‘Gupta’ giving expression to the doubt sown by those lies.

The next week Sally and Tabelo set off to try to firm up the Gupta link and test what benefit poor black Free State farmers were getting out of the public millions spent in their name.

There followed more stories that charted the operational and governance train-wreck that was the Vrede dairy and its purported manager, Estina, a company run by a computer salesman with no farming experience. 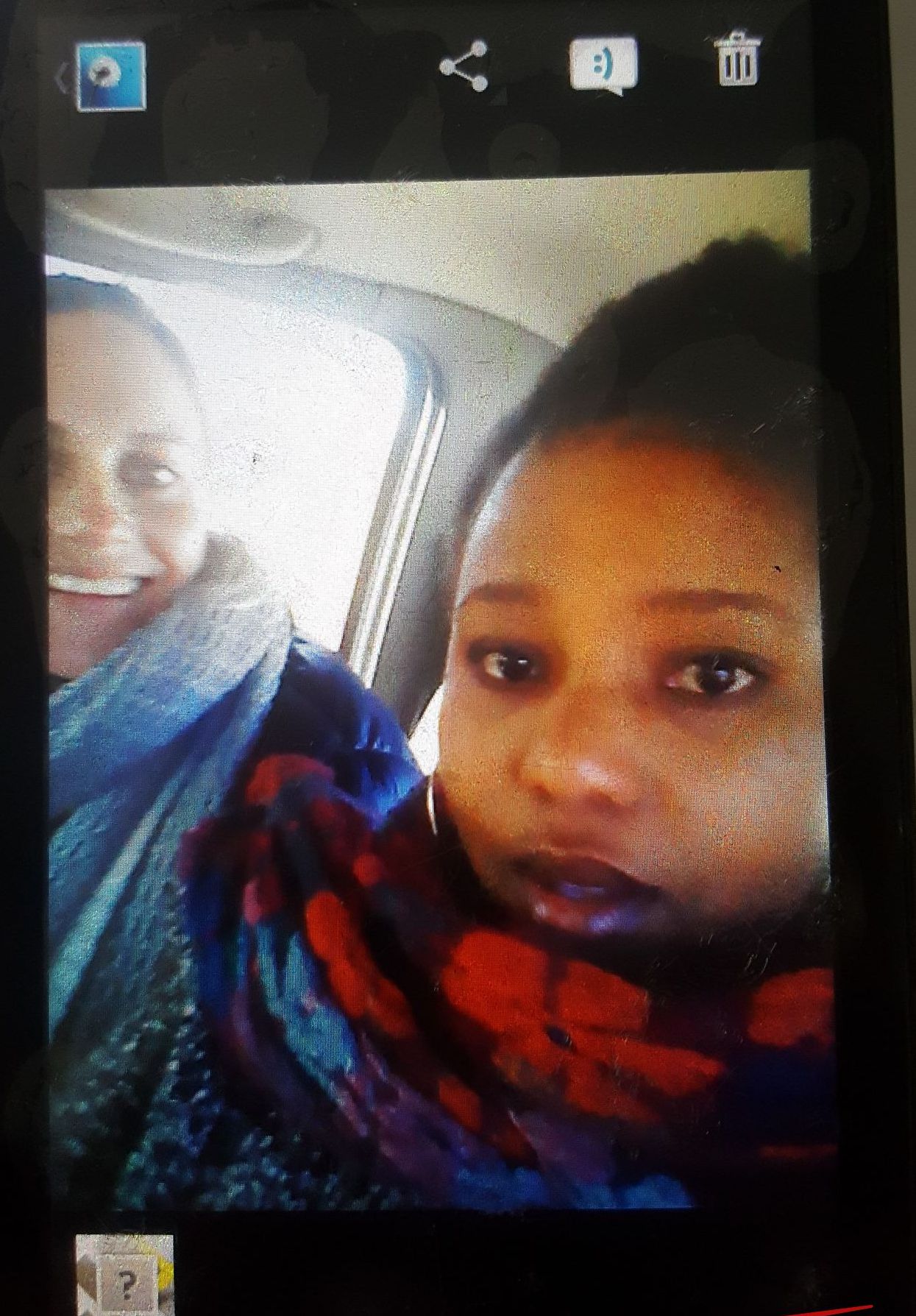 Lowlights included: dead cows dumped in a water-course; a secret Treasury investigation showing the Free State department of agriculture flouted all procurement rules and stuffed cash into Estina’s account without any evidence of how the money was being spent; and our unsuccessful efforts to trace why Moses Chaka, a departmental auditor probing the Vrede project, was hi-jacked, tortured and left to a drawn-out death.

Along the way we were introduced to a number of characters who would grow in significance as our investigation revealed the outlines of the Guptas’ network.

There was Premier Ace Magashule, whose son, like Jacob Zuma’s son Duduzane, worked for the Guptas; Mosebenzi Zwane, the Vrede homeboy and provincial agriculture minister who had pushed the dairy project; and Ashok Narayan, a former head of the Guptas’ Sahara Systems, who hovered around the project and who later emerged as the key interloper for Homix, one of the companies the Guptas used to collect commissions on contracts they swung at state owned enterprises.

Fast forward to the June 2017 #GuptaLeaks and all doubt about the Guptas’ association with the Vrede dairy was blown away by internal correspondence and financial records that revealed the shocking truth: they used R30-million looted from the project to help pay for the obscene Sun City wedding in May 2013 that was the advertisement for their power and influence in South Africa.

Yet, despite all the evidence, it has taken seven months and a sea-change in Zuma’s political fortunes to allow those who control the Hawks and the National Prosecuting Authority to act, to make arrests.

For years amaBhungane had been writing about the Gupta family and the way it inveigled itself into our political life.

Exposé upon exposé led to little direct consequence, but left an increasingly disaffected public in no doubt as to a root cause of the governance and economic decline afflicting state-owned entities and the polity at large.

The journalistic coup of the #GuptaLeaks – in which we worked co-operatively with colleagues at Daily Maverick, News24, Finance Uncovered and data outfit OpenUp – cemented that perception across races and classes in an unprecedented way.

And yet it was only when Jacob Zuma lost power that the ANC was prepared to act against him, despite the mountain of evidence we and others had made public, showing he was unfit for office and damaging to the nation.

What can we learn from this history?

Strong, independent institutions are vital to the success of the democratic project – and that includes the battle to undo the Apartheid legacy of inequality.

No political party is a substitute for independent institutions.

Throughout its rule, the ANC has tried to create a parallel government, in which deployed cadres are expected to adhere to separate reporting lines through party barons and brokers.

Zuma used this practice, combined with his extensive executive powers, to hollow out the state – particularly its institutions of accountability and control: the intelligence services, the police, the prosecution service, the tax authority, the public protector.

The Guptas, by their alliance with Zuma, were able easily to penetrate and capture this apparatus and bend parts of the state to their will and benefit.

In all this, the ANC was an accomplice – a complicity that is still neither acknowledged nor cured.

In the euphoria over Zuma’s departure we forget what a close-run thing it was.

With ANC branches bought and paid for, delegates corralled into factional enclaves like voting cattle, it was only the decision to switch sides by David Mabuza – a tarnished hero if ever there was one – that allowed Cyril Ramaphosa to achieve the party presidency by the slimmest of margins.

The subsequent dramatic collapse of Zuma’s support in the ANC is merely testimony to the paramountcy of the supreme-leader and the party-line, a paradigm whose political toxicity is undiminished.

Amid all this an NGO concerned with good governance confided to us that they had arranged a meeting of high-net-worth potential donors. Despite prior undertakings, only a couple showed up.

The message from the others: “Our man Cyril is now in; problem solved.”

The complacency and myopia of some among our monied classes has rarely been so neatly captured.

Leaving aside Ramaphosa’s own troubling history of corporate capture, the structural problems he faces – that we face together as a nation – are immense.

The pattern of using the state for personal patronage and enrichment has been replicated across society and, as our reporting has shown, is mirrored in corporate practices that pay smirking lip-service to probity and ethics.

The damage to our institutions is significant and will take great time and effort to repair.

As the ANC faces electoral decline – as historically it must, despite whatever success at renewal and correction Ramaphosa may achieve – they will come under renewed pressure.

Three institutions have withstood the Zuma onslaught better than we might have hoped.

Civil society, by definition somewhat amorphous and dispersed, has maintained a critical voice and a critical mass.

The judiciary at High Court and apex level has been a magnificent guardian, but has been pushed to the absolute limit of its authority. Its institutional excellence and independence must be cherished and protected.

And the Zuma years have demonstrated – again – that an independent and vigilant media is a priceless asset for a democracy.

But a functional media is an ecosystem.

What we have learned from the Vrede saga is the importance of events in obscure and rural places, away from the prying eyes of the urban elite.

Without Volksblad, the Vrede story might never have been told.

Without a network of journalists in provinces, cities and small towns, accountability is a hollow concept and many scandals would never come to public attention.

And that network is dying: in South Africa, as elsewhere, the advertising model that supported independent journalism is broken: the advertising dollars are being gobbled up by global monopolies like Google and Facebook leading to crippling layoffs and media consolidation.

Consequently, a functional media is not something that comes free of charge.

We need to find ways to pay for journalism as a public good.

That was one of the reasons why we founded amaBhungane, based on the vision of establishing ourselves as a non-profit, independent centre of investigative journalism excellence.

Since that trip to Vrede in 2013 we have also changed.

Then we had a priority publishing agreement with the Mail & Guardian that contributed about a third of our budget, with the rest coming from big donor foundations.

In April 2016 we cut loose from the M&G, seeking to carve a place on the national media stage. 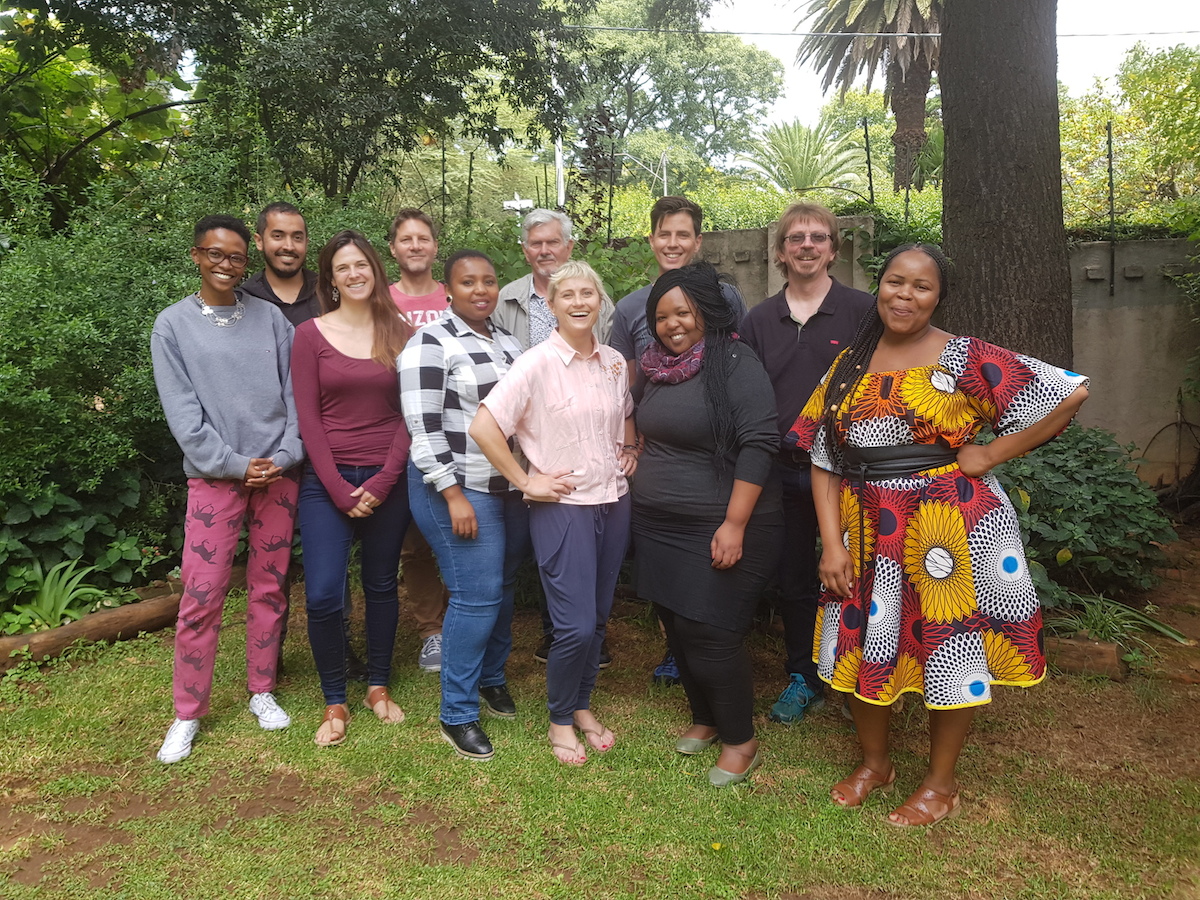 We decided not to charge for our stories, allowing us to exercise maximum independence and direct them where they would hopefully serve the public the best.

To fill the budget gap we tightened our belts and turned to crowd-funding: donations big and small from ordinary South Africans.

This year those gifts will cover more that 20% of our budget – and we hope to grow that proportion as more people buy in to the need to pay for quality journalism.

We think the #GuptaLeaks have proved our worth – but journalism, like democracy, demands eternal vigilance.

With your help we will continue to speak loudly and carry a sharp pen.