Week after week, with perfunctory precision, the electrodes would be attached to various parts of Pieter Oberholzer’s body. His temples. His hands. His nipples. A tube would also be snaked up into his nose.

As soon as the images of naked men were projected, a surge of electricity would be sent through his body and a smell “almost like rotten eggs” would fill his nose. Later, he would be taken to another room where projected images of topless women would be accompanied by the calming sounds of his favourite piece of music: Mozart’s Eine Kleine Nachtmusik.

Those were the first six months. Unpleasant as they were, the remaining 12 months of these weekly sessions were worse, with the electrodes attached to his genitals and the intensity of the electric shocks surging through his body becoming stronger and stronger. 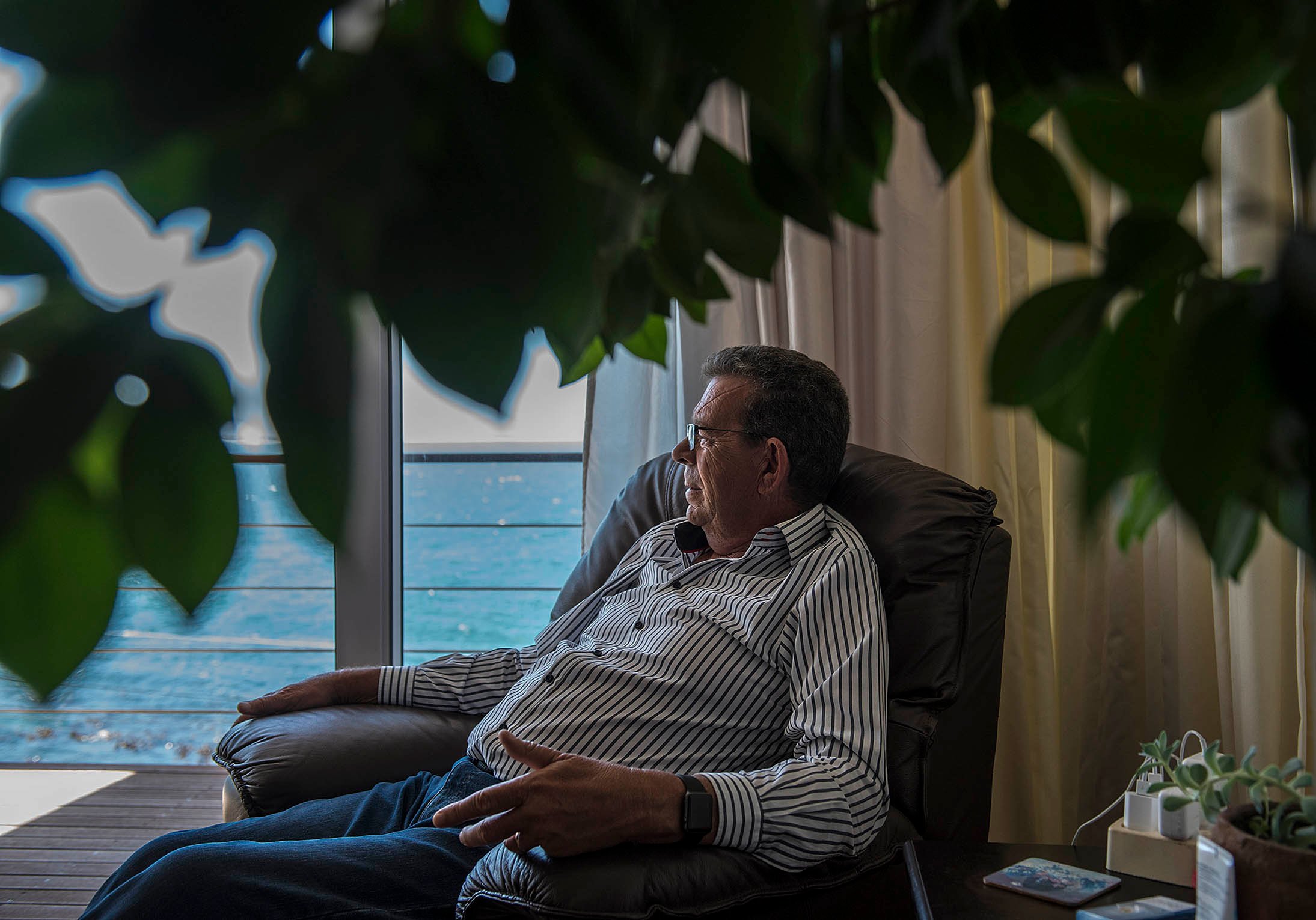 [Pieter Oberholzer tried to change for the church (David Harrison)]

“It got to a point where I would become physically ill the closer I got to that hospital, vomiting just before stepping in,” he says. “To this day, every time I hear Eine Kleine Nachtmusik, I get cramps in my stomach.”

Far from being forced into aversion therapy, it was something Oberholzer voluntarily undertook in the hope of realising his dream of becoming a minister in the Dutch Reformed Church — which, as a gay man, he was not allowed to do.

“During my theology studies, I approached one of my professors and confessed to him that I was attracted to men,” says Oberholzer. “He told me about a doctor who could cure me through electro­convulsive therapy.”

Eighteen months later and still “uncured”, Oberholzer was forced to abandon his calling.

“It was terrible but the worst pain was realising that I couldn’t fulfill my vocation of becoming a pastor and working in a church I have loved since I was a kid,” he says. “I attempted suicide … It was very hard to deal with.”

Oberholzer’s aversion therapy took place in the 1970s but the struggles gay ministers face in the church are still present.

A decision was taken at the 2004 general synod that all in the church, regardless of sexual orientation, were full members. Its 2007 general synod meeting, however, took the decision that gay ministers would have to remain celibate.

In 2008, Braam Visser, who prefers to use a pseudonym, was a second-year theology student. Reconciling his sexuality with his calling to be a minister proved too difficult for Visser. Diagnosed with severe depression, he was made to undergo electroshock therapy. “My psychiatrist’s thinking was that my brain was too fried from all the antidepressants.”

The treatment “helped”, he says. “For a while.”

In 2012, after being assigned his first parish and feeling as though his “life was finally coming together”, he soon realised that “the game wasn’t set up in my favour”.

“At the 2007 synod, the church said, ‘If you’re gay, we’ll allow you to be a minister but you have to be celibate.’ That was the official stance. But when I entered the church, I saw that celibacy wasn’t enough; that celibacy had to be become secrecy as well. It was debilitating. It re­activated my depression.”

Forced back into the closet, Visser says: “I spent so much psychological effort just pretending to be straight that I could hardly focus on doing the actual work.”

In 2015, in a move that surprised many, the church announced its decision to approve same-sex unions and also allow for the ordaining of ministers who identified as gay. The decision was taken at synod after a 64% vote in favour of it.

André Bartlett, author of the 2017 book Weerlose Weerstand, which documents the church’s history with “the gay debate”, calls the 2015 decision “a definite moment of hope”.

But the moment of hope proved to be a fleeting one because the progressive decision was overturned at a special synod meeting in 2016.

A statement by the church following the decision read: “Marriage was instituted by God as a sacred and lifelong union between one man and one woman [and that]. Any sexual intercourse outside such a solid formal marital relationship does not meet Christian guidelines.”

The decision is being challenged by legal action instituted by 11 of the church’s members.

Marietjie van Loggerenberg is a pastoral therapist who, for the past 17 years, has treated queer parishioners and clergymen in the Dutch Reformed Church.

“The impact is terrible,” she says of the discrimination they face.

As part of her PhD looking into the effect of the 2007 synod decision, Van Loggerenberg interviewed gay ministers and candidate ministers. 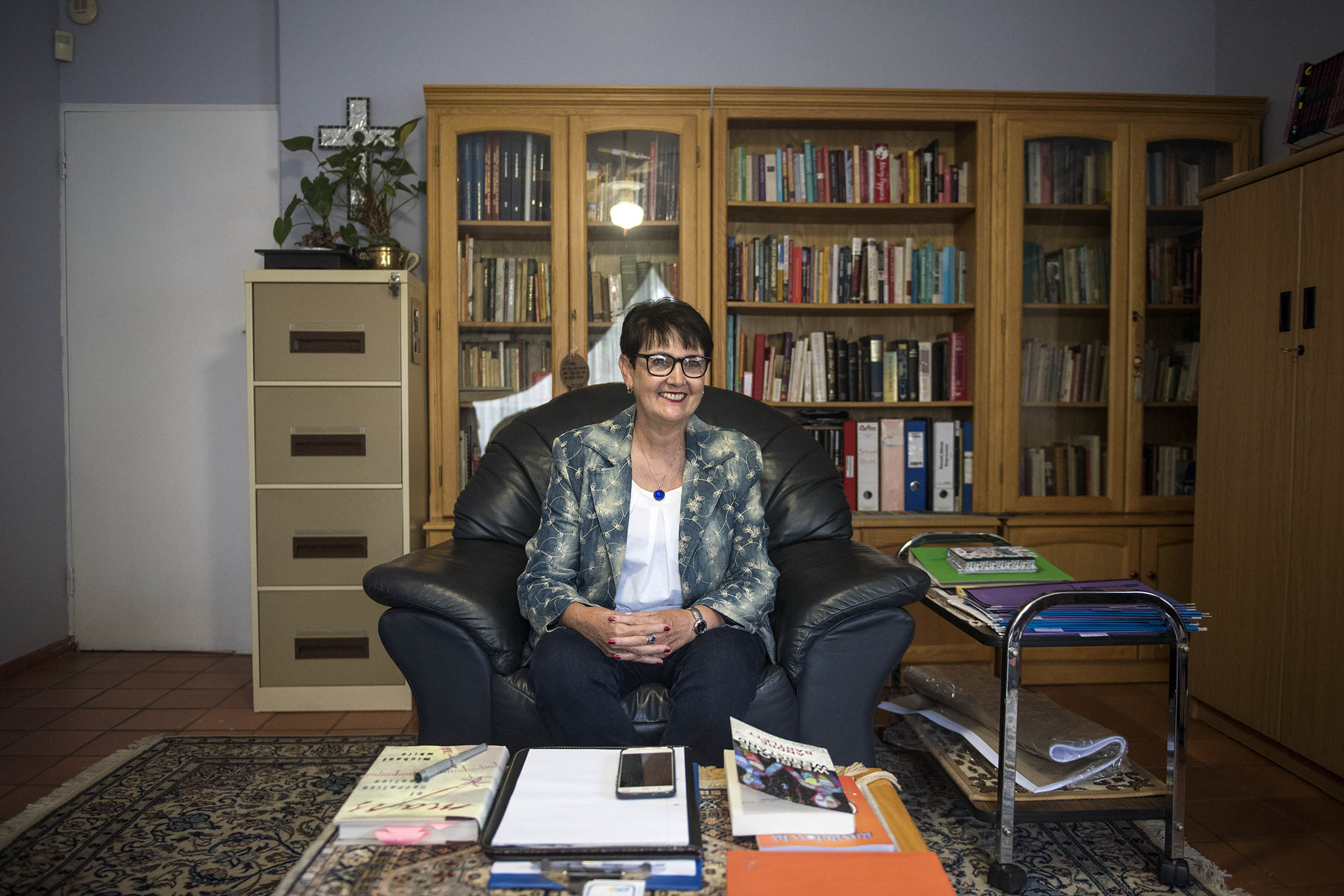 “I’ve become much aware,” she wrote, “of the immense suffering of gay ministers and gay candidate ministers due to the complete rejection they experience as human beings by the church as a result of the resolution … The first and direct impact on those who decided to make their gay relationships known was that they either immediately lost their jobs as ministers or their candidature to be legitimated … Worst of all, their career, their calling by God, was shattered in a moment. Some had to deal with media reporting overnight. They became the talk of the town. One day, they were the minister baptising children in the congregation and burying their dead. The next day, they were treated like criminals without having committed any criminal act.”

Van Loggerenberg adds: “But they’re not so powerless anymore. They are standing up and resisting. Increasingly, in my practice I would hear people saying, ‘But I don’t need this church. Why must I beg them to accept me?’”

By way of illustration, Van Loggerenberg says that one of the ministers she interviewed was “so disappointed” with having the church turn its back on him that he “burnt all his theological books … all his Bibles”.

“He turned his back on God but only for a while. His calling was too strong, so he started his own church.”

The person Van Loggerenberg is referring to is André Muller, founder of the Reforming Church.

Made to resign after the failure of his marriage of three months (and being outed by his ex-wife), Muller was told to vacate the parish premises within a week and pay back the church-granted study loan immediately.

“They wouldn’t listen to me saying that I would find a job and pay them back in good time. So they took their money from my pension fund.”

Relocating to Pretoria, he reunited with a former boyfriend. Their two-year relationship came to end, however, when his partner’s life was claimed by acute leukaemia.

“On his deathbed he told me the church would never accept me. He made me promise that I would consider starting a church for gay people.”

Not long after that, Muller took over Hendrik Pretorius’s Pretoria-based Reforming Congregations of Equals in Christ, later changing its name to the Reforming Church.

Muller says that, although the church has in excess of 400 members listed, on any given Sunday there would be about 100 congregants in its pews.

Twenty-five years ago, in the hopes of “giving hope to queer people that they can be Christian and homosexual”, Oberholzer established the Gay and Lesbian Christian Outreach, later changing its name to Inclusive and Affirming Ministries.

“I established it to start a dialogue with churches to help them understand that homosexuality is not a sin,” he says. “Many of the open-minded clergy in the Dutch Reformed Church who voted for the 2015 inclusive decision have been through our conferences or influenced by us in some way or another.”

Although he says “there has been some success”, he concedes that changing attitudes is a slow process.

Much like the doctor who, 46 years ago, put him through the torturous aversion therapy.

“When that doctor showed me those pictures of naked men, I had to pick the 10 who turned me on the most. But none of them turned me on. I had never seen pictures of naked men before that and generally prefer pictures of men in swimming trunks or whatever,” he laughs. “He told me I had to look at those pictures and fantasise about what I would like to do with them. But I wasn’t inclined that way. I fell in love, you know. I only ever fantasised about falling in love and then maybe — maybe — something physical would happen. But he concentrated on the physical part, not the feeling of attraction. So I had to make up stories to please him.”

Van Loggerenberg adds that gay ministers and parishioners who feel rejected by the church “still go to Bible study groups [and that] these fellowships and their relationships are very, very important to them”.

Now studying graphic design (“because I have to get on with my life”), Visser has recently started dating, something he describes as “liberating”.

Muller is in a long-term relationship. “It’s such a feeling of relief to know that I can take off the mask and don’t have to pretend. I can be myself. That is a wonderful experience to have and one I wish for
everybody else.”

His partner is very active in the church. “We’re almost like a team. And that’s wonderful.”

More than four decades later, the effects of his aversion therapy are something Oberholzer continues to live with.

“It has affected my intimate life in a major way; a way that was detrimental to my wellbeing,” he says. “So I never thought I would ever have a stable partner.” But, he adds, “I have been in a relationship for 30 years now.”

For the first time during our interview, Oberholzer smiles. “Next month it will be 31 years.”

Ten years on, the massacre at the mine remains a metaphor for the ills of our society
Friday