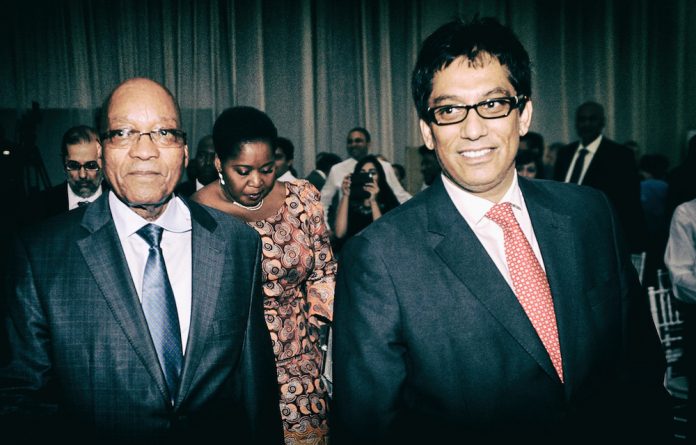 Ayo stated, among other things, that its private placement of shares ahead of listing on the Johannesburg Stock Exchange (JSE) was oversubscribed by R1-billion. It had sought to raise R4.3-billion, but claims to have received commitments of R5.3-billion.

Ayo noted: “The company elected not to take the rest of the commitments as our acquisition strategy did not require these funds. The suggestion [by amaBhungane] that ‘no one else but the PIC bought these shares’ is therefore grossly misleading.”

The PIC subscribed to the entire parcel of shares on offer at R43 per share (totaling R4.3-billion) – a decision and a price that amaBhungane questioned in the original article.

But Ayo’s complaints alerted amaBhungane to contradictions around the timing of the private placement.

Now further scrutiny suggests Ayo told investors it had the PIC investment in the bag even before the PIC had taken such a decision.

AmaBhungane has had sight of a range of documents confirming that the PIC held a “special portfolio management committee” meeting on Wednesday, 20 December 2017, at 13:30.

According to the minutes this meeting was to request the committee to “approve the waiving of the due diligence approval process” and “approve for the PIC to participate in Ayo Technology Solutions Limited’s private share placement ahead of its planned listing on the JSE on 21 December 2017”.

But two days before the PIC meeting, on 18 December 2017, Ayo issued a SENS announcement boasting:

“Ayo Technology received irrevocable commitments from invited investors to subscribe for shares in Ayo Technology to the value of R5.3-billion, well in excess of the R4.3-billion sought to be raised in terms of the private placement. The amount sought to be raised in the private placement will not be increased and successful invited investors will be advised of their allocations today, 18 December 2017.”

So while the PIC had not yet made a decision to invest, Ayo claimed “irrevocable commitments” of R5.3-billion. Such undertakings are legally enforceable.

We put it to Ayo chief executive Kevin Hardy that if the amount claimed on 18 December included the R4.3-billion requested from the PIC, it may amount to a serious misrepresentation as on the face of it the PIC had not yet decided to invest.

The other interpretation, equally serious, was that someone at the PIC had already delivered an “irrevocable commitment” to Ayo before the PIC committee had even considered the matter.

We asked both Ayo and the PIC to explain which of these two possibilities was correct, or to provide an alternative explanation.

The PIC did not respond.

Ayo’s Hardy responded: “I again refer you to our SENS announcement which addresses the fact that we have followed and complied with all JSE regulatory processes which have informed all of our announcements.”

We replied to Hardy, saying: “With due respect, you have not answered the question.
Did you have an irrevocable commitment from the PIC on December 18? Yes or no?”

He did not respond.

We asked the JSE whether this was something they would investigate.

Andre Visser, the JSE’s manager for issuer regulation, replied: “The JSE has taken note of this and will engage the company and its sponsor to get the facts before deciding what action is required.”

Our statement that “no one else but the PIC bought these shares” appears to be factually correct, but was it misleading? That depends on whether there was ever a serious intention to attract other investors.

According to the Ayo prelisting statement, the private placement opened on 13 December and closed on 15 December.

In an internal PIC memo seen by amaBhungane, dated 14 December, the PIC was clearly under the impression that it had been asked to commit to taking up the entire private placement.

An IPO is an “initial public offering”, a term which the PIC used to refer to the private placement.

Often when share issues are oversubscribed, they will be issued in pro-rata proportion to all subscribers meaning everyone gets slightly less than they asked for.

But Ayo said in its recent SENS release: “The share allocations took cognisance of the need to enhance or at least maintain, AYO’s black empowerment credentials, which is crucial in terms of AYO’s market positioning against its competitors.”

It is not clear how they could assess this on 18 December, when the PIC, which qualifies as an empowerment investor, had not made a formal decision.

It also suggests there were no black investors among the R1-billion worth of claimed extra subscription.

We apologise for the error. Our date was erroneously based on an online article from Business Report.

But the fact that the listing actually went ahead on 21 December makes the situation worse, because the PIC investment committee only sat on the afternoon of 20 December, the day before the listing, meaning it evidently made its decision under great pressure.

This also means that it is extremely unlikely that any of the conditions set by the committee were met before the PIC acquired the shares.

Neither the PIC nor Ayo answered questions about whether these conditions had been implemented since the listing.

Among Ayo’s complaints about our story the company also said it has had no relationship with Sagarmatha Technologies.

Sagarmatha is the other company linked to Survé, which had also sought PIC support in a separate private placement last month which would have seen 55% of Independent Media folded into Sagarmatha.

Ayo said: “Pointing out a common indirect shareholder is only useful to paint a particular narrative, which is mischievous in the extreme.”

But the PIC too was alert to the possible conflicts of the common indirect shareholder – the Survé family trust via Sekunjalo Investment Holdings.

A report prepared for the Ayo deal by the PIC risk team highlighted the influence of Sekunjalo in both Independent and African Equity Empowerment Investments (AEEI), which held 80% of Ayo prior to the private placement.

“AEEI and Independent News Media South Africa (INMSA) had a common major shareholder, namely Sekunjalo Investment Holdings (Sekunjalo). Sekunjalo is an investment company to which the PIC have exposure through INMSA (Project Iris). There should be no linkage between the proceeds from the IPO [the private placement] and Project Iris.”

Ayo said we had wrongfully created the impression that Sekunjalo and Survé are shareholders in Ayo.

They asserted that neither Survé nor Sekunjalo were shareholders.

This is correct, but we explained in the article that Sekunjalo had an indirect interest in Ayo via its 61% share in AEEI, which (following the private placement) reduced its holding in Ayo from 80% to 49%.

Ayo also complained that it did not need to be “propped up with R4.3-billion”, as we had alleged.

“[Ayo] is a substantive and profitable business, with significant contracts and market share. It is a credible company with a track record of nearly 20 years in the market place” the company said.

Bongo and his co-accused will appear in the Nelspruit magistrate’s court in Mpumalanga over charges of fraud, corruption and theft
Read more
Special Reports