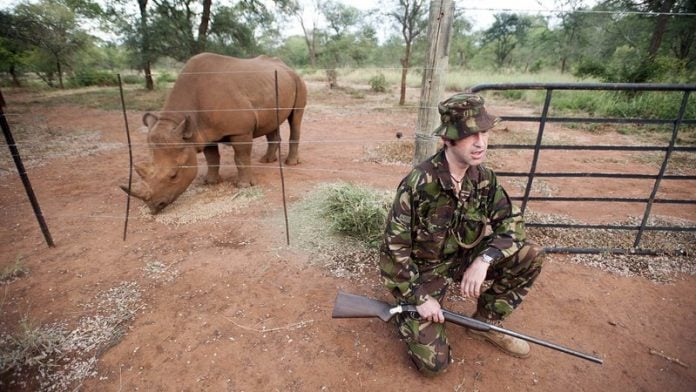 South Africa’s tourism sector contributes more to the national gross domestic product than most labour-intensive sectors in the country, including automotive manufacturing, agriculture and chemical manufacturing, directly supporting almost twice as many jobs as the mining sector and five times as many as the automotive sector.

Tourism is not simply growing — it’s a critical component of the South African economy, and has been identified as a vehicle for accelerated and sustained economic growth. It supports an estimated 730 000 direct jobs, making up 4.4% of our country’s total employment and, according to Minister of Tourism Derek Hanekom, is well on the way to achieving the National Tourism Sector Strategy’s goal of supporting one million direct jobs by 2026.

Speaking at the World Travel and Tourism Council’s Global Summit in Buenos Aires in April, Hanekom emphasised the importance of public-private partnerships, and that the tourism sector would continue working together with our partners in industry, in training institutions and in communities to grow tourism inclusively.

During 2016, more than 10 million international tourists visited South Africa, and overseas arrivals grew by 18%. The total direct and indirect contribution of tourism to GDP was R387-billion.

Of those 10 million international tourists, six million visited one or more of South Africa’s 19 public-owned national parks. SANParks, which falls under the department of environmental affairs, is the custodian of four million hectares of protected park, the management of which comes with significant cost: covering infrastructure, service delivery, maintenance and development, anti-poaching action and law enforcement.

Primarily a self-funding entity, SANParks generates around 80% of its operating budget, and has always relied on tourism revenue to support its conservation mandate. Of the 19 national parks, only five manage to provide surplus revenues to subsidise the remaining parks’ operational cost requirements.

Through its National Tourism Sector Strategy, the department of tourism works with its stakeholders to leverage South Africa’s globally competitive natural and cultural advantages. This work is supported by the five pillars of the National Tourism Sector Strategy: improving the visitor experience; facilitating ease of access; effective marketing; enhancing destination management practices, and bringing broad-based benefits to more South Africans.

Commercialisation through public-private partnerships (PPP) has long been recognised as crucial for the growth of tourism in South Africa. Among other things, PPPs bring in additional revenue for the generation of funding conservation, leveraging private capital and expertise to allow optimal use of under-performing state assets, facilitating rapid infrastructure delivery, reducing delivery cost of tourist amenities, and accelerating industry transformation.

There are currently 47 PPPs in operation in South Africa’s national parks. These give private partners access to state property for a certain period, allowing them to conduct business there.

The model transfers risk to the private sector, and allows SANParks to focus on its core function: wildlife conservation. Seven national parks are currently being used for PPPs, and the government foresees the possibility to include all 19 parks in the commercialisation model.

Speaking at the SANParks Tourism Investment Summit in 2017, SANParks chief executive Fundisile Mketeni emphasised the interdependency on tourism and conservation, and the importance of greater focus on concessionaire programmes that provide impetus to skills development, enterprise development, land claimant beneficiation and socioeconomic development.

Boosting domestic tourism forms an integral part of the long-term vision with the tourism sector. South African Tourism head Sisa Ntshona said that although international tourists were flocking to the country, domestic tourism was weak.

“We need to cultivate a travel culture into South Africans, especially the youth. We should look at how we can inform and educate our children to increase domestic travel.”

Ntshona said the country needed more tour guides, especially those able to share the stories and experiences of historical sites. “We need more young people, but they need to be knowledgeable. We need to make tourism everybody’s business.”

“More local heroes are needed to promote tourism. We need our black entrepreneurs to get involved in the tourism industry.”

To demonstrate its commitment to growing tourism, government in 2017 allocated an additional amount of R494-million to a Tourism Incentive Programme, designed to stimulate the growth of enterprises, create jobs, and enhance the visitor experience. A key component to the programme includes enhancing iconic attractions such as World Heritage Sites, national parks and botanical gardens.

In collaboration with SANParks, the department identified projects based on their ability to improve competitiveness, promoting public-private sector collaboration to develop complementary facilities, attractions and activities for tourists visiting South Africa’s national parks. These include initiatives to facilitate skills development and create employment among rural communities in the area, and are based on the commercial business case of the projects and shared value proposition.

Minister of Environmental Affairs Edna Molewa emphasised that government, in its efforts to create greater tourism diversity and increase tourism income, remained committed to ensuring that a balance is achieved between economic growth and environmental sustainability.

“We will continue to look for partners in the establishment of responsible new products for sustainable development and tourism growth, while at the same time ensuring that our fauna and flora in our national parks is conserved for the enjoyment of current and future generations.”