Shortly after he was fired as finance minister in 2017, Pravin Gordhan urged observers and commentators to “join the dots” to unravel the story of state capture in South Africa. This is what Shadow State: The Politics of State Capture does. 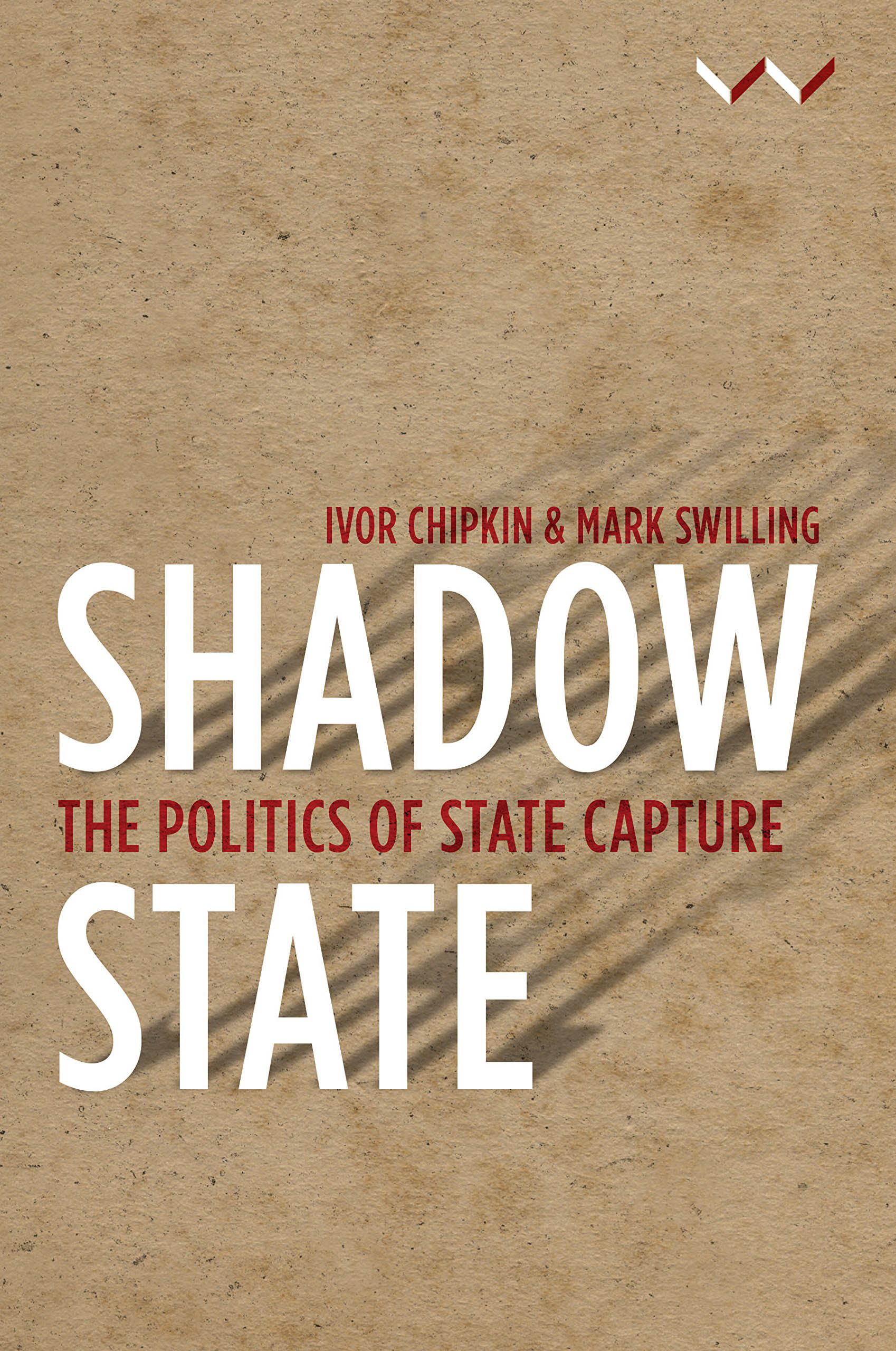 The authorial team that put the book together had earlier, at the time of Gordhan’s being dropped from the Cabinet in a late-night reshuffle by then-president Jacob Zuma, assembled the report titled Betrayal of the Promise, which began the process of analysing state capture as defined and investigated by Thuli Madonsela, then the public protector, in her 2016 report, State of Capture.

Betrayal of the Promise was an extraordinary collaboration of academics and experts, conducted in near-secrecy and aimed at providing a comprehensive picture of the situation at that moment.

It came out two months after the firing of Gordhan, alongside his deputy, Mcebisi Jonas, who, this book reveals, was a key instigator of both that report and, subsequently, this book — another extraordinary collaboration of incisive academic and analytic minds.

It was Jonas who had revealed the almost unbelievably lucrative offer (R600-million) made to him by the Gupta brothers in October 2015 if he would, essentially, work for them and in their interests, when he became finance minister — a position they apparently knew would soon become available, and a position they would have wanted filled by a compliant collaborator.

They nearly got their wish in December 2015, when Zuma fired then finance minister Nhlanhla Nene and replaced him with the barely credible backbencher Des van Rooyen. Nobody could see what Van Rooyen had to recommend him to Zuma as finance minister, until he arrived to take up the job with two Gupta-linked advisers at his side.

Van Rooyen lasted a mere weekend as finance minister before a public outcry, plus considerable pressure from business and political leaders, pushed Zuma to replace him with the highly respected Gordhan, who had been finance minister from 2009 to 2014. Many wondered how long Gordhan would last, because in Zuma’s attempt to get a Gupta stooge into the finance ministry he had tipped his hand, as cardplayers say: he’d shown the lengths to which he’d go to ensure nobody stood in the way of an expanding state-capture project, particularly in relation to the treasury, which would surely be the golden prize the state-capturers were lusting after.

Indeed, a year and a half after Zuma reluctantly replaced Van Rooyen, he rid himself of Gordhan and Jonas. It was almost comic, the way the alleged master strategist Zuma took advantage of Gordhan’s and Jonas’s absence from South Africa (on an investment-soliciting tour) to accuse them of some ill-defined offence against the state.

To bolster his case, Zuma brandished on TV an “intelligence report”, his favourite kind of document, that he said showed Gordhan’s and Jonas’s evil intentions.

Naturally, that report has never been made available for public scrutiny. Even if it contains nothing, if all its pages are blank, it is a key document of the shadow state. The whole saga is a neat summary of how that shadow state of Zuma’s operated and how it inadvertently revealed itself when Zuma tried to make it look legal and above-board.

For state capture is, by its very nature, an extralegal business. To succeed, as this book shows, it requires a parallel architecture to the legitimate state’s design. It cannot be conducted through the constitutional channels of a democratic state — it wouldn’t be able to set up the networks of patronage and rent-seeking that the Constitution aims to forestall. It wouldn’t make those mega-profits so desired by its participants, and it wouldn’t be able to hustle its profits out of the country.

Thus, once the Zuma-Gupta state capture project was rolling, the necessity for the Zuma-led elite’s undermining of democratic institutions meant to prevent and punish illegal manipulations of state machinery for private gain: the Hawks, the National Prosecuting Authority, the public protector, the South African Revenue Service(Sars) and even Parliament.

What the authors of Shadow State wish to illuminate is the structural development of the state capture project. They seek to move the conversation away from corruption, seen as largely disconnected instances of individual malfeasance, and to focus on the concerted, co-ordinated effort to capture and divert state resources by what union leader Zwelinzima Vavi called a “predatory elite”. This, they explain, is a thorough-going political project, justified ideologically by discourses of historical restitution such as “black economic empowerment” and “radical economic transformation”.

Some version of such change is indeed needed in South Africa, suffering as it does from the hangover of apartheid’s structural inequality, but these shibboleths have been hijacked by a political and economic project that, in the end, serves only the interests of that predatory elite and does precisely zero for citizens, least of all for the poorest of the poor — those who, the ANC has long claimed, it is the party’s mission to deliver from grinding poverty.

“It is clear,” write the authors, “that while the ideological focus of the ANC is ‘radical economic transformation’, in practice Jacob Zuma’s presidency has been aimed at repurposing state institutions to consolidate a Zuma-centred power elite.”

They continue, a little later: “Until recently the decomposition of those state institutions was blamed on corruption, but we must now recognise that the problem goes well beyond this.”

“It is apparent,” they write, “that the nature of the state that is emerging —a blend of constitutional and shadow forms — will make it incapable of driving genuine development programmes … The shadow state feeds off the constitutional state in ways that sap vitality from formal institutions, leaving them empty shells incapable of executing their responsibilities.”

Shadow State outlines the processes involved in the growth of this parasitic relationship, in which the legitimate state is shadowed by another set of imperatives, basically outsourcing vital jobs such as the appointment of ministers and key players —the Guptas’ advances to Jonas being a prime example of how the shadow state, in its own interests, usurps the functions of the real state.

“The ability to transact within this network,” the authors write, “is facilitated by establishing political marketplaces where support is traded through the provision of access to resources.”

The book describes how such shadow mechanisms work, from the controllers or patrons to the brokers and dealers involved in the process, especially those engaged in the money-laundering that is so essential to the project, if illegal gains are to be converted into something legal or at least untraceable.

The complicated transfers of monies from government to private entities in the Gupta stable, and how this facilitated their money flows, are traced, as are the changes to state organisation that helped the growth of state capture — in particular, the decentralisation of tendering processes for state work and the provision of services.

The authors draw on what is now a substantial body of evidence, showing how the networks of state capture have gained control of key nodes and persons and used them in their expansion. Work done by Madonsela, in her State of Capture report especially, is brought into alignment with the investigative journalism conducted by the amaBhunganeCentre for Investigative Journalism and, among others, the Mail & Guardian, to “join the dots” and to bring into the light what has been hidden in the shadows.

At least, now, since the fall of Zuma earlier this year, the new leadership of the ANC, under President Cyril Ramaphosa, has kicked off the process of looking comprehensively into state capture and its depredations. Commissions of inquiry are probing the broad project of state capture itself as well as the destruction wrought at Sars by its Zuma-imposed chief, Tom Moyane, after a purge of appointees from the era when Gordhan was running the revenue service.

The Moyane project at Sars will emerge, surely, as one of those self-protective manoeuvres instituted by Zuma to hide the kind of malfeasance detailed in Jacques Pauw’s bestseller,The President’s Keepers: Those Keeping Zuma in Power and out of Prison.

The Brian Molefes of the world, and the other Zuma-backed gauleiters who made it their job to repurpose state-owned enterprises in the service of the Guptas, are now facing serious probes into their dodgy doings.

The state capture commission of inquiry led by Deputy Chief Justice Raymond Zondo got under way earlier this month and is now sitting. It has heard from Jonas as well as Vytjie Mentor, another minister the Guptas tried to suborn, and more is sure to come. There is an almost bottomless well of corrupt activities that were and are a part of the state capture project to investigate. If it wants a comprehensive and finely tuned guide to how state capture worked in South Africa during the Zuma decade, the commission could do worse than to buy a bunch of copies of Shadow State and distribute it to all its officers.