Visitors to the strikingly beautiful Western Cape can travel back in time at the West Coast Fossil Park in the Langebaanweg area, just an hour-and-a-half’s drive north of Cape Town; their experience of this ancient site has been improved by funding to the tune of R67-million from the National Lotteries Commission (NLC).

The park is world-renowned for its exceptionally well-preserved fossil fauna remains that date back to the terminal Miocene/early Pliocene (around 5.2-million years ago). A multinational research team is studying this environment; the climate then was subtropical, with lush riverine forests and open grasslands, and the area was populated by animals that are now extinct, such as sabre-toothed cats, short-necked giraffes, hunting hyenas and African bears.

The deeply buried fossils that have made the park so famous were uncovered during phosphate mining in the Langebaanweg area, which started in 1943, initially at Baard’s Quarry on Langeberg Farm, close to where the air force training base is today. The solid phosphate rock was mined for fertiliser; tragically, it is thought that many tons of fossils were crushed up along with the rock before scientists were made aware of their existence in 1958. 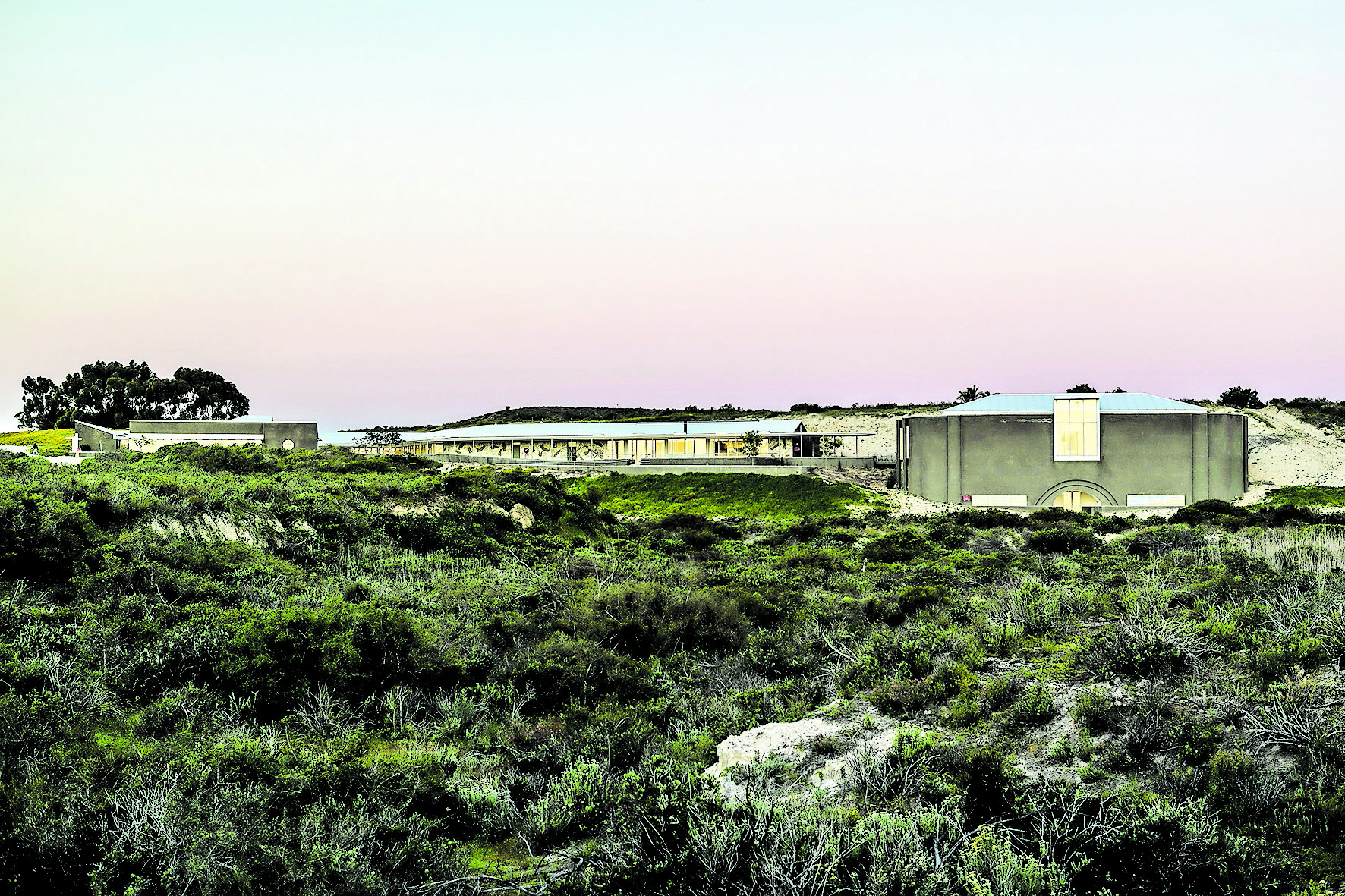 This was when the mine superintendent showed some visiting academics a small collection of unusual phosphate samples and bones collected by one of the mine employees. The samples included the ankle bone of an extinct short-necked giraffe, which became the subject of the first scientific paper published on the site, and a tooth of an extinct elephant.

From the 1960s up to the late 1980s, fossils from the Varswater Quarry were a focus of research by the South African Museum, now the Iziko South African Museum, under the leadership of Dr Brett Hendey, who published numerous papers on both the fossil fauna and geology of the Langebaanweg area, but research slowed down considerably after his departure in 1986.

When the decision to close the mine was made in 1993, the future of the fossil site was precarious. However, museum personnel, together with the then National Monuments Council managed to get a 14-hectare fossil-rich area within the mine property declared a National Monument Site in 1996, and subsequently the entire mine area, approximately 700ha, was declared a National Heritage Site.

The West Coast Fossil Park was officially launched in September 1998, when excavations for fossils resumed.

The remains of several extinct giraffes, called sivatheres, were uncovered and left “in situ” for public viewing. This first phase also included the renovation of the old Chemfos mine office block to provide a display area, lecture room, laboratory, offices, tea room, curio shop and research accommodation for a team of up to 12 people.

Excavations at the Park were extended annually thereafter, and to date a total of 80m2 of the fossil bone bed has been laid open and is available for viewing by the public.

Researchers from all over the world come to South Africa to work with these collections at the Iziko South African Museum, as they provide an important context for interpreting and dating similarly aged sites in other parts of Africa, as well as providing a unique insight into the climate and environment of the west coast some 5.2 million years ago.

The West Coast Fossil Park secured funding from the NLC in 2009, with R67-million being delivered in three tranches for the design and construction of a museum and visitors centre, and the creation of a number of visitor experiences.

Activities catered for include educational digs and research digs, and the funding also contributed to improving transport in the park transport, and covered various other capital costs. 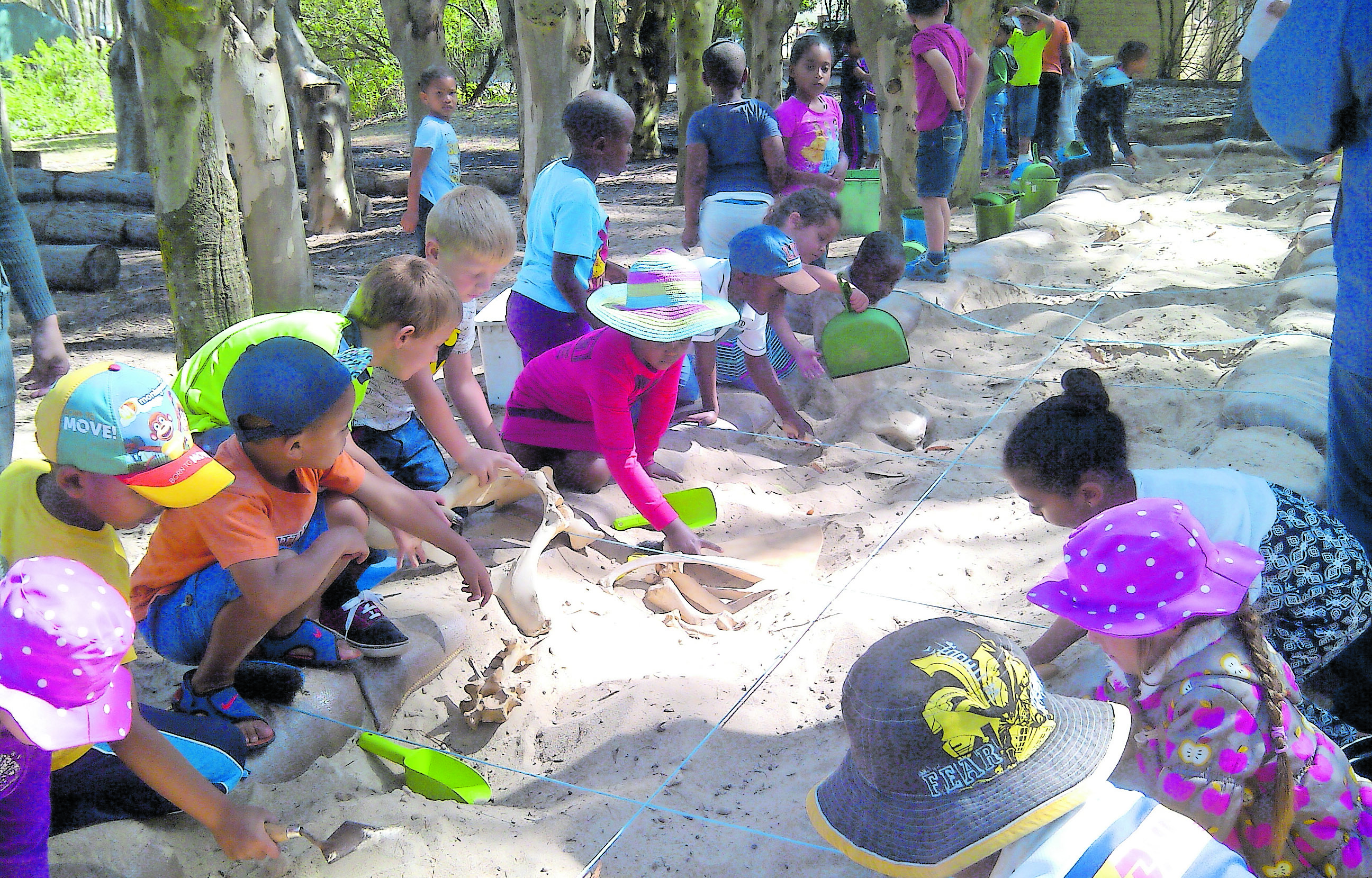 The state-of-the-art museum building is complete and is one of the few fossil sites where visitors can see fossils in the ground, exactly as they were more than five million years ago.

The visitors’ centre offers guided tours around the digs in the Park, as well as a range of activities for children, bringing them closer to the ancient geographical events that formed this region. A restaurant offers a range of refreshments, and the gift shop has a selection of mementos for visitors.

The Park’s website (www.fossilpark.org.za) offers a range of education materials suited for various grades, bringing the study of long-dead ancient animals to life.

NLC funding provided for the development of educational digs over a period of three years, research digs, improvement to the facilities, the construction of a museum, and park transport and capital costs.

Since its inception, the site has become renowned for its exceptional remains and the funds have seen the museum completed to incredibly high standards. The funding falls within the arts and culture remit of the priority funding strategy and reinforces the lottery’s commitment to protecting and preserving the natural heritage South Africa.

Why is it important to preserve and study fossils?

Fossils are the hardened remains of life forms from thousands or millions of years ago, and include impressions of skeletons or leaves, or even footprints.

The oldest fossils found are approximately 3.8-billion years old. Animals with hard body parts are most likely to be preserved by fossilisation, although the right conditions will create fossils from plant material. Completely soft-bodied creatures like jellyfish are unlikely to leave fossils.

They’re all the evidence we have of what was happening on Earth before humans evolved to tell stories and record information, and they’re particularly rare because only a few things are able to be leave a fossil when they die, as most decay naturally.

Fossils are created when living organisms are changed by outside forces such as heat and pressure, which triggers an organic process that leaves a carbon impression – also known as a fossil.

This is how we know about dinosaurs; their fossils were created through a process called permineralization or petrification.

What do we learn from fossils?

Everything we know about dinosaurs, we know from studying fossils. Fossils have shown where certain dinosaurs roamed, what they ate, and whether they traveled in packs or were solitary. They have also revealed how some species evolved, depending on their location, and they have even revealed which species fed on others, giving insights into whole ecosystems.

Fossils aren’t just found anywhere — they require very specific conditions to be created — the West Coast Fossil Park is one such location that had the ideal conditions for fossil formation.

‘Don’t profile me; profile whistleblowing as a concept’

Brothers implicated in NLC dubious payments take each other to court

Tiny dinosaur with big eyes and ‘ears’ hunted in the dark