It is Tuesday morning and there are no customers in Vero’s Cakes, but the small bakery in Randburg is buzzing with activity as workers fill the storefront with bags of scones whose fresh-from-the-oven scent spills out into the Randhof Centre.

“You should have seen last week I was sending messages: ‘Sorry we cannot bake because our lights are down’ and people were saying, ‘Please use a generator’, but if only they knew how much it costs,” says bakery owner Veronica Shezi.

She describes how the recent rotational power cuts, which lasted over a week, have affected her eight-year-old business, which employs 30 people. Shezi operates on an order-only basis, which explains the lack of foot traffic in the store.

“Last week alone I don’t know how many batches of scones we had to throw away. You know how lamakhekhe [these cakes] depend on heat to rise, so when your ovens are full and then the next thing they go off, as long as the thing in there has not risen, forget it,” Shezi says.

Her bakery also makes cakes for special events, queen cakes and biscuits, but it is clear that scones are the favourites.

The bakery has three ovens dedicated to making scones, with the capacity to fill 20 buckets. One 20-litre bucket of scones sells for R460. Orders start picking up from Wednesday in preparation for the weekend, which means ovens are functioning all day.

On scones alone, if all the ovens are full and load-shedding hits, Shezi loses R9 200 worth of stock at once. 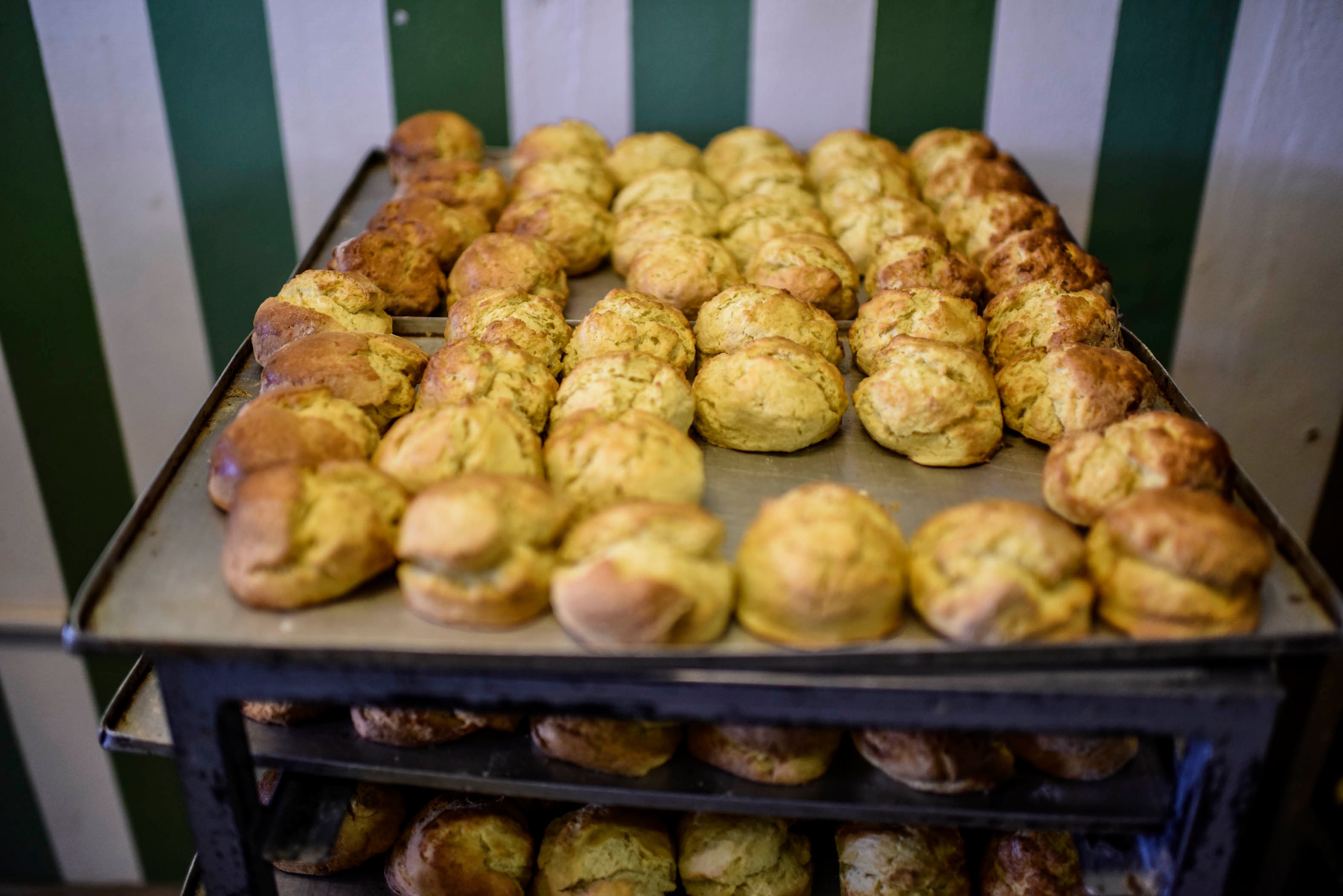 “I have already got a quotation for a generator that will power all my ovens at the same time. It costs R280 000. I don’t have it,” she said.

Because of a loss of generating units and electricity imports from Mozambique, on March 16 Eskom escalated rotational load-shedding from stage two to four in one morning. This situation remained for much of the following week, before Eskom suspended further load-shedding last Friday.

“The risk of load-shedding remains, as the system continues to be vulnerable. Load-shedding will only be implemented when absolutely necessary,” the utility warned.

But this is cold comfort to Michaelo Melnyczuk, who does development work in the food industry.

When load-shedding struck unexpectedly, Melnyczuk was in the middle of making sample products for a new line of processed vegetable products for the export market.

He and his business partner have been working on building the machinery that will be used for processing these products, which will be shipped to their investors abroad. “We started production and then load-shedding happened and we couldn’t continue. I couldn’t take the material out of the machinery so I had to leave it in there.

“After the two hours, the power came back and we started up the process but you could smell a light sourness in the product so we had to clean up the machinery, dump what we had and get new raw material,” he says.

Melnyczuk and his business partner were making the products to prove the concept to their investors, who are growing impatient with the pair, because they were supposed to have completed the machinery development process by December.

“The investors want us to make the product for the first six months, to prove the concept, to understand the equipment is working before we ship it out,” he says.

Instead, the pair are scrambling to salvage the relationship to avoid having to repay a R1.2-million in funding from the investors, which would shut them down.

This week the Small Business Institute urged the government to hasten its efforts to resolve Eskom’s electricity supply issues, “which are having a crippling effect on the small business segment”.

“Smaller firms, which are expected to create 90% of South Africa’s jobs in 2030, are more vulnerable than big business peers as they are not in a position [to spend] on alternative sources of energy during periods of load-shedding,” said the institute.

The cost of unserved energy, which is the financial cost of electricity interruptions to customers and the economy, is R87.85 a kilowatt/hour, according to the National Energy Regulator of South Africa (Nersa) in the updated draft integrated resource plan (IRP) of 2018.

This means that one day of stage two load-shedding, when Eskom removes 2 000MW of power from the grid, which typically lasts about 14 hours from 9am to 11pm, costs the country an estimated R2.4-billion.

Project director at the Energy Intensive User Group of Southern Africa (EIUG) Shaun Nel said, although Nersa has a figure for the impact of load-shedding on the economy, the problem was much broader when compared with previous load-shedding experienced in 2008 and 2010, when South Africa did not have the capacity to meet demand.

This time around, the problem was not capacity but plant failure, which made the ability to forecast “impossible”.

“That is a massive problem for the industry because you can’t plan to mitigate the risks of load-shedding in advance, which has negative consequences for productivity,” said Nel.

The EIUG represents companies in large industry in the mining, beneficiation and manufacturing sectors, which consume more than 40% of the electricity produced in the country and contribute 20% to the country’s gross domestic product.

The unplanned and rapid changes in the frequency and intensity of load-shedding “has an impact on the life span of the machinery”, said Nel. He added that, after a period of load-shedding, when machinery is switched on and off again, its productive capacity starts to decline.

On Monday, the Minerals Council of South Africa told journalists that mining companies — whose sustainability is threatened by a combination of high tariff increases and unreliable electricity supply — wanted to generate some of their own power with small-scale embedded generation (SSEG). But they had been blocked by regulatory challenges and difficulties in accessing Eskom’s transmission lines to transport electricity.

SSEG allows for households, businesses and industries to produce their own power and feed the surplus into the grid, but its development has been throttled by regulatory uncertainty.

Simon Haw, a board member at the South African Photovoltaics Industry Association, explained that, to install an SSEG project, a technical compliance certificate had to be obtained from the relevant municipality.

If the project was bigger than 1MW, a generation licence had to be obtained from Nersa.

Haw estimated that if the 1MW cap was lifted at least another 500MW to 1GW could be added to the grid in 12 to 18 months.

This could reduce load-shedding by at least one stage.

Currently a generation licence can only be approved after a

public participation process. But Nersa cannot issue a licence unless a determination is made on how much energy production will be allocated to embedded providers. But this remains subject to the as-yet-unfinalised updated 2018 IRP, which has been in limbo for three years.

“The actual licensing requirements are too onerous and at the moment they aren’t processing any licences above 1 MW,” said Haw.

“There is only one licence that has been issued in the past four years that I am aware of.”

Nersa denied this and said it was processing all applications which meet licensing requirements. “There are, however, prospective applicants that would like to apply to Nersa but do not have all requirements, particularly compliance with the IRP,” said spokesperson Charles Hlebela

“The fundamental point is that the 1MW cap is arbitrary …I have not seen any scientific proof that [the cap] is there because … they have worked out that it is going to protect the system and there is no reason why it cannot be increased,” added Haw.