ANC secretary general Ace Magashule has had a rough week and it is about to get worse.

Explosive evidence is expected to be led before the state capture commission of inquiry, chaired by deputy chief justice Raymond Zondo,by former provincial treasurer Mxolisi Dukwana. He is expected to make his submissions in two parts over the next week about Magashule’s ruinous reign over the Free State.

Dukwana was the MEC for economic development in the Free State and has intimate knowledge of the workings of that provincial government when Magashule was premier.

The first part of Dukwana’s evidence at the inquiry on Friday caps a week in which Magashule lost key battles at a special ANC national executive committee (NEC) meeting, which he was forced to convene in the first place.

Dukwana told the Mail & Guardian that his evidence is set to include his revelation last year that he was offered R2-million a month for 10 years in exchange for his signature to help put the Guptas in charge of a multibillion-rand construction deal.

But he added that his evidence would be critical in toppling Magashule’s “house of cards”. 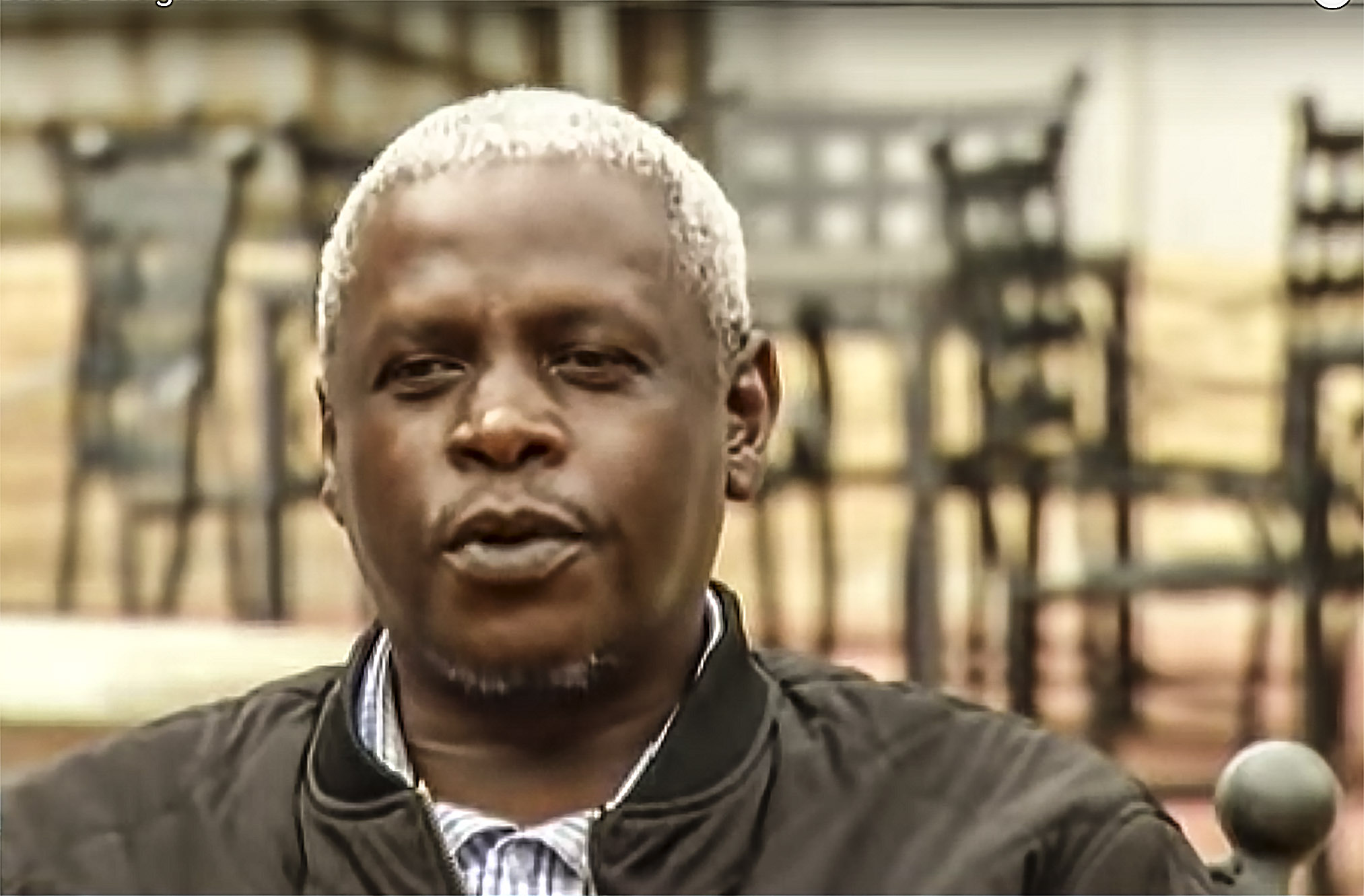 Ex-treasurer Mxolisi Dukwana vowed to tell all at the Zondo commission. (City Press)

“If you go to the Free State, many small black businesses have been destroyed in favour of Ace’s friends and cronies …also who got land in the provincial government’s land reform programmes? My next submission will demonstrate how the province was captured,” he said.

Dukwana described Magashule’s version of “radical economic transformation” as “simply sloganeering”, given his dealings around land reform in the Free State.

Pieter-Louis Myburgh’s new book Gangster State: Unravelling Ace Magashule’s Web of Capture details one example of capture in a chapter titled “A Family of Fixers”.He describesthe infamous Vrede dairy scandal, in which the Gupta-linked Estina dairy farm received a whopping R334‑million with little to show for the project, which was intended to benefit emerging farmers.

The chapter details how Magashule’s sons, daughter and associates were intimately linked to the Gupta family. Controversial Gupta-linked former mining minister Mosebenzi Zwane was agriculture and rural affairs MEC in the provincial government — and also a central figure in the Vrede dairy farm project — before being elevated to the Cabinet post.

“The truth will triumph, Ace’s house of cards is now crumbling,” Dukwana said.

He said his submission would corroborate much of the information about the inner workings of Magashule’s alleged corrupt networks in the Free State detailed in Myburgh’s book, which describes Magashule as “Mr 10%” because he allegedly demanded a cut of every contract doled out by the provincial government.

This means that at least some of the evidence in the book is set to be submitted as evidence to the Zondo commission, which could open the way for further scrutiny of Magashule’s dealings during his term as premier.

The M&G understands that at the NEC meeting this week President Cyril Ramaphosa said Magashule should deal with the allegations emanating out of Myburgh’s book as a “personal issue”. The book details the state capture and corruption under Magashule in the Free State during his decade-long premiership.

The ANC on Sunday issued a statement, signed by Magashule, which described the book as “fake news”. Following the special NEC meeting on Monday, the ANC indicated it would retract the statement but later backtracked due to “legal considerations”. ANC spokesperson Dakota Legoete said a complaint was lodged with the press ombud over weekend reports on the book and the party was advised that retracting its statement may “mean something else”.

Magashule has had to apologise to State Security Minister Dipuo Letsatsi-Duba after he attacked her for apparently forwarding to the Independent Electoral Commission (IEC) a WhatsApp message that accused him of tampering with the party lists. The statement attacking the minister is also set to be retracted. Legoete said he was awaiting further instructions from Magashule in this regard.

In a statement after the meeting, the ANC reaffirmed its confidence in the list process, dismissing allegations that it had been tampered with.

Magashule’s allies were unable to stop the party’s lists, littered with tainted individuals, from being referred to the ANC integrity commission for scrutiny. Magashule loyalists had resisted the referral, arguing in the meeting that the list process had come to an end.

Magashule told journalists on Monday that he was considering his legal options to deal with Myburgh’s book and therefore could not comment extensively on it.

In response to questions from the M&G about whether the allegations contained in the book will be investigated, Hawks spokesman Hangwani Mulaudzi said the unit would “enquire into the allegations that have been advanced”.

He said it was hoped that those with information on the allegations would come forward.

Asked for a list of cases under investigation to do with the Free State government, other then the Vrede dairy farm matter, Mulaudzi said the Hawks could not divulge this until the investigations were finalised.

According to the ANC statement following the special NEC meeting, the party confirmed that the lists were referred to the integrity commission for review.

It is understood that the NEC was “reminded” of the resolution on the terms of reference of the integrity body, which was adopted last September. The commission can refer matters to the NEC for disciplinary action against a member, if it is found that any member or public office bearer has engaged in unethical conduct.

The victory for the Ramaphosa group was a hollow one, however, given that the lists submitted to the IEC cannot be amended and are subject only to the commission’s own objections process, which has limited scope to remove individuals from party lists. But the meeting was told that the inclusion of dodgy characters on the lists was being raised with party leaders during interaction with communities on the campaign trail.

ANC deputy secretary general Jessie Duarte told journalists that the commission’s report on the lists “could have an influence”.

“Unfortunately the reality has been that there is a campaign against some people, but we are not looking at the integrity issues against everybody. We are saying to the integrity commission, don’t leave anybody out. Give us a report that includes your findings on everybody in the list. They would not need to deal with criminality because we have dealt with that,” said Duarte.

She added that the integrity body “does have influence” and that influence was demonstrated where people who were elected to positions in the ANC or in the NEC were “asked to step aside”.

“But I think we need to wait for the outcome and not to try to force the integrity commission to have an outcome for popular purposes,” she said.

Meanwhile, calls from civil society for the ANC to review its lists continued to mount. Party elders were the first out of the starting blocks in criticising the ANC lists.

This week the Centre for the Advancement of the South African Constitution and Corruption Watch called on the party to review its list of candidates.

“The legal grounds for formally objecting to the inclusion of particular candidates on the parliamentary lists are extremely and inappropriately narrow,” the nonprofit organisations said in a joint statement.

“This affords little opportunity for successful legal challenge to the inclusion of candidates, some of whom have been found to have lied under oath, others who are the subject of strong prima facie allegations of corruption, made under oath, while still others have had persuasive allegations of racism and sexism levelled against them.”

The organisations said political parties should remove these candidates from their lists. They are also demanding that the relevant legislation for candidates fit for Parliament should be amended.

“Discussion surrounding the appropriateness or otherwise of candidates for high political office inevitably give rise to repetition of the mantra of ‘innocent until proven guilty’. The implication of this is that only convicted criminals are disqualified from public office, thus allowing severely ethically challenged individuals to occupy seats in Parliament and the provincial legislatures,” said David Lewis, executive director of Corruption Watch.