‘I don’t know how my children will survive’: Zimbabwe in crisis

Mutemarare, 61, walks through his corn field, desperately looking for remnants of maize.

He’s not expecting to find any, as most of his crop wilted before reaching maturity, the result of the devastating drought that has hit Zimbabwe.

Before Cyclone Idai wreaked havoc on eastern Zimbabwe last month, the country was already in the grip of a food crisis. El Niño had left 70% of the country’s population in desperate need of aid after the rains failed.

“I will be a lucky man if I harvest a 50kg bag of maize,” says Mutemarare, looking to the skies as if to summon divine intervention.

The crops that hadn’t already died from the drought were washed away by torrential rains brought by Idai. Fortunately, the cyclone did not directly hit the Mutoko region of Zimbabwe, about 140km east of the capital, Harare.

“It’s a desperate situation. I did all I could but it was all in vain,” Mutemarare says, peeling off an immature maize cob.

About 10km from Mutemarare’s homestead a maize delivery truck pulls over at Kawere business centre, where hundreds of villagers are impatiently waiting for aid.

But it will take another four hours to get a 50kg bag of maize meal, Zimbabwe’s staple crop, from the social welfare officer – for those who are on the list. 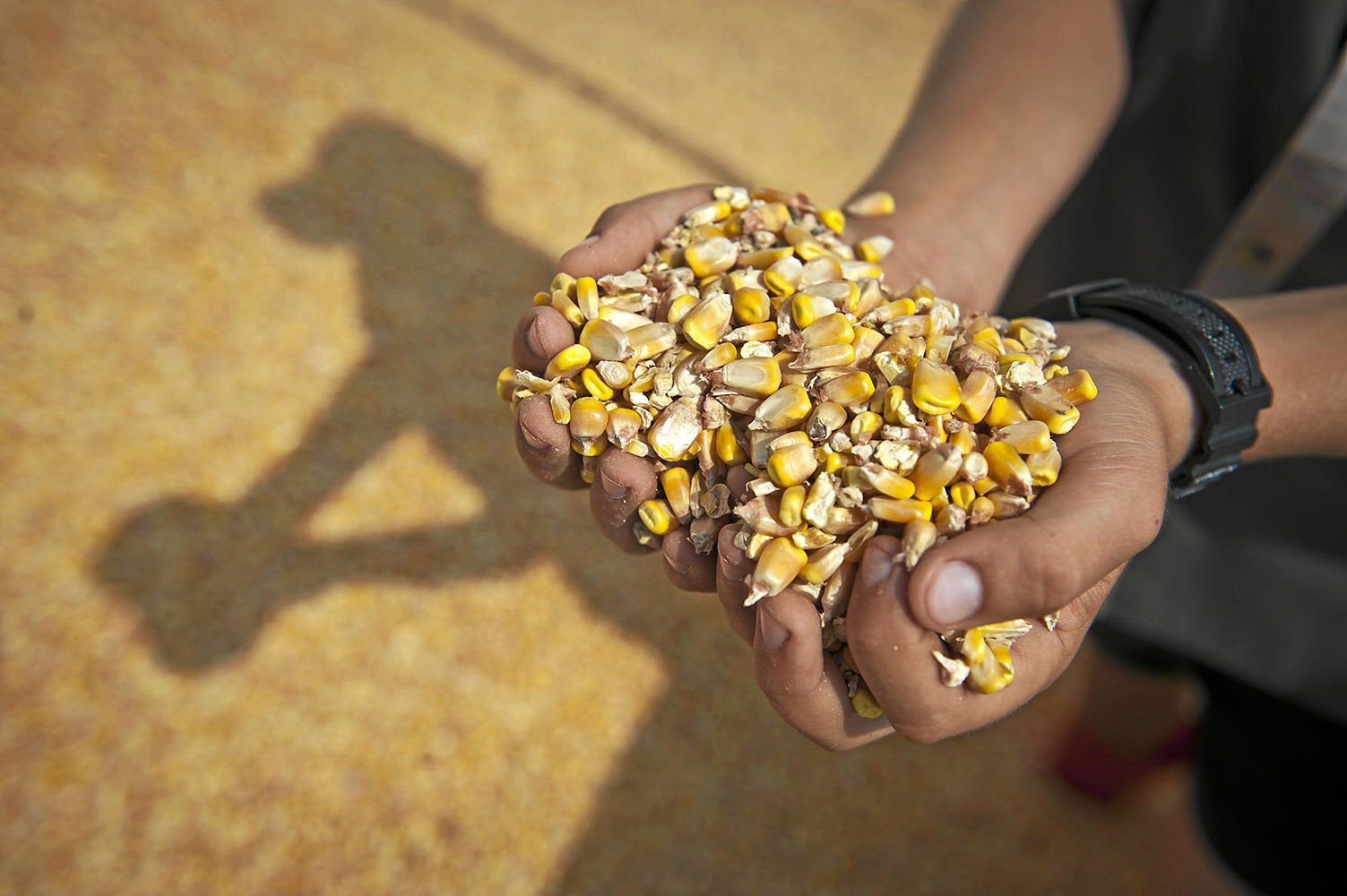 Cyclone Idai’s wrath: “We do not have the luxury of eating three times a day here”. (Delwyn Verasamy)

Among those who have braved the blazing sun is 28-year-old mother of three, Julia Chakerungana.

But her name was omitted from the rollcall of beneficiaries, so she and her husband’s other four wives will have to wait for another three months to get their bag of meal.

Back home, their frail 80-year-old husband can no longer provide for his large family.

“I don’t know why my name was omitted from the list,” says Chakerungana. “I was present at the last community meeting where everyone registered. They say I am young and I can fend for myself, but life is tough for everyone here. I don’t know how my children will survive.”

The department of social welfare has been battling to feed the entire village, but resources are scarce. They prioritise orphaned children and families headed up by minors, which are increasing.

“There is nothing at my farm to show for all the hard work from last season. The heavens didn’t smile on us. My crops have all dried up. It is going to be a tough year,” says Chakerungana.

Desperation fills the air as other women whose names were not on the list beg the welfare officer for some maize that will at least last them a week. They are sent away empty-handed.

“We do not have the luxury of eating three times a day here. Food is expensive now, I cannot afford [it],” says Morris Mukwepi, another farmer in Mutoko.

Across the road, maize meal vendors take advantage of the desperate situation, selling 10kg for $10 (about R144), which is beyond the reach of most villagers.

For the past four years, Loveness Ndemera, 67, has been taking care of her four grandchildren following the deaths of her two daughters.

Life has not been easy, she says.

Every morning she sets up a stall of secondhand clothes in Kawere village. On a good day she makes $5 (about R72), enough to buy a small amount of food.

“I couldn’t get anything from the social welfare. They lost my details,” she says.

“It is tough to take care of four orphaned grandchildren and a blind husband. I hope to sell a bit of merchandise so that I can at least buy mealie meal to last us this week.” 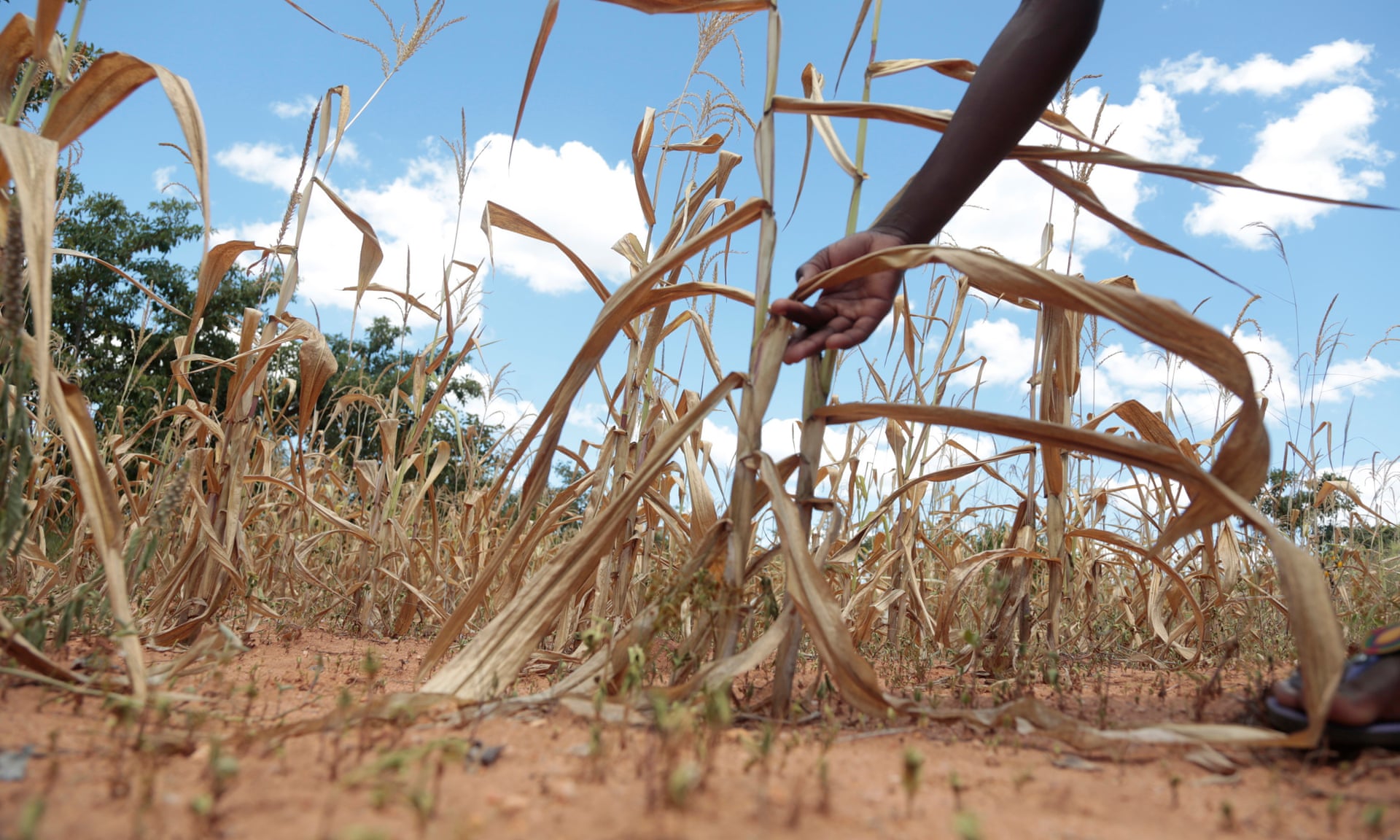 A drought-stricken maize crop, days before the Cyclone hit, in Mutoko. (Aaron Ufumeli/EPA)

Adjacent to the food distribution point is Kawere primary school, where Brian and his two friends are playing on the football pitch. The three boys are visibly malnourished. Their families can only afford a single meal.

The World Food Programme (WFP) is now giving cash assistance to villagers. They expect most Zimbabweans to require food aid until 2020.

“The most important livelihood opportunity is agriculture, but with the current situation it means there is nothing until next year. So there a strong possibility that we will need to support families until March next year,” says the WFP’s country coordinator, Eddie Rowe.

The current food crisis in Zimbabwe has been exacerbated by the reliance on a single staple crop, maize, which is not suited to drought or warmer temperatures. Farmers have been encouraged to also grow drought-resistant crops like sorghum.

The country is already facing a maize deficit of 711 000 tonnes after harvesting only 900 000 tonnes last year.

The food crisis is expected to peak in May, toward the end of the normal lean season. The government is appealing for $3.2-billion (about R46-billion) emergency assistance to avert a humanitarian crisis between now and March 2020.

President Emmerson Mnangagwa, who has previously insisted that the country has enough grain reserves, admitted that 7.5 million people both in rural and urban areas would require urgent food aid.

An extra $60-million (about R866-million) has been added to that amount to address the impact of Cyclone Idai.

More than 1.5 million people in the urban areas are said to be food insecure. The situation is likely to worsen amid rising food prices, with basic commodities beyond the reach of many Zimbabweans.

This is an edited version of a feature originally published as part of The Guardian’s Global Development project.