Children commit crimes. The reasons they do are rarely simple and the solution is not a criminal record. In the second part of a series about children in conflict with the law, Athandiwe Saba talks to youngsters who have turned their lives around, thanks to government programmes

Oarabile Thejane was 13 when the police caught him inside his teacher’s house, trying to steal so he could buy booze. After his fingerprints were taken, a slew of burglaries were connected to him. His parents could only see a downward spiral and a life of incarceration for him.

The 24-year-old from Pampierstad in the Northern Cape says: “By the time I was arrested, I was closer to 14 years. On that day I was on my way to school but I changed my mind and decided to go back home. While at home I remembered that my teacher was living alone so, while she was at school, this would be the best time to break into her house.

“But a neighbour saw me and called the police, who found me inside the house. They beat me up and took me to the police station. They beat me up again. At that time they took my fingerprints and all the previous cases I had thought I had got away with caught up with me. I had a lot of cases.

He speaks softly and rarely makes eye contact as he narrates his story of how he ended up at the centres, run by the department of social development. After his arrest, a social worker wrote a report and sent it to the magistrate. He was then transported to Lerato Place of Safety, in Kimberley, where he spent six months waiting for his trial.

“During the time at Lerato Place of Safety, six boys raped me. At the time that this was happening, I did not think about it. I tried very hard to block it out. But a case was opened and the boys were prosecuted.”

Social workers called in his family so they could talk about Thejane’s rape. Talking to them about his crime was also a way for him to understand that what he had done was wrong. This step allowed him to be released into his parents’ care.

READ MORE: Through the eyes of a child convict

But, instead of taking his second chance, he went back to breaking into people’s houses. “It was December and I thought to be cool again I needed money for alcohol. I don’t know why I did it again because I had everything at home. I just wanted a sense of belonging.”

Thejane was arrested again, and appeared in court before being sent to the Molehe Mampe Secure Care Centre, in Kimberley, to await trial. He was then sentenced to five years in a secure centre. 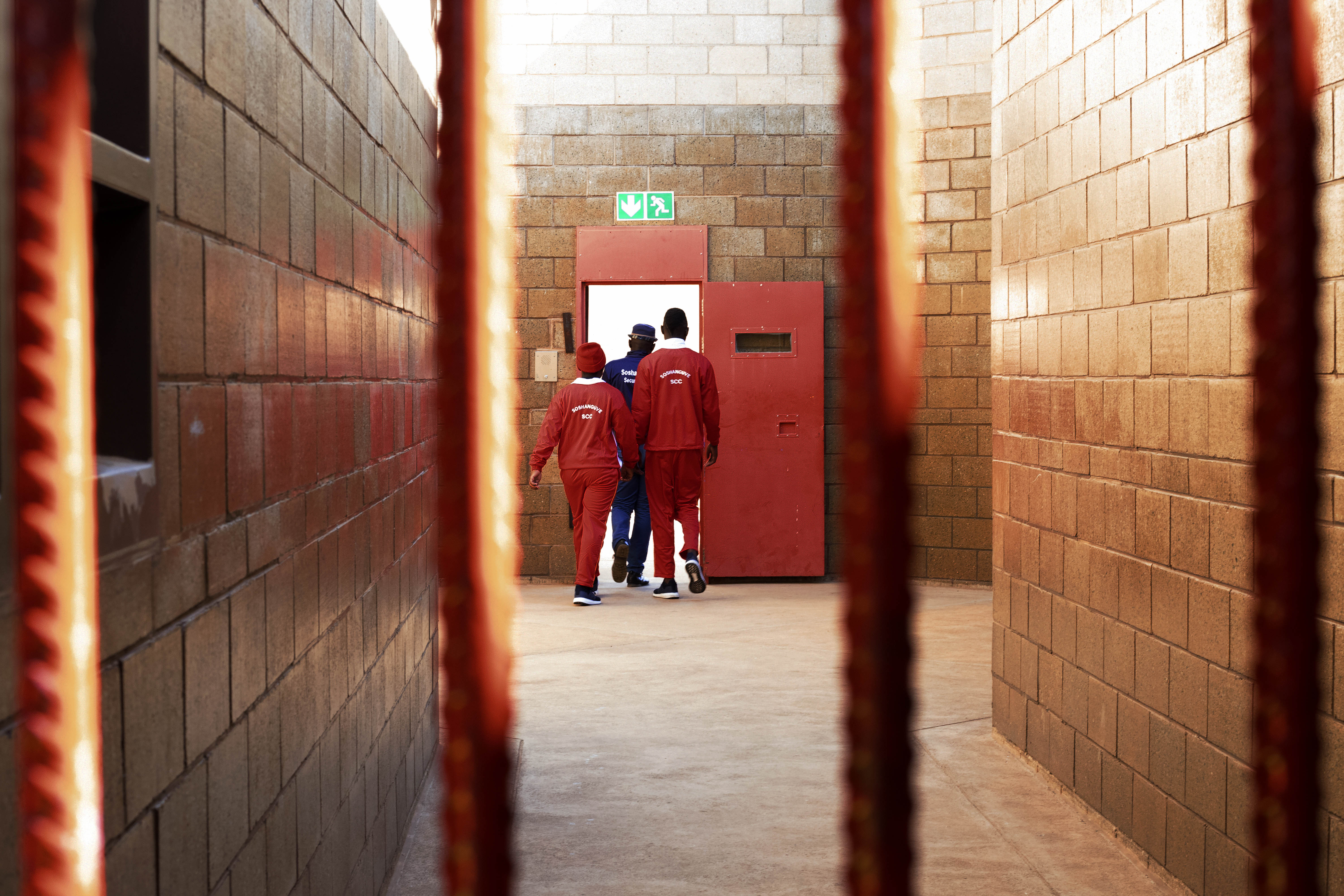 Second chance: The Soshanguve Secure Care Centre is one of 31 facilities for children awaiting trial or who have been convicted for crimes they committed. (Hiram Alejandro Durán/M&G)

Thejane was moved from one centre to the next before ending up at the one in De Aar. This, he says, was his turning point.

“This time around I knew I had to change my ways. But it was only when I arrived at a secure centre in De Aar that I fell in love with carpentry, and the hours to make anything gave me time to think.

“I started to open my mind because I realised that there was no future on the path I was on. I kept to myself a lot of the time and joined a number of groups, which taught me that if I don’t stand for anything, I will fall for anything.”

At this point in his story, Thejane lifts his head, straightens his shoulders and stops wringing his hands. He becomes animated as he talks about joining programmes such as Breaking the Chains, and other campaigns aimed at helping people tackle substance abuse.

Thejane smiles when he tells of how he learned how to use a computer and how to build things with “my own hands. This gave me a reason to wake up every morning and try to be a better person for myself and my parents.”

He was then chosen to represent the De Aar centre at the first national youth camp that was held in the Free State. “And after that, I was chosen to be the chairperson of the Youth Forum in the Northern Cape province for two years.”

These opportunities allowed him to work closely with other youngsters like him.

“I was a leader and I didn’t even know it. The programmes I went on showed me I could do this and I could use my life story to make a change in other people’s lives. I was ready to go back into my community.”

After his release, Thejane became an intern at the social development department and is now learning how to be a childcare worker. 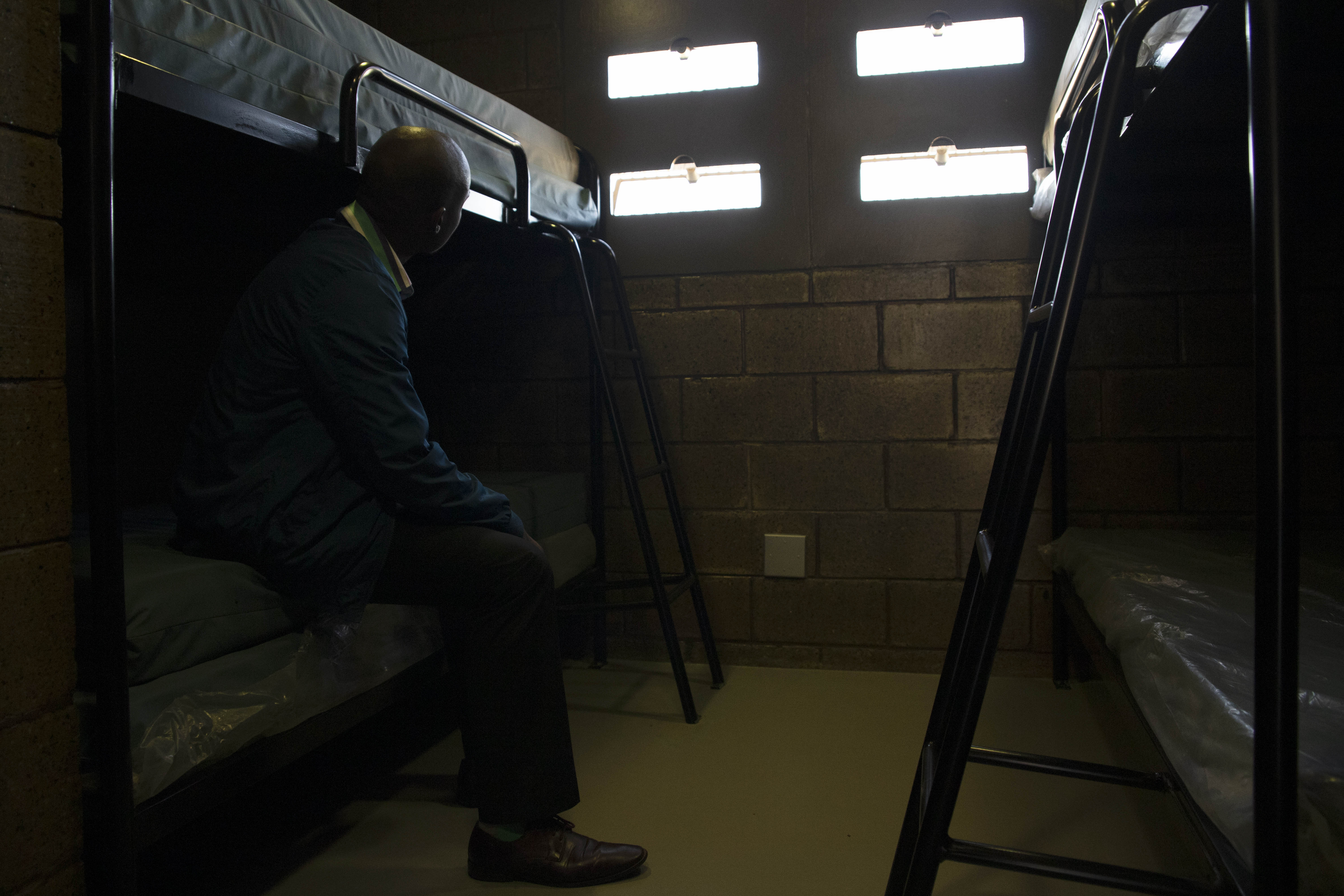 He has come full circle. He’s back at the Lerato Place of Safety — only this time he is helping troubled young people change their lives.

Teen who lost her way grasps her second chance

It took a long time for Anathi Msindo to connect the dots and work out why she had become addicted to drugs, and stole to maintain her habit.

“It was only last year, when I sat down with a social worker and my family to unravel what was happening to me. I finally told them that at [the age of] seven, my uncle raped me. My cousin saw this but, because we were so young, we didn’t tell anyone.”

In 2014, at the age of 13, she started smoking weed and crystal meth. “I became a menace in the community. Breaking into people’s homes, stealing their phones, money, clothes and anything I could sell. I could never be broke when I was with my boys. Kufuneka ndibavusele [I needed to make it happen for them].”

But the one time Msindo says she didn’t steal from her neighbour she was arrested for taking his phone and R800. “No one believed me. My heart was broken. Everyone asked how they were meant to believe me when I was so used to taking people’s things.”

Msindo was sentenced to a diversion programme for three months. This aims to give a child offender a second chance, by preventing them from having a criminal record and addressing the root causes of their criminal behaviour.

She did this at the Walter Sisulu Child and Youth Care Centre in Johannesburg.

“I learned a lot in that short period of time. I met my social worker, who was the first person to really ask me what my problem was, and who listened. I got counselling and check-ups at the clinic in Protea Glen. I grew from this and, by the time I left the centre, I was the Anathi I truly wanted to be.”

The 19-year-old returned to school and is hoping to one day become a motivational speaker and a lawyer specialising in cases involving children.