This past weekend the annual DStv Delicious International Food and Music Festival took place at the Kyalami Grand Prix Circuit, at the top of spring, as it always does. After six years you’d think “South Africa’s premier lifestyle event” would have ironed out all its kinks. But it hasn’t.

By now we’ve got it figured out: two-day structure, local acts performing, international acts headlining (soul, R&B and house genres), artisanal food and, of course, booze. We know the vibes. It’s definitely an event that is designed for South Africa’s “middle class” — the price for tickets and everything you buy inside tells you that.

As someone who has been a patron for several years, I’d say that the delicate question of “Do I want to go?” plays in your head right up until you have to pay for your ticket — unless you’re completely sold on the international act. Don’t get me wrong, the local acts are a selling point, but when you’re contemplating paying a base fare of no less than R500, it’s easy to fall by the “Ag, I can see DJ Zinhle any weekend of the year” wayside.

What works is the package. You get to see some international acts, together with some local favourites, and enjoy some craft food. The timing of the event is also a sweet spot — it arrives just after the winter season, right when South Africans’ debaucherous tendencies are ready to flare up. This year Queen Modjadji let everyone live by saving us from the soaking we’ve been subjected to in the past few years and so all the intangibles were aligned. It’s hard to mess up the good food, good weather combination. But it can happen.

To me the event is not an outright “yes”. All variables have to be considered. So it really comes down to which international act you want to see and how your budget is looking after intense evaluation. “Am I gonna have fomo if I miss Corinne Bailey Rae?” and “Can I afford to spend at least R1 000 for this whole shandis?” 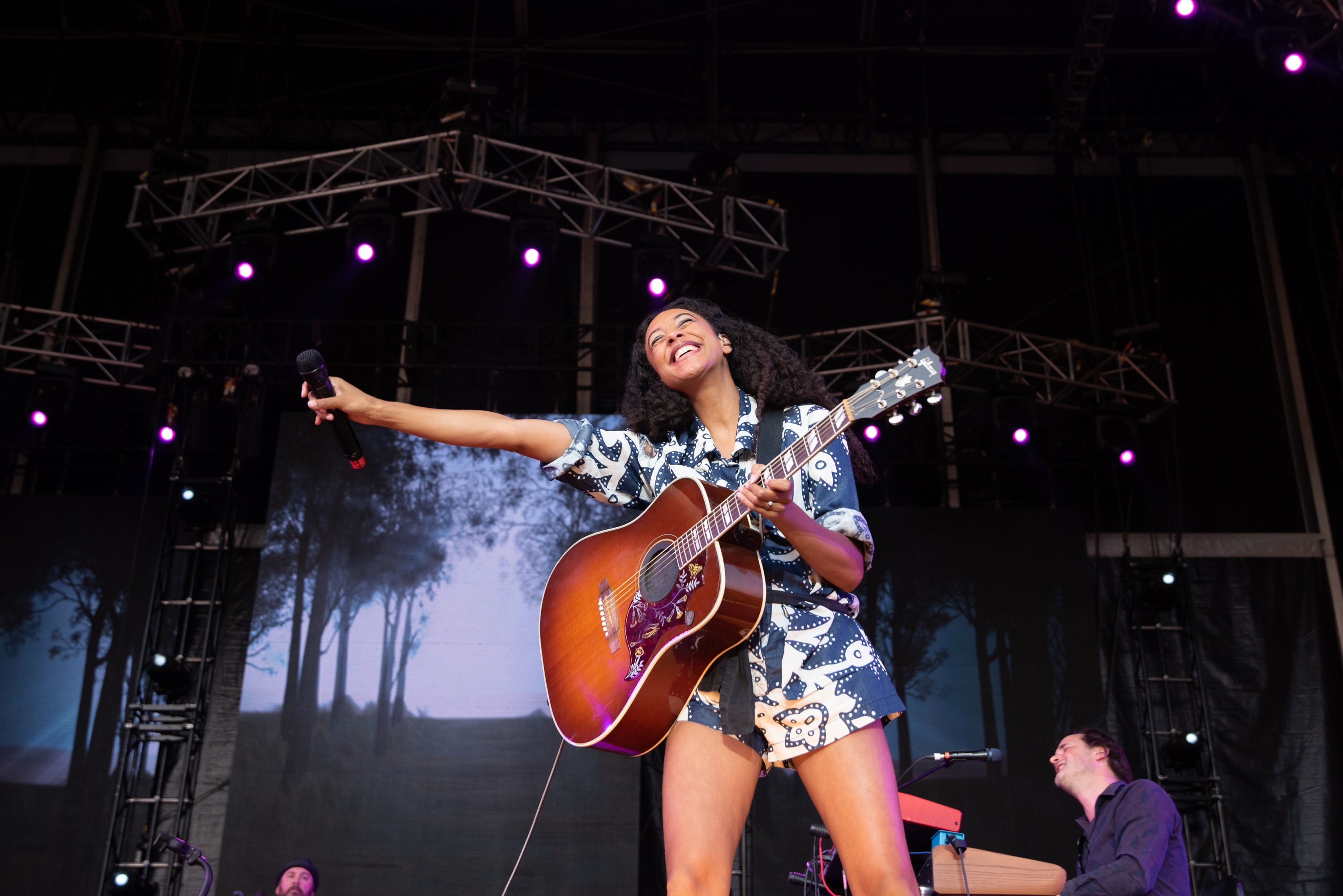 There’s always at least one international act that makes you seriously consider taking the plunge. I definitely had fomo when I missed out on Erykah Badu last year. But there are also elements that are always part of the Delicious experience that I did not miss when I reappeared for the event this year.

The logistical details tend to turn the event into a little bit of a headache. I’ll explain.

The expense of the entire experience cannot be overstated. You spend money before you get in and you are going to spend more while you’re inside — a lot of it. This year, it cost R650 for one general access ticket and R1 200 for both days. Parking cost R100. Inside the event, I saw no food costing less than R50 and beverage prices were on par with northern Jozi’s club prices.

The walking of it all. If the walking from your parking spot is not enough, you will spend a lot of time walking to and from the stage to get food and drinks, as well as making trips to the bathroom.

You will also stand a lot. In queues. Queues for food, queues for drinks, queues for the bathroom. Apparently there just hasn’t been enough data over the past six years to ensure that there are enough cups, jugs, drinks and food for people to order and consume at ease. (Sidebar: I haven’t figured out if the bars need to be better stocked or if South Africans just drink too damn much.)

The new thing for festivals is the cashless Howler method of payment. Patrons load money on to a card and service providers tap the card to transact. Supposedly this is to make queues move more swiftly. But there was nothing swift about any food or drink queues that weren’t for samoosas or non-alcoholic beverages. Also, if this payment system is meant for safety purposes, there’s nothing stopping anybody from jacking someone else’s card and using it because there’s no way to put a personal code or information on the card. It’s understandable that the system is more convenient for the organisers but it’s not a sure-fire convenience for patrons.

Stage times have to be better managed: it’s incredibly disappointing when a headline act on the final night such as Raphael Saadiq starts late but gets cut off before his hour-long set is complete. (And while we’re on it, is an hour-long set even enough to satisfy someone who’s paying R650 to see an international act?) 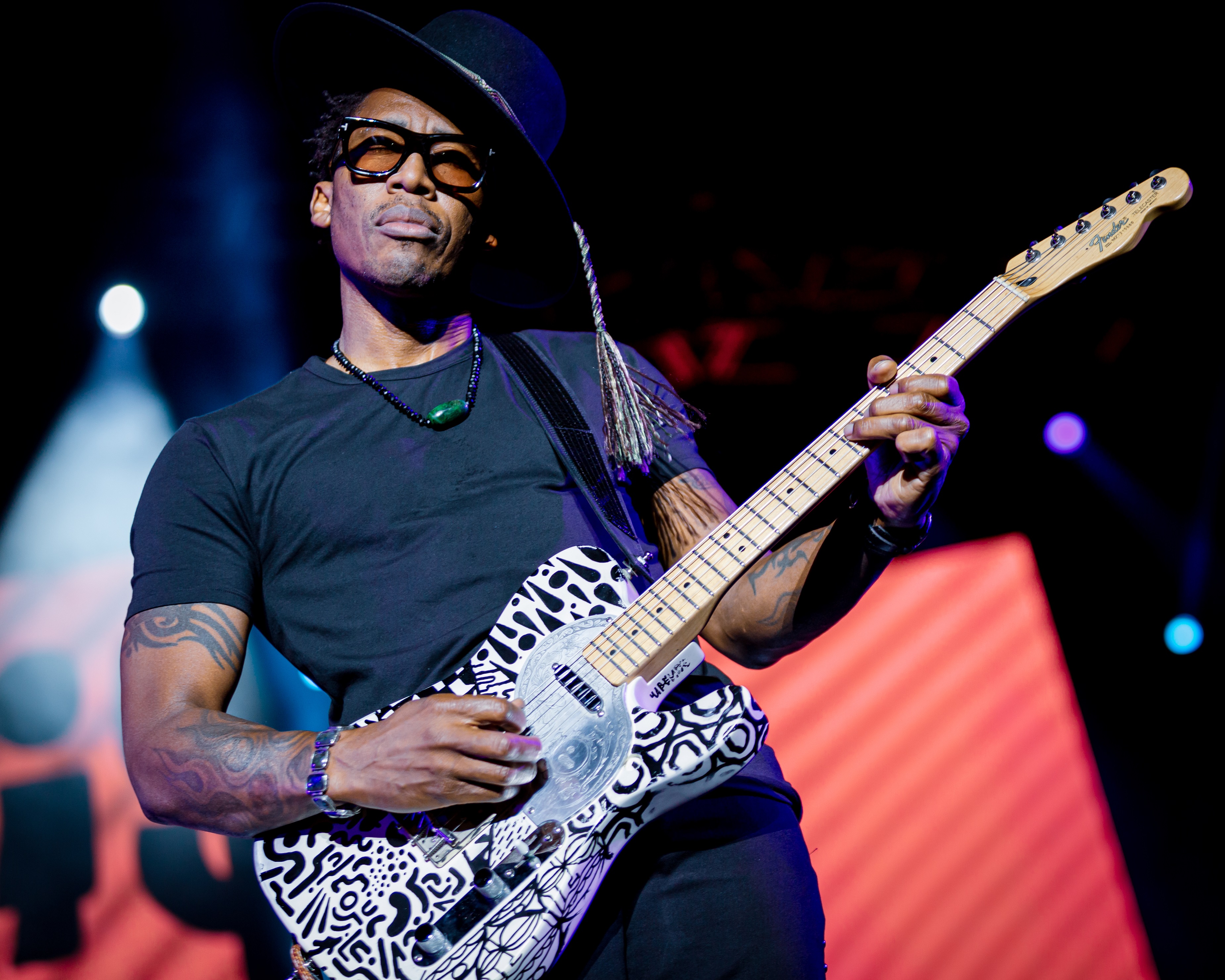 But there are obviously some positives too.

Delicious It’s a great event to go to with friends and family and it’s one of the few events that has generational reach. There’s a children’s supervised play area, there are acts that appeal to the youth, and yet anyone over the “young” demographic doesn’t feel uncomfortable or out of place. And in a country that caters far more to its youth demographic, that’s not always the case.

As much as there are clear favourites every year, there are always new local products and brands to see, which provides a semblance of freshness.

The Gautrain bus shuttles between the event and Midrand station were a huge, huge plus for those commuting to the forgotten land between Johannesburg and Pretoria.

Overall, Delicious has crafted a nice niche market for itself that I don’t doubt we’ll continue to see well beyond two decades. But as it stands, the festival is still falling short of living up to its self-styled “world-class event” title. It’s good, wholesome fun and a great way to ring in the warm season in Johannesburg every year. But the nuts and bolts of the event still have to be fine-tuned — seven years in — to give the event that bang-for-your-buck quality and to make it 100% worthwhile.