No crèche or preschool for 1.1m children

It is mid-morning on a hot Monday. Driving in Soweto, most streets are quiet — most children are at school and adults at work. The streets of Elias Motsoaledi informal settlement near Diepkloof are also relatively quiet. But it is hard to not miss the group of young children playing in the muddy streets or in the narrow passages between the shacks.

A group of six children — all under six years old — play in front of Lindiswa Mbele’s yard. Two of them are her sons: Simamkele (2) and Avela (4). None of the children are attending crèche.

Mbele was 18 when she fell pregnant. She dropped out of school in grade 11 to look after her son. Two years later, she fell pregnant with her second born. When Simamkele was two months old, her then boyfriend — the father of both her sons — disappeared. She hasn’t seen him since.

Her children are just two of the 1.1-million who cannot get to school because, despite the child grant, they cannot afford to.

Inside her tiny shack, Mbele sits on top of the bed, which takes up most of the space inside. At the end of the bed is a big, galvanised trunk that she uses to store clothes. There is also a small cupboard, a sofa and a small coal stove just next to the door. The shack is home to Mbele and her children. When her mother and siblings moved to an RDP house last year, she remained behind with her children.

“Sometimes as a person you have to go through life on your own so that you can discover what you want in life. If you’re going to depend on your parents forever you will not learn anything about life,” she says about her reason for not moving out with her family.

Since dropping out of school, Mbele has never worked. She and her children survive on the child support grant. For her two children, this amounts to R840. 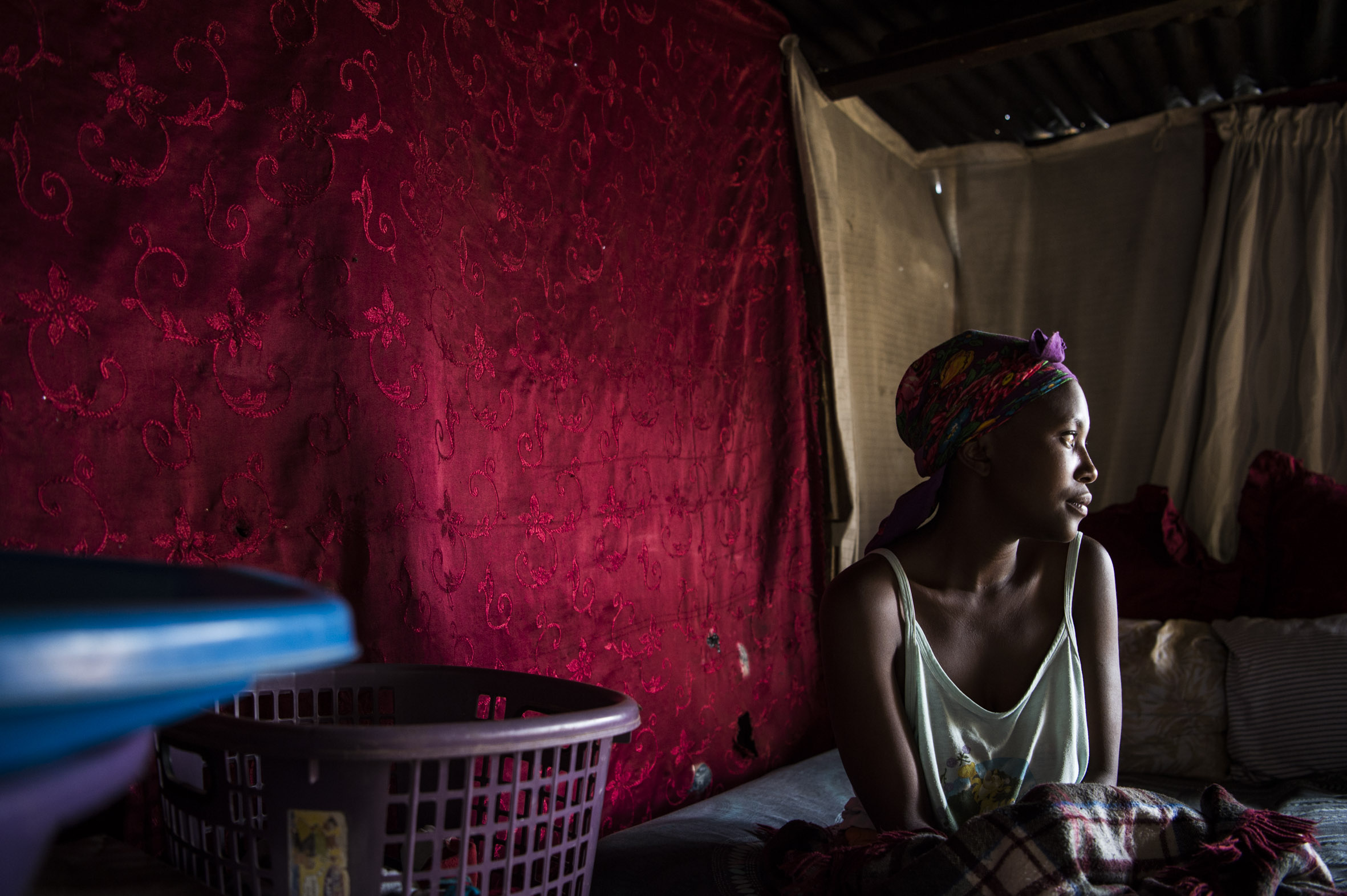 Mbele tells the Mail & Guardian that of the R840, she spends about R400 on groceries and uses R200 towards funeral cover for herself, her sons and parents. She spends a variable amount on wood for the coal stove, or to buy paraffin for the paraffin stove (there is no electricity in the area). The rest she uses to lay-bye clothes for herself and her boys.

“We are not living the best life but we are surviving,” she says.

One of the issues that troubles Mbele is that she cannot take her children to crèche. She says they do not attend crèche because the crèches in the area are expensive — fees start at R300 a month.

“So if I had to take my children to crèche in this R840 that I get, we would not survive,” she says. As well as school fees, she would also have to buy them a lunch snack to take to crèche. There are also trips that they would have to go on. She says: “I would feel guilty when other children go on a trip and my kids are unable to go because I cannot afford to pay for them.”

“Kubuhlungu [it is painful] to see my children not going to crèche. But andinamali [I’ve got no money] there is nothing I can do for now.”

She says that next year, when Avela turns five, she is going to enrol him at a preschool at a primary school in Diepkloof. Mbele says she is prepared to make the 28km round trip to drop and pick up her son. The fee there will be at least R100 a month.

Mbele’s story is not a unique one in South Africa.

The South African Early Childhood Review — released by Ilifa Labantwana last month — found that nearly 1.1-million children from age three to five do not have access to any form of early learning programme.

The review noted that these children are already at a disadvantage when they begin formal schooling. Ilifa Labantwana is a nonprofit organisation that aims to expand access to quality early childhood development.

According to the report, because of poverty, these children are excluded from any early childhood development services — such as attending centres or crèches. This is because they come from households that are less likely to afford school fees.

The report says 65% of young children live in households that have per capita incomes below the upper poverty line, which Statistics South Africa has set at R1 138 a month. This is money needed to provide for minimum nutrition needs and other basic needs, such as clothes.

“Over two million children live in households where no members are working, either in the formal sector or in informal employment. These households would be entirely dependent on social grants and remittances from family members living elsewhere,” the report states.

The report also says that 70% of children aged birth to two years are not attending any early learning programmes. This sets them back, especially when they have to compete at schools against wealthier peers, who got education early. “Early childhood experiences are particularly important in shaping the development of the brain,” the report says

Of these 70%, half will drop out before finishing secondary school, according to the Ilifa Labantwana report. “The numbers are staggering when aggregated over a generation. These children are chronically underpowered to fully participate in the economy and society from the very start.”

The government has said it is trying to address this problem by introducing grade R — the year before children go to school. The move has been widely welcomed. But it will do little for parents who cannot afford the basics required for their children to get to school and stay there.

Project to give away 100 000 books to encourage childhood literacy