Vumacam’s eye in the sky solution

Johannesburg residents may well wonder what the function is of the futuristic, circular grey domes that now adorn many street poles. Although many of the domes do not yet have cameras on them, they are being added on a daily basis. Those areas with cameras mean that these neighbourhoods are now under surveillance but, according to Vumacam’s chief executive Ricky Croock, it’s all for our own good: the cameras are there to tackle escalating crime rates.

Vumacam is rolling out a city-wide smart camera network, to allow reliable and quality video streaming for security purposes. Johannesburg will soon have over 15 000 Vumacam cameras (known as Vumacams) that will scan for suspicious behaviour and vehicle licence plates of cars that move in their vicinity. This will bring it in line with intelligent cities across the globe, such as London and Sydney. The footage, relayed via an optic fibre network, is of excellent quality, and can be used for other smart city purposes, such as reducing traffic congestion.

Each Vumacam has a unique internet protocol address, and vetted monitoring or security companies can access the feed in their particular area to help provide alerts for their reaction vehicles. They can review the footage, but it is important to note that they cannot download it. 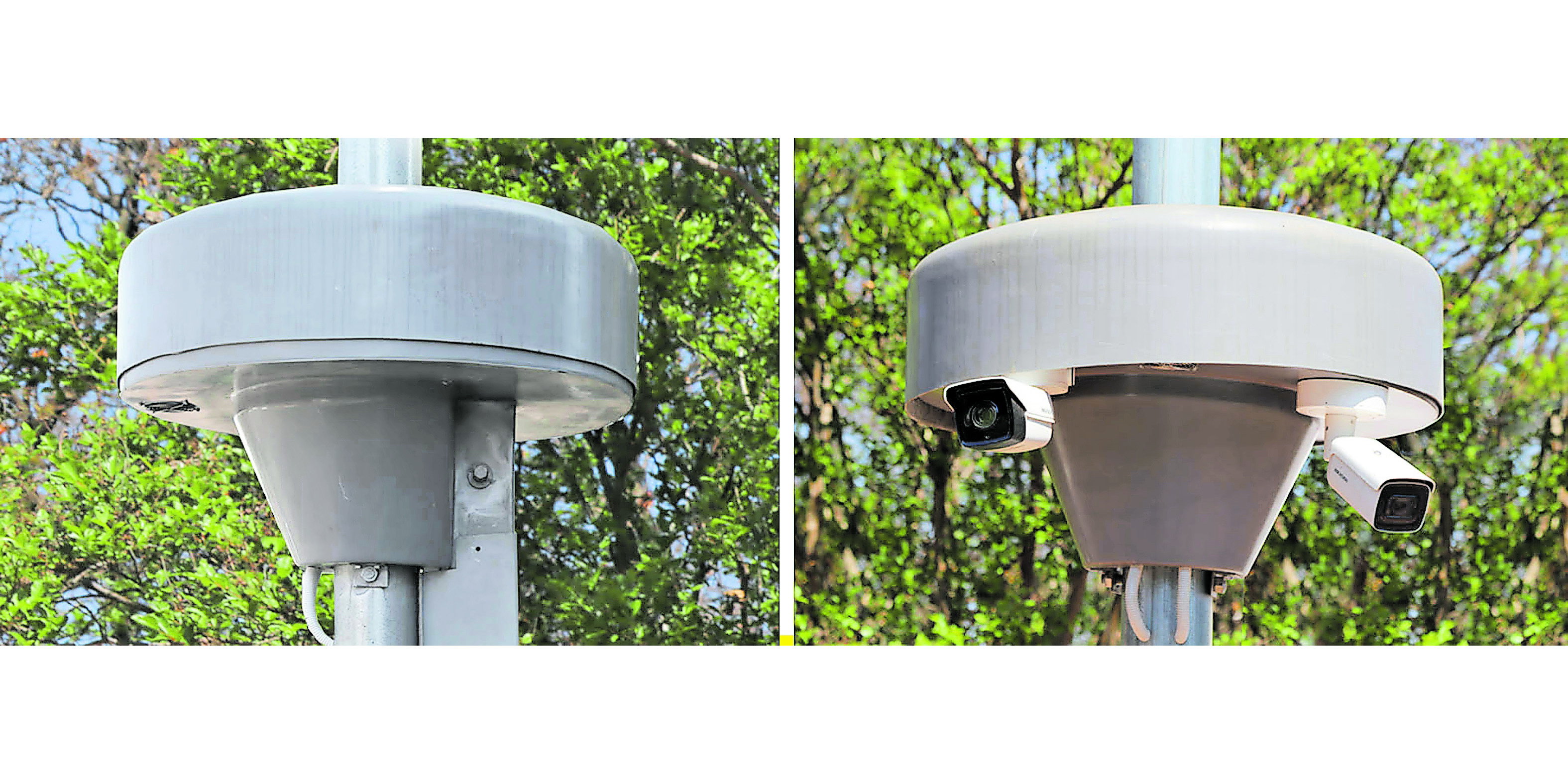 Automated systems then process the footage picked up by the cameras to analyse security incidents. If their algorithms pick up something strange, such as a licence plate linked to crimes, the security companies that rent the data will receive an alert in their control room and can react in real time. The systems work fast: an impressive 480 car registrations per minute can be scanned using LPR (licence plate recognition) and matched to the police database for stolen vehicles.

“Vumacam’s vision is ambitious: to make South Africa a safer place by providing a CCTV platform that transforms how security and communities work together,” reads a company statement. “We’ve created a solution that not only contributes to the efficiencies and effectiveness, we also envision it will, over time, contribute to the success of South Africa socioeconomically.”

Unlike previous surveillance systems that were limited to certain areas, the Vumacams aim to cover the entire city. The benefit of a wide area infrastructure, says Croock, “is the network effect of centralised data to track broad patterns, such as robberies in different neighbourhoods”.

In isolation, the existing surveillance solutions are still at a basic level. Vumacam is however offering a fully connected network guaranteeing a minimum 96% uptime — and that is the key — no one else is creating a network effect. As Croock says: “We cannot survive in isolation: we are part of an ecosystem, and our platform is important to bring collaboration across area divisions, between disparate security companies and law enforcement.”

CCTV is especially useful when it comes to reducing response times, increasing criminal interceptions, mitigating false alarms and helping investigations secure more convictions. “The solution is working; we have seen incredible results of interceptions from our clients, who always bring in the SAPS to arrest or take in suspects,” says Croock.

Privacy regulations — who gets to see the footage the cameras obtain — is an issue that has raised much concern. This was actually one of the core reasons why Vumacam was born: to create a single, regulated network of cameras that are compliant. Thousands of cameras exist in Gauteng, none are regulated, many don’t have tier 3 data storage solutions (as storage is very expensive) and no one knows who is watching the footage.

Vumacam’s website stresses that it adheres rigidly to the regulations set out in the Protection of Personal Information Act (Popia), and only allows strictly vetted security companies access to the data the cameras receive. Law enforcement will also have access to the feed on submission of a case number or upon a court order.

Integration requires collaboration, says Croock. The fibre infrastructure and surveillance camera rollouts have so far been determined by the right of way (wayleaves) permissions the company has been able to obtain from municipalities, as well as by public acceptance of neighbourhood surveillance. The poles that carry cameras also have signs informing residents who is monitoring that camera and where they can address their queries, or report the location of a particular camera that may be able to help investigators when opening a case at the SAPS.

The rich data from reliable and good resolution video footage has many applications beyond security. In the mobility sector, for example, the footage can be used for traffic congestion monitoring, to reduce emergency response times in accidents, or for proactive infrastructure monitoring by identifying potential issues before they become problems. Schools, hospitals, public facilities and parks can also use the data to their advantage.

Business and state-owned assets can now be better protected. Cellphone towers can be protected from battery theft, while copper cable theft, damage to property and illegal dumping can be better monitored, all of which allows for smoother running cities. Commuters, especially women and children walking to school, will be able to do so with greater peace of mind.

While the Vumacam network started by rolling out across the northern suburbs of Johannesburg, the company “follows the fibre” and has committed to rolling out cameras in all underserved areas, including Alexandra, and will follow into Soweto once fibre rolls out into that area, which is already in the planning phase. Once the fibre is installed, Vumacam will go in and add them to the larger smart camera network.

With recent school-related violence and the rise in kidnappings, the team at Vumacam felt it was important to seek solutions. The Kids Custodian Initiative (KCI), a Vumacam initiative, wants to roll out security solutions to schools across Joburg. Right now it is at proof-of-concept stage that will focus on innovation as a proactive solution to solving safety outside of and within school grounds. KCI could roll out quickly by partnering with Vumatel, which already provides fibre to 255 schools in Gauteng.

The camera network technology will better analyse and co-ordinate emergency procedures, bomb threat and fire evacuation plans with synchronised communication to teachers and parents alike. The camera network’s integral AI will be developed to highlight any strange or stranger activity or raise alerts about suspicious vehicles around school perimeters. Throughout the development the KCI team will work with both educators and parents to bring a solution that has the best chance of working to protect children.

One security company, one area, one month: 33 LPR-linked arrests.

The numbers speak for themselves. In one suburb where a security company is monitoring only 150 Vumacams, in just one month they received 20 LPR alerts which resulted in 33 arrests, 12 stolen vehicles being recovered and the drivers of nine vehicles linked to various crimes being apprehended. Overall there has been a drop in crimes of 29% since using the Vumacam LPR solution. Once the full network is up, these figures will be exponential.

​A first step towards the future