When he released the roadmap for Eskom’s reform last week, Public Enterprises Minister Pravin Gordhan said Eskom has R20-billion available to develop cost-plus mines tied to specific power stations. These mines, last developed in 2007, were formerly part of Eskom’s DNA, and used to keep both coal prices and transport costs low. A free-for-all has since developed, with prices spiking and corruption flourishing.

“South Africa’s competitive advantage in attracting industry for decades has been access to cheap coal for power generation. However, this advantage is being lost because of the rising electricity costs driven by coal costs and the Eskom build programme,” the document said.

“At points during the past decade, coal costs have at most times grown at double inflation. This is primarily due to poor and corrupt business decisions of not investing in cost-plus mines and not procuring coal on a long-term basis.

“Eskom now has a coal procurement strategy to reinvest in cost-plus mines to reduce the rate of growth of coal costs, as well as the extraction of efficiency on existing contracts.”

Eskom is yet to say which tied mines it intends funding, but it most likely is the undeveloped New Largo mine, owned by Seriti Resources. It is adjacent to the floundering Kusile power station in Mpumalanga. Eskom intends negotiating a contract with Seriti Resources next year for what reportedly will be a giant mine that will cost R20-billion to develop.

Although it previously made sense for Eskom to fund the development of coal mines tied to power stations, energy experts say this does not mean that this is still the case.

Jesse Burton of the University of Cape Town/E3G said in the past Eskom had a low cost of capital and could fund itself. It now has a high cost of capital and relies on bailouts from the taxpayer. It also needs to put available funds into honouring existing contracts rather than investing in new facilities. “Clearly Eskom doesn’t have the capital,” said Burton.

She said funding cost-plus mines such as New Largo would amount to a subsidy from the taxpayer to private investors. Burton said the coal market is changing so rapidly that it is for investors to assess and take the risks of these investments, not the state or state-owned enterprises such as Eskom.

Investor sentiment towards coal and other fossil investments, is changing rapidly, including in South Africa. Six major institutional Sasol shareholders, including Old Mutual, Sanlam and Coronation, this week requested that the issue of linking executive pay to emissions reduction be tabled for discussion at the company’s annual general meeting. The board of the petrochemical giant responded rather high-handedly, as if it is not answerable to shareholders, by refusing the request.

Companies such as Anglo American and South32, which unbundled from BHP Billiton, have been divesting their South African thermal coal assets. Analysts are querying how the new owners will be able to finance their operations, because major local banks have said they will not fund new coal and coal-mining houses are signalling that access to finance is the biggest challenge they face.

It appears now though that, in the case of Seriti Resources, it will not need bank finance as Eskom will fund the mine. Seriti bought Anglo American’s interest in New Largo after the latter was unable to secure a contract with Eskom over an eight-year period because it could not meet Eskom’s empowerment criteria.

Seriti said this week that it anticipated supplying 12-million tonnes of coal a year to Kusile power station for 50 years from commissioning. Seriti spokesperson Charmane Russell says it is premature to talk about the value of the project before a feasibility study is completed. Such a study is currently under way.

“While there remains a broad continuing consensus that the cost-plus model is the least expensive option for Eskom, it does assume that Eskom will contribute meaningful establishment capital to the development of the project. That said, there are a number of funding opportunities available to Seriti — there is no question of only being reliant on capital funding from Eskom.” She said although most of New Largo’s coal reserves are suitable for the Eskom market, a portion is of export quality.

Should the Eskom funding of New Largo go ahead, this could raise questions about the fact that Teke and Seriti are beneficiaries of political support for coal at a time when the climate emergency requires we not make any new investments in coal. When we asked Russell about this potential conflict, she said, “The business of Seriti, which is run by an independent board, has no connection with Mr Teke’s donation.”

Teke responded separately: “The business people and others who contributed to President Ramaphosa’s ANC election campaign, did so out of deep personal concern for the direction South Africa would continue taking if he did not win that election.

“None expect to receive any narrow corporate advantage for their contributions, and it is highly mischievous to suggest otherwise.”

Teke was also a director and controlling shareholder in the Liviero Group, through the Masimong Group. Liviero went into business rescue in July 2018 following the late payment and nonpayment of money owed to it by the government.

Liviero, as reported by the M&G last month, was developing a 366-unit apartment block for Eskom at Wilge, near Kusile. The block, which is almost complete, stands empty and abandoned after Liviero failed, meaning that Eskom has had to pay R1-billion to accommodate its workers in the area.

Seriti says Masimong invested in Liviero in 2015 and exited in 2018. The flats at Kusile were developed in 2012 and Masimong had nothing to do with that. Teke, previously the president of the Minerals Council (formerly the Chamber of Mines) resigned as a Liviero director in January this year.

Seriti has bought coal mines from both Anglo American and South32, the latter being concluded this week. It could, together with Exxaro, become one of just two major suppliers of coal to Eskom. The pair are set to provide more than 70% of the power utility’s coal, raising concerns about the potential risk should either or both fail. 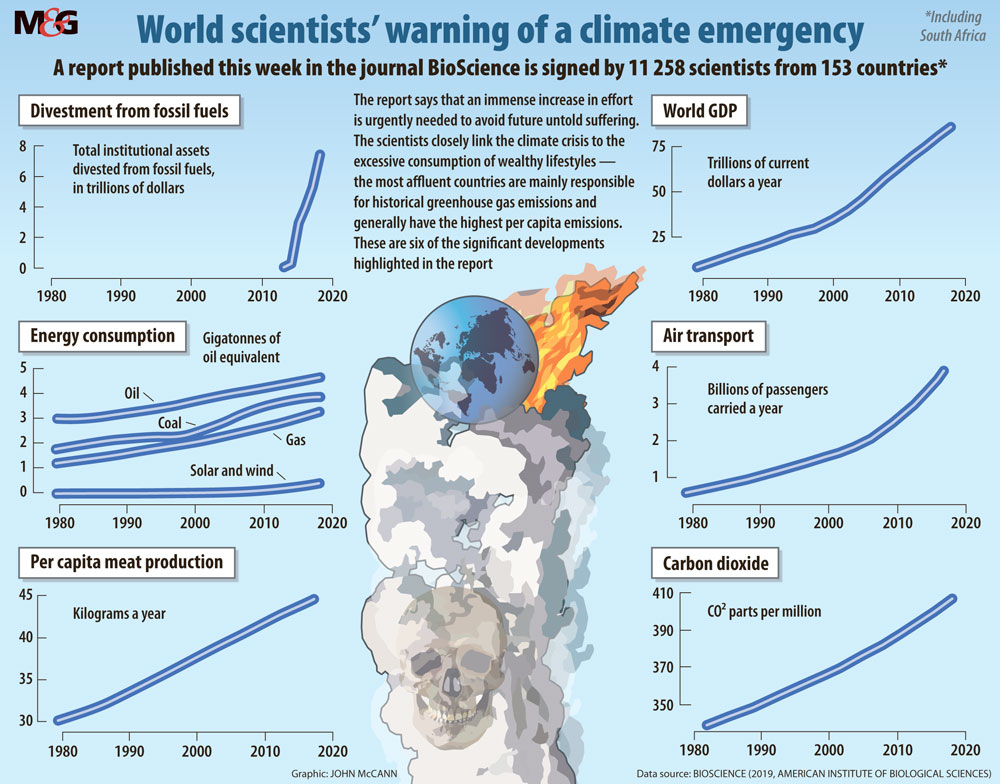 Clyde Mallinson of the South African Renewable Energy Council (Sarec) says the design of Kusile renders it necessary to develop the proximal mine for coal supply by conveyor. “It appears that it will cost about R20-billion to develop the New Largo mine, which will be able to supply the needs of a fully operational Kusile for 30 to 40 years, [meaning] it will be producing carbon and other emissions beyond 2050, flying in the face of climate change reality, let alone the accompanying well-established health and environmental costs.”

Mallinson says renewables will be substantially cheaper — at least 40% — than continuing to develop Kusile and New Largo.

“The final completion cost of Kusile is still something of a guess, but a figure of R250-billion will not be far off the mark,” he says. “Add to this about R600-billion in 2019 rand terms of operations, maintenance and fuel costs over a 40-year life span, and there is little change from R1-trillion after allowing for decommissioning and rehabilitation.

“Sarec figures show that [a] wind, solar and storage fleet with the same annual output capacity, as well as equivalent or better security of supply ensured by the storage component, would cost about R200-billion, and another R200-billion to replace in 20 years’ time.

“The operations, maintenance and fuel costs would be about R120-billion over 40 years, coming in at a total of R520-billion, or about 60% of the cost of coal, without factoring in the very real cost reductions expected in renewable technologies over the next 20 years.” This excludes large savings in water use and massive reductions in emissions.

Eskom did not respond to emailed questions on its plans to fund cost-plus mines.