Human development is under threat

We are nearing the end of a turbulent decade marked by large-scale waves of popular protest. This also leaves its imprint on the 2019 Human Development Report, which was published by the United Nations Development Programme (UNDP) earlier this week.

“The wave of demonstrations sweeping across countries is a clear sign, that for all our progress, something in our globalised society is not working,” writes the UNDP’s Achim Steiner in his foreword to the report.

According to Steiner, the connecting thread that runs between the eruptions taking place in countries and cities across the North-South axis of the world is woven of “deep and rising frustrations with inequalities”. He is right— and it is this scenario that provides the report with its rationale, namely to propose an innovative diagnosis of and remedy for 21st-century inequality. This is a laudable ambition, but one that the UNDP’s report ultimately fails to deliver on. It is important that we understand the hows and whys of this failure.

At the core of there port is the claim that, to truly understand inequality in the 21st century, it is necessary to move beyond a single-minded focus on income. Inequality, the UNDP proposes, must be understood in terms of how it affects health, education, dignity and respect for human rights — and these cannot be reduced exclusively to economic metrics.

“A human development approach to inequality takes a people-centred view,” the report states. “It is about people’s capabilities to exercise their freedoms to be and do what they aspire to in life.”

Adopting this people-centred view, the UNDP calls our attention to a new pattern that defines inequality in our time.

On the one hand, there is convergence in basic capabilities, which means that more people, especially in low-income countries, are able to ensure early childhood survival and access to primary education. On the other hand, there is divergence in enhanced capabilities, which means that rich countries are moving ahead in terms of more advanced indicators, such as access to high-quality health and education across all levels.

In other words, there has been substantial progress in ensuring the basic needs for the majority of the world’s population. Accordingly, the task that remains is that of distributing enhanced capabilities more evenly and fairly by implementing appropriate policies. This fits well with the overall narrative that has been at the heart of the UN agenda since the announcement of the millennium development goals and after that the sustainable development goals — namely that while humanity faces daunting problems, progress is not only possible, it has been made and it continues to be made.

But there are good reasons to question this narrative and the way in which it reads the current global development scenario. This becomes particularly clear if we compare the UNDP’s message to that regularly touted by the World Bank. Only 10% of the world’s population lives in extreme poverty, the bank tells us — and this is the lowest poverty rate ever recorded in human history. But when we consider that extreme poverty is estimated in terms of living on less than $1.90 (about R28) a day, the message immediately loses much of its hopeful sheen.

If we probe even deeper, we find what the economist Andy Sumner calls a new geography of poverty, in which there are fewer low-income countries, but still many poor people, and the majority of these people — 70% when estimated at a poverty line set at $2.50 a day — live in middle-income countries such as India, Brazil, and South Africa. 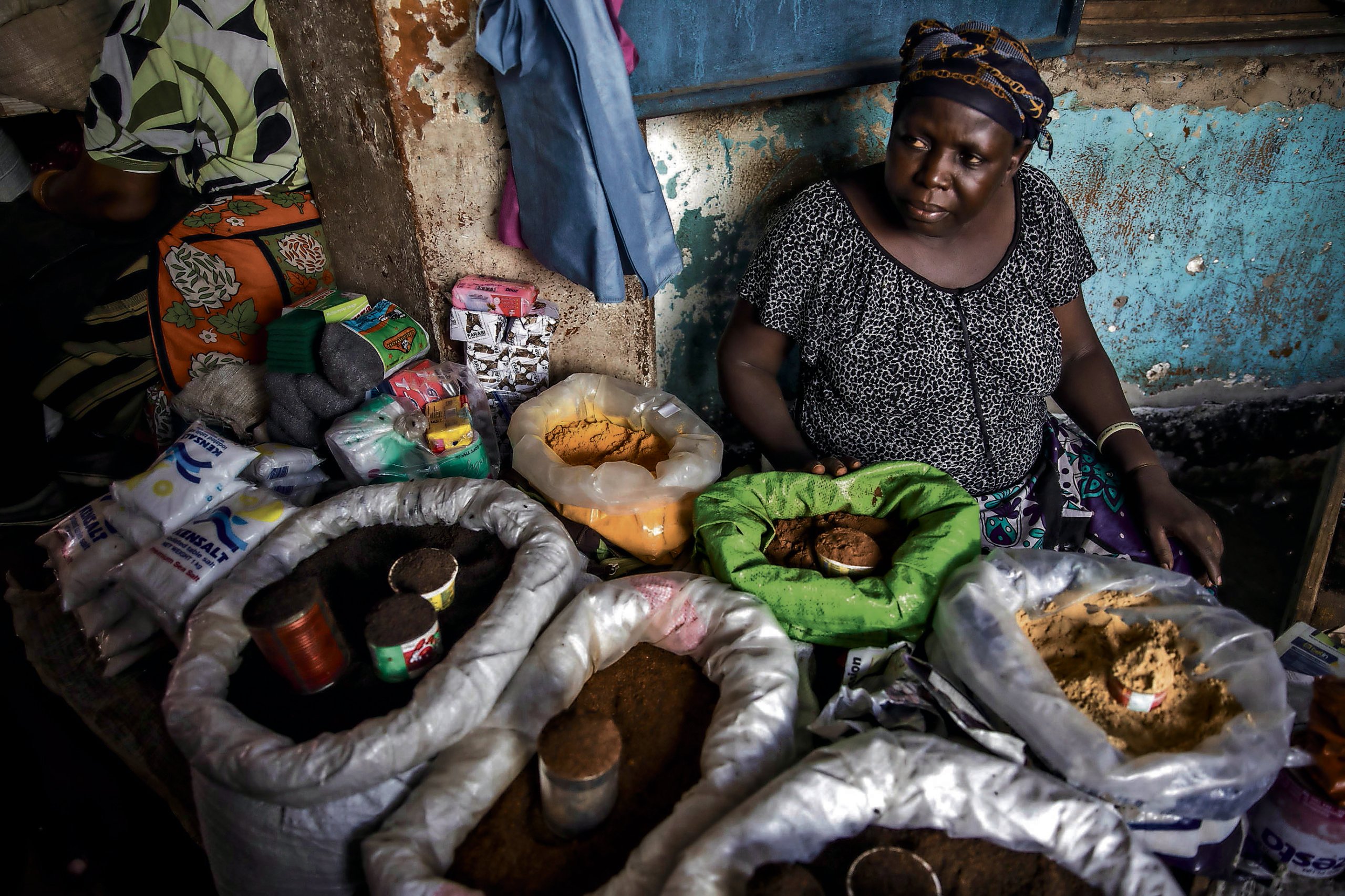 Unequal, unfair: a market trader selling tea and spices in Mombasa, Kenya, could not afford such treatment and the country’s health system could not deliver a high level of healthcare. (Luis Tato/Bloomberg/Getty Images)

This new geography of poverty is not a temporary condition that will soon be overcome or an incidental glitch that can be easily rectified. On the contrary, it is one of the central pillars of the neoliberal economic order that has been constructed by powerful social forces since the late 1970s, in which global value chains enable transnational corporations to boost their profits by tapping into vast reserves of cheap labour from Asia, Latin America and Africa. Consequently, there is every reason to believe that this scenario is the best that global capitalism has to offer the majority of humanity, and that the persistence of poverty alongside growth reveals the systemic limits to human development that prevail under this economic order.

A similar argument can be made in terms of the scenario that is at the heart of the Human Development Report. The discrepancy between improvements in basic capabilities and deepening inequalities in enhanced capabilities is less an indicator of gradual but incomplete progress than it is a symptom of the same systemic limits that are evident in the intertwined coexistence of poverty and growth.

As the UNDP states in its report, securing improved enhanced capabilities for all requires, among other things, universal systems that provide equal access to comprehensive social services and specific policies to eliminate group-based discrimination. But it is difficult to understand how this can be achieved within the parameters of a neoliberal economic order.

After all, at the same time as this order has enabled transnational capital to batten itself on cheap labour in the global South, it has also privatised public services and restricted social provisioning by the state. Although this has thrown up new markets in which profits can be made, it has also made purchasing power, rather than social citizenship, the defining prerequisite for access to the kind of health care and education the UNDP regards as necessary for human development.

In contrast to social citizenship, purchasing power is neither universal nor unconditional. What’s more, it is undermined as a result of the increasing inequalities of income and wealth that have accompanied the consolidation of neoliberalism.

And here we arrive at the main shortcoming of the Human Development Report and the UN development agenda more generally, which is that it consistently fails to admit the systemic nature of the problems that it calls our attention to. In this year’s report, this is evident in Achim Steiner’s opening claim that “something in our globalised society is not working”. In making this statement, Steiner is effectively papering over the fact that our globalised society is working very well for some privileged elites — for example, the 1% of the world’s population that, according to Credit Suisse, holds 47% of global wealth — and that it has been deliberately constructed by specific social forces to do precisely this.

As the philosopher Juan Telleria has argued, this is a result of how the UNDP imagines societies as essentially peaceful and harmonious wholes, populated by people who share common interests, rather than as conflictual entities held together by asymmetrical power relations that allow some interests to systematically trump others. Accordingly, the difficulties that we confront — whether it is poverty, hunger or disease — tend to be portrayed as abstract ills, rather than as the consequences of systemic contradictions.

And, finally, the solutions that are offered are presented as choices to be made at the intersection of shared moral concerns and neutral expertise and that will benefit everyone, rather than as struggles that have to be waged and won against vested interests.

True to this template, the Human Development Report, while paying lip service to the importance of social movements and cautioning against the concentration of power and state capture, concludes by asserting that we can make the choice to bring about human development in a sustainable way — and that this choice will have to be made according to pragmatic views of what will work best in specific national contexts.

The fact of the matter is rather different — it is that achieving human development is dependent on breaking with global capitalism, and doing so against the determined opposition of those that profit from this system. If we fail to acknowledge this in our debates about human development, we betray those who most acutely suffer the systemic pathologies of persistent poverty and deepening inequality.