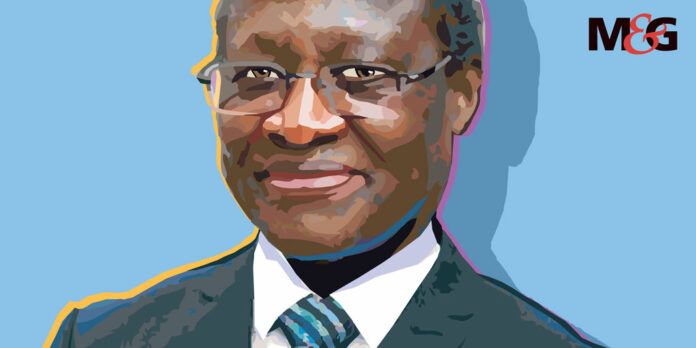 Thandika Mkandawire, who died in Stockholm, Sweden, on March 27 after a battle with cancer, was a renowned development economist, an institution builder and a pan-Africanist. He leaves us having contributed to the development of a formidable community of African social scientists over the half a century that coincides with his professional career.

Those like me who had interacted with him ever since his days at the Council for the Development of Social Science Research in Africa (Codesria), are grateful for having associated with this great man, my elder brother.

Born in Gwanda, Zimbabwe, of a Zimbabwean mother and a Malawian father, Mkandawire went to Malawi when he was 13. He participated in the struggle for independence in Malawi, working as a journalist and publicist until he was exiled by Kamuzu Banda in 1965, ending up as a political refugee in Sweden.

Codesria, which Mkandawire helped to found in 1978, described him as “a brilliant economist and prodigious scholar whose works on African political economy challenged dominant ways of seeing the African continent”.

His leadership enabled Codesria to become the crucible and platform for radical African scholarship.

He also helped establish the new Zimbabwe Institute of Development Studies from 1982 to 1985. He headed the United Nations Research Institute for Social Development from 1996 to 2006 and thereafter took the new position of Chair in African Development at the London School of Economics. He was a senior research fellow at the Centre for Development Research in Copenhagen, taught at the universities of Stockholm, Zimbabwe and Cape Town, held the Olof Palme Professor for Peace with the Institute for Future Studies in Stockholm and was at the Thabo Mbeki Leadership Institute in Johannesburg.

In 2016, Codesria organised a conference in Lilongwe Malawi, on the theme Thinking African Epistemological Issues: Celebrating the Life and Work of Thandika Mkandawire.

The Lilongwe meeting helped me understand that he was a pan-African par excellence, not confined within the boundaries of a nation-state. It also reminded me of one of the most emotional episodes in my life — the launch in Malawi, in 1994, of Malawi at the Crossroads: The Post-colonial Political Economy, written by Malawians (most of them in exile at the time). This was Mkandawire’s return to Malawi after 32 years in exile. The event was an opportunity to understand the self-less, humble but imposing personality that Mkandawire was. Through him, I grew to understand the tragedy of post-independent Malawi, one often forgotten for its violence and intolerance under Kamuzu Banda, but a near normal for the scourge that has been Africa generally under the post-colonial state.

No one will ever forget Mkandawire’s strong sense of commitment to his work and those he worked with. In Zimbabwe, we will remember not only his sterling work at the Zimbabwe Institute of Development Studies, an institute I had helped establish in 1981, on the back of the (short-lived) euphoria that accompanied independence in 1980, and in the hope that the ideals of the liberation struggle could be sustained and developed through the mobilisation of the best intellectuals and technocrats at Zimbabwe’s disposal. Mkandawire did his best under the most difficult of circumstances, including the vagaries associated with a state increasingly overwhelmed by its own failures.

During his tenure at the institute, and in conjunction with Codesria, he helped launch and flaunt Zimbabwe’s academia through his book, Zimbabwe: The Political Economy of Transition 1980-1986, edited by myself and including a host of young scholars who became prominent intellectuals in subsequent years. I am eternally grateful to Mkandawire for mentoring me into the world of institution building, including the establishment of the Sapes Trust in 1987.

As Mkandawire wrote in his foreword to Zimbabwe: The Political Economy of Transition 1980-1986, the national research working groups Codesria established at the time were part of the capacity building towards the “indigenisation” of scholarship in Africa, as a challenge to the “African Studies” industries of the Northern Hemisphere:

“First, there was a growing demand for African scholars to be on the forefront of the studies of their respective countries and thus break the stronghold on the analysis of African reality by researchers elsewhere. If Africa was to be developed, it was incumbent upon African scholars that a large part of our understanding of our societies should be generated from within Africa … One of the most humiliating experiences of African scholars is witnessing intellectual ‘debates’ on their countries in which nationals are only marginally engaged, if at all.”

Mkandawire was a pan-Africanist who could be at home in any part of the world. When Africa’s sagging pan-Africanist spirits are their nadir, its diaspora has stood up to remind us of the dream – from William Blyden, Marcus Garvey, George Padmore, Malcolm X, Bob Marley, WEB Dubois, and, of course, Bob Marley (Africa Unite).

“The history of pan-Africanism is characterised by seesaw-like shifts in emphasis as continental or diasporic issues have become dominant. In Africa, as elsewhere, diasporas have played an important role in the reinvention and revitalisation of the ‘homeland’ identity and sense of itself. And today, with the increased capacity to participate in the political life of their homelands, there can be no doubt that the diaspora will be even more immediate to the rethinking of a new Africa.

“While pan-Africanism started as a ‘stateless’ and nationless movement, since the 1958 conference in Accra, it has had to reconcile its more transcendental agenda with the national agenda of new states and nations. And since then the new agenda of pan-Africanism has been much messier than it earlier variants, leading some to nostalgically long for the ‘Golden Days’ when the Pan-Africanism message, task and articulation were much more coherent and straightforward and with a moral sway that was unchallenged.

The sheer size of the continent and the dispersion of peoples of African descent has meant that the pan-Africanist project has had to come to terms with a wide range of identities, interests and concerns which include gender, ethnicity, nationality, religion, race and geographical allocation, to only name some major one. However, as I have said on several occasions, I do not believe that the failure of pan-Africanism can be attributed to lack of identification with Africa by Africans chauvinistically mired in their diverse identities, as it is often stated. Nor is it because individual countries have firmly established successful national identities that somehow militate against the pan-African ideal. ‘Africa’ is probably the most emotionally evoked name of any continent. Its people sing about it, paint it, and wear it more than any continent. Its artists produce hundreds of icons of this much ‘beloved continent’. Every major African singer has at least sang one song about Africa. Even national anthems often evoke Africa much more than individual country names.

This said we need all the cultural reinforcement to the pan-African project. Black Panther has contributed in a spectacular way to the cultural underpinnings and imaginary of pan-Africanism.”

Mkandawire is survived by his partner Kaarina Klint and his two sons, Andre and Joshua, his brother’s six children and his three grandchildren. —Ibbo Mandaza, a Zimbabwean academic, politician, businessman and the director of the think-tank the Sapes Trust

A legal response to Stalingrad tactics that avoid accountability