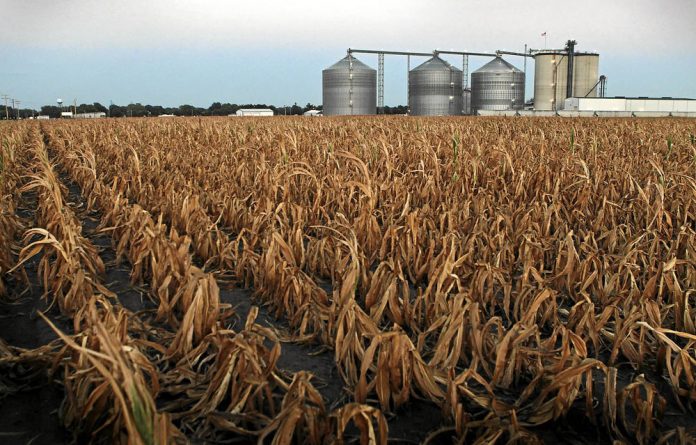 Climate change affects the global food system in such a way that those who already suffer from hunger and malnutrition are the most vulnerable to additional threats. When extreme weather-related conditions and natural disasters exponentially increase, they predominantly kill the yields of major food crops, resulting in increased food prices.

“The impacts of reduced production and price spikes are often felt disproportionately by poor consumers, who spend a larger share of their household budget on staple foods, potentially leading to them foregoing consumption or being pushed into poverty,” says the study.

The drought resulted in a massive drop in food production for the two countries, which supply each other.

In 2018, an intergovernmental panel on climate change in South Africa reported that a planet heating by 1.5°C and increasing to 2°C will experience major stresses and risks.

This could lead to the collapse of staple food sources. Climate change shocks will exacerbate inequalities, particularly food inequality.

The report focused on maize production in both countries.

“The fact that Lesotho and South Africa are in close proximity to each other, and hence subject to the same meteorological conditions and possible future changes in the climate system makes synchronous maize failures likely to happen in this region,” says the report.

“With the majority of small scale farmers in Lesotho not self-sufficient, many households are vulnerable to price hikes as they rely on the grain markets to buy maize. In particular, the poorest households, that spend up to 65% of their total expenditure on staple foods, experienced disproportionate impacts. Overall, the combined shortage and price spike caused imminent food insecurity for 400 000 people in Lesotho, approximately 20% of the total population,” the report says.

The researchers used an environmental effect analysis (EEA) to assess the role of climate change and drought. The study suggests different approaches should be employed to understand the relationship between the climate and human environmental system.

“First, we highlight that EEA should be extended from a hazard to an impact perspective to truly understand how anthropogenic climate change impacts society and identify where and how systems are vulnerable: this type of analysis is much more informative for adaptation decisions than looking at the hazard alone,” said the report.

The South African government has finally established the Presidential Commission for Climate Change, intended to tackle the climate crisis.