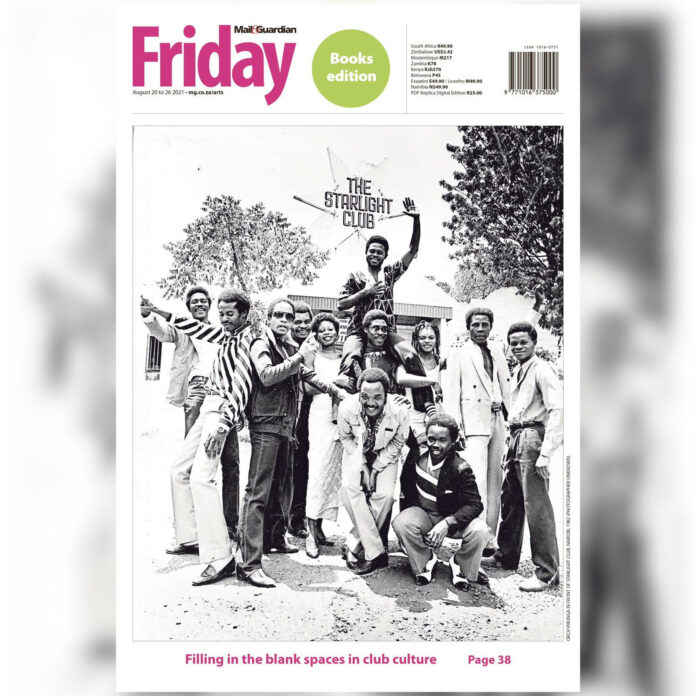 Apologies are in order. This is my second and what I hope to be a much more regular column for the Mail & Guardian. In my first I spared no time introducing myself as the twelfth editor of this most revered of publications that stood up as one of the few anti-apartheid reads that I’m most honoured now to lead.

My first column was written slap-bang in the middle of the July protests and looting that took place in KwaZulu-Natal and Gauteng, an attempt to take a sober look at what was certainly one of our most inebriated periods in post-democratic South Africa. Factional tensions within an increasingly “ungovernable” governing party mixed with the strains of a pandemic against a backdrop of decades-long economic mismanagement made for quite a cocktail in that week in July.

As important a moment as it may have been, apologies are still in order. Maybe that could be read as a “Sorry, not sorry” kind of excuse, but all the same, it was my faux pas not to introduce myself to an audience who perhaps hasn’t followed the business reads where I’ve worked most of my life.

Let me tell you a bit about the almost six months since I first walked into the pandemic-deserted M&G headquarters to start my tenure. Now the editorial seat-changes at this much-vaunted publication haven’t been nearly as dramatic as the course of many of our troubled state-owned enterprises, which have seen chief executives walk in and out, but admittedly it’s not a great record for a publication that, like many others, has been beset by some deep structural changes to its market.

Navigating these changes has been difficult for many of us in this industry and the effects have been most acute over the past 10 years — although it’s been in the tea leaves since the late 1990s. The Covid-19 pandemic and its economic consequences just cut any space for further faffing and posed deeper questions for the industry and demanded immediate answers — especially for traditional publishers, whose world had revolved around a weekly newspaper.

I couldn’t have chosen a better time to walk into the Braamfontein Werf office to face up to a traditional duel with the M&G’s rivals up the road, as well as with international publications that are aggressively looking for subscription revenues — in whichever part of the world that they may come from, as our interests increasingly converge.

The battlefield is a digital arena where global monopolies such as Facebook and Google sweep up the bulk of advertising rands and dollars and naturally set the standards for success. I could go on about the challenge that I suspect every editor faces, especially those who have to carry the great legacy of a print publication, as we do.

Walking in, I of course had my ideas of what to do against this deluge of questions facing the future of the M&G, some of which had been ignored because of the discomfort the answers would give.

So, for much of the first few months of my time, my job was to put my head down and get on with the job of bringing about a cultural change in an organisation whose rhythm for more than three decades has been largely shaped by a weekly deadline.

There were attempts before, but I believed my task was not to walk in with a cohort of “digitally ready band of brothers and sisters to lead the changes” but to rather let the talent that lives within drive the change themselves.

It’s been a process that I’ve so far thoroughly enjoyed and been personally challenged by. But it’s only through their ownership of an M&G that increasingly is operating as a daily news publisher that we succeed. The women and men, both young and old like myself, whom I’ve met in this newsroom and in its commercial arm are some of the brightest people I’ve met in this industry in my almost 20 years running around this town.

What I hope you are seeing and will only continue to see in the weeks, months and years to come is a more adventurous, innovative M&G that will reclaim its relevance in the daily lives of South Africans. It’s been our immediate and urgent journey, and I am certain it’s one where we have already made our fair share of mistakes and have had our glimpses of what success will look like.

When I walked through the doors, the first editorial question I was asked was how I would bring back the investigative strength of the M&G? There’s certainly been a loss of bodies over the years, but as I’ve consumed this product as never before, I’ve seen the DNA of this publication is to be investigative and probing of its subject matter. It’s for me to empower the talent within and build the platforms for the writers and other content producers to expose their strengths — whether it be tales of corruption, environmental degradation, or economic deterioration. We will sharpen the instrument and it will become more evident.

I know it’s wrong to pick out your favourite child, but if you’d indulge me for a moment and let me think of the M&G verticals as the publication’s children, my favourite is the Friday section. It’s the cultural heart of this publication and it’s where much of our attention will be spent on improving the great work that its custodian, arts editor Kwanele Sosibo, does. This week we’re trumpeting our media partnership with FNB Art Joburg; there’s much more to come. My only wish is to be commissioned to do a William Kentridge, Thandiswa Mazwai, or Khuli Chana interview. (Just a bit of pressure.)

There’s much work we’ve done at the M&G along with our excellent deputy editor, Athandiwe Saba, to change the culture of this organisation. We’re far from done; we are still building the framework, in truth. We hope that you stay with us and that we bring new followers to a publication that has always been a front-runner in the local media landscape.

With this introduction done, now the musings about the state of us can begin in the weeks to come.

Ron Derby is the M&G’s editor-in-chief