Conscious leadership: The truth is now on sale 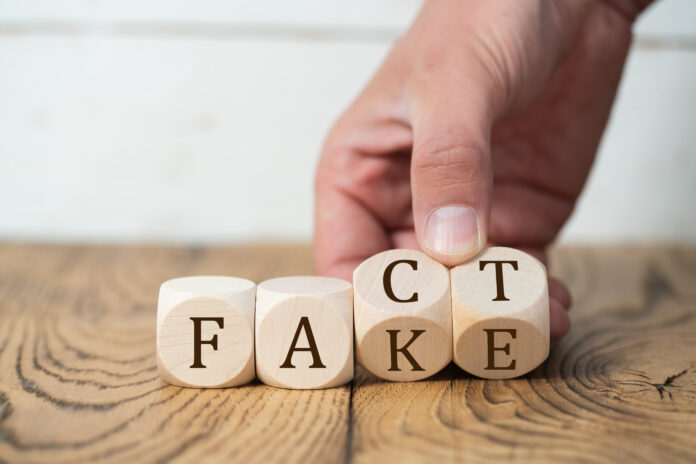 The truth industry seems to be booming. From fact-checkers and fake news, to custodians and gatekeepers of truth, there are numerous sources that wave the flag, yet truth as objective reality is hard to come by.

Narratives shift like sand and there are verifiable sources for pro or anti any ideological perspective one could hold. Special military operations could be war, and pro-science and anti-vaxxers could convince each other if they each just “did the research”. Even Donald Trump is in on the racket with his Truth social media platform that’s already hit number one on the Apple app store.

There are positions of branding military action as a false flag for both the “Donbas genocide” as well as weapons of mass destruction, with attempts at managing and controlling narratives and the information public can be exposed to. Irrespective of which position one holds, there are Afghan refugees that fled to the Ukraine now trying to flee a war-torn country. As we sit on the brink of the fourth industrial revolution (4IR), the theatre of war is still very much a part of our species, and the truth remains both illusive and subjective.

As the Covid-19 pandemic narrative played out, a barrage of ideological precepts emerged with misinformation, re-information and “authorised” custodians of information. Identity politics has unfolded with the fervour of sports fanaticism. As the world readjusts to the two-year-plus pandemic, this year the Davos agenda returns in person following up on the narratives of climate change and 4IR.

The World Economic Forum’s digital inclusion and digital identity agendas along with their Great Reset positioning has left conspiracy theorists salivating. Don’t judge, everybody needs friends. Positions of conforming and regulation stood against alternative owned perceptions and worldviews. Each ideology supported overtly, with terms like mainstream-media coined and reaffirming perspectives available on various platforms, including on Pay-Per-View with CNN stepping inside the octagon with Joe Rogan.

In an age of influencers, business influence still reigns supreme with apparent corporate influence on government policy, making Nancy Pilosi TikTok’s Stock Queen, to Shell’s Batho Batho Trust donating R15-million to the ANC after local courts halted oil exploration in whale breeding grounds along South Africa’s Wild Coast. Locally, I doubt that the narratives could be controlled with the flair of ANN7 and The New Age, but internationally there’s always that Pay-Per-View.

When objectivity of external reality seems distant, in the 4IR the once endless search for truth can be bought online. The technological approach to the experienced truth of the human in the field of consciousness has had its own consequences as Elon Musk’s personal attachment to a position of extreme urgency subjected “extreme suffering” to monkeys during animal testing of his Neuralink brain interference system.

Altering individual truth in the 4IR and altering one’s worldview through artificial intelligence (AI) implants or immersing oneself into a metaverse pseudo-reality may be the next product for a digital artificial truth. In combination with the pharmaceutical industry’s involvement with mind-altering psychedelics, side-effects may appear depending on your YouTube algorithm.

As media influences perceived reality and science hacks reality itself, along with the advances of AI, robotics and digital identity data, external attachments to “us” automatically positioning a “them” to be against can be steered, further damaging public trust in government leadership, academic research and business intentions leaving the market flooded with a cheap version of truth.

So, the journey continues along the arduous path, searching for truth. In our pursuit of evolution and exploration of our humanness, as we create purpose and meaning in our actions and non-actions, hopefully the human-being is still able to recognise the one, single known truth of our own pending mortality. What reality of our nature could be revealed as we surrender to awareness of the finite nature that we are? What truth could we find between the stillness of our breath?

These biased, and perceived experiences of truth have accounts of encouraging fundamental shifts to the worldview of an individual to themes of unity and experiences of togetherness with one’s fellow human-beings. If these attachments could be enhanced and multiplied in to business interests and political willingness to foster love and acceptance when the self-interest still tops the charts, and choose softness as strength for our kindred species above self-willed motivation of business and government leaders, the impact of further trauma inflicted on our fellow man could be avoided as we move away from an “us” versus “them” toward a shared identity of the human-being.

Weaponising a manufactured truth with curated narratives and counter-narratives, and hacking perceptions of reality to present a consumer digestible truth may be sold, and the presented illusion may seem less complicated and nuanced, but denying the truth itself to join with masses of agreeable peers still cannot hide forever, the sun, the moon, and the Truth.