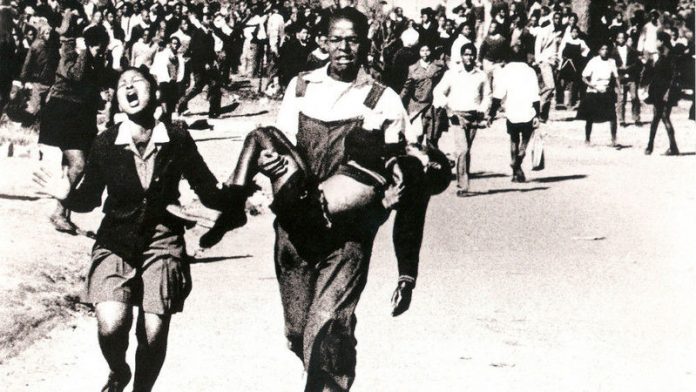 Five years before the student uprising in Soweto, which triggered countrywide resistance against the racist apartheid regime, Steve Biko wrote an article titled “Fear – An Important Determinant in South African Politics.” Biko decried the extent to which the white community, through the police, the army, and all government and state security agencies, had destroyed any urge to resist the injustices of apartheid-colonialism by the oppressed black majority.

No black man, women, youth or child was spared from the wrath of the apartheid state machinery. Biko could not separate the political lull within our communities from the police programme to instil fear by “ruthlessly breaking down the back of resistance amongst the blacks, however petty that resistance is”. White people and their government knew very well that the conditions which they had placed black people under were so inhuman and unbearable that no general would accept that their police force could enter a township and leave without a single arrest.

This reality is expressed in Biko’s reflections that, “the absolutely infantile evidence upon which the state builds up its cases in some of the trials does suggest to me that they are quite capable of arresting a group of boys playing hide and seek and charging them with high treason”. Biko wrote at a time when liberation movements had been banned, leaders forced into exile and imprisonment, the homes of activists raided and harassed, and anyone who dared challenge or speak out against the regime brutally tortured, victimised, silenced or killed.

The sociopolitical relations between black and white people were defined, therefore, by this excessive force of violence performed by the police to instil fear and squash any voice of resilience, revolt or change. Biko spoke to this lull, this forced political hiatus, which had muzzled the sounds of resistance within black communities from the early 1960s through to the late 1970s.

The student movement in South Africa stands at a generational crossroad as it wrestles with fear. The response of the ANC government, through the South African Police Services, to student protests reminds one of the behaviour of the apartheid police. At the height of the national Fees Must Fall protests, the response of the state was the excessive use of violence, intimidation, illogical arrests and victimisation. Student activists have also lost their lives to trigger happy police who, just like their apartheid counterparts, used live ammunition against unarmed students.

Although many students have been sustaining the struggle against the status quo, isolated, and locally in their respective campuses, we are yet to see another uprising with a national currency like that of the FeesMustFall movement. Just as the philosophy of the police during the 1960s and 1970s was, “Harass them! Harass them!”, the former liberation movement has adopted the same swart gevaar attitudes to justify its violent response against anyone who dares question the status quo.

Inspired by the Black Consciousness Movement, the generation of Onkgopotse Tiro, his political mentee Tsietsi Mashinini, and Khotso Seatlholo took it upon themselves to call their souls their own. They refused to be a powerless generation ruled by fear. When the old guard had developed a submissive attitude of assimilation to the dictates of white civilization, they put their bodies on the line even in the face of death.

Like the 1976 generation, South Africa’s students must demand what is rightfully theirs. We must refuse to be a race of beggars who smile at the enemy and swear at him in the comfort of our homes. We must join the student representative councils of 1976 Soweto in their rejection of an education system “whose aim is to reduce us, mentally and physically, into hewers of wood and drawers of water”.

We must conquer fear, and we surely will!

Sihle Lonzi
Sihle Lonzi is studying economics and philosophy at the University of Cape Town. A former UCT SRC member of two terms, he is a member and activist of the EFF Students’ Command. He writes in his personal capacity.
Facebook
Twitter
WhatsApp
Linkedin