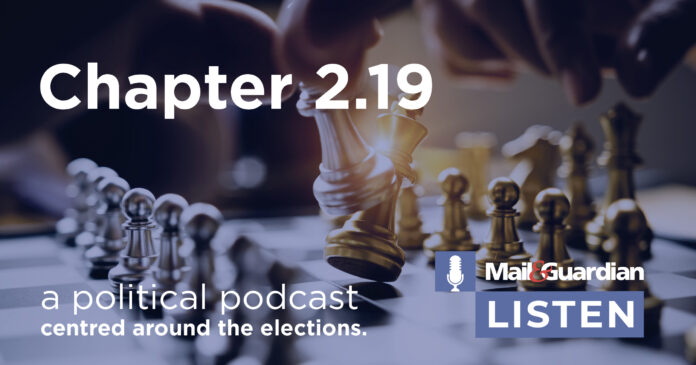 Chapter 2.19: This is the section of the South African Constitution where you get the need-to-know about your political rights. It is also the title of this special five-part podcast. The Mail & Guardian’s political journalists and guests chew on the good, the bad and the ugly since the local government elections in 2016 — what state the municipalities are in; the politics in local government over the past years; the political tensions in different provinces, and more.

Welcome to episode 3. Veteran journalist Paddy Harper, together with political journalist Lizeka Tandwa, return to the July riots and examine how they could affect the November elections. The guests for this episode are the deputy chief executive of the Electoral Commission of South Africa (IEC), Mawethu Mosery, and Vasu Gounden, the executive director and founder of Accord, the African Centre for the Constructive Resolution of Disputes.

They discuss some of the major issues that need to be dealt with that may have an effect on the elections in KwaZulu-Natal as a result of the July riots. Other matters that are unpacked in this episode include the damage to infrastructure the IEC uses, the loss of equipment and the implications thereof, and the potential effect of violence on the desire to vote.

The riots were a shameful development in South Africa’s democracy, and are indicative of the sociopolitical and socioeconomic problems that are still prominent in our society.

We also look at the violence that took place before, during and after the 2016 local government elections in KwaZulu-Natal and the potential for its resurgence prior to the 1 November poll. Find out what the effect of recent killings — and the July killings — in the province will have on the electoral process.