Former mineral resources minister Mosebenzi Zwane on Thursday tried to persuade the Zondo commission that he was unaware that the Free State government had contracted a front company for the Gupta family for the failed Vrede dairy project  — even though it was very much his brainchild.

According to him, he was unaware until October 2012 that the provincial government had, months earlier, signed an implementation deal with Estina, instead of another entity — India’s Paras Dairy — as he had assumed.

Deputy Chief Justice Raymond Zondo asked Zwane how, as the MEC for agriculture in the Free State, this detail could have escaped him while every other official who testified on the subject was aware of the identity of the contractor.

“How is it possible that the MEC whose project it is really doesn’t know about the involvement of Estina?” Zondo asked, adding that from the office of the premier to the provincial treasury, nobody else laboured under the same misconception.

Zondo said that because the project was inspired by Zwane’s enduring memory of his father’s struggles as a farmer, and that he had met the intended beneficiaries in the local farming community, he would have expected Zwane to follow its progress closely.

Zwane replied that once he had “sold” the project to the provincial treasury, his role became a remote one, and from that point the head of department, Peter Thabethe, was left to oversee the project, unless there were any problems.

If there were problems, these would have been brought to his attention when a provincial audit was tabled at the end of the financial year. 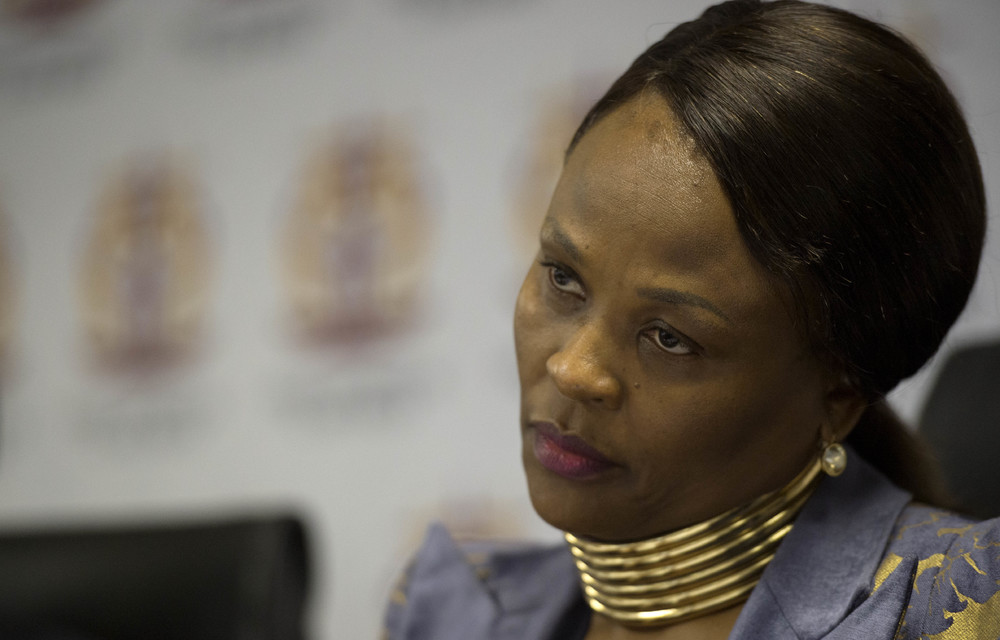 Zondo pointed out that the state law adviser flagged issues of procurement compliance, but Zwane replied that this was only brought to his attention after the contract had been signed.

Evidence leader Pule Seleka put it to Zwane that Kamal Vasram, the sole director of Estina, was a former sales manager at the Gupta family’s Sahara Computers with no experience whatsoever in farming, and that payments from the provincial treasury were channelled to another company owned by the family, namely Gateway.

A key difference between Paras and Estina’s proposed involvement was that the former had undertaken to plough R228-million into the project, but Zwane said he was not aware of this.

Instead, with Estina signed up, the local government was bankrolling the project to the tune of R114-million a year for three years. In the first year, this meant the province urgently redirecting R30-million from other projects to get the dairy farm off the ground, with R84-million disbursed later in the year.

The fact that the funding had to be found in this manner suggested the project was not properly conceived or budgeted for, Zondo said.

Zwane said he had been involved in persuading the treasury to find the money because the thinking at the time was that small-scale projects had not proven effective, hence it would be more useful to channel the money to larger ones such as the dairy farm.

He maintained that the project, on paper, was one of the best in the Free State, but that it failed for lack of proper implementation. With hindsight, Zondo had a point that the planning could have been executed better, Zwane conceded.

“In terms of thorough planning, I admit it looks clumsy but there are records to the effect that [when] we meet in budget lekgotla, there would be reprioritisation to some extent.

“We sold this project at the budgetary lekgotla, the lekgotla bought into this idea … From our side, as a concept, we were ready.”

The Zondo commission has heard testimony from Zwane’s former head of department, Thabethe, that he travelled to India in the planning stages of the project accompanied by Ashok Narayan, who was a close associate of the Guptas and was eventually appointed as an adviser to the provincial government by Ace Magashule, who was the premier at the time.

Thabethe said he had been instructed by Zwane to include Narayan in his delegation.

Asked on Thursday about Thabethe’s knowledge of Estina’s involvement, Zwane said the head of department’s evidence reflected that he believed Estina had the backing, in some way or another, of Paras.

“But he never said he didn’t know about Estina,” Zondo replied.

It has been alleged that Zwane and a choir in which he was closely involved were flown to India at the expense of the Gutpa brothers after the project was approved. But in lengthy questioning about the trip, Zwane denied accepting any largesse from the family.

Zwane currently serves as the chairperson of parliament’s portfolio committee on transport.