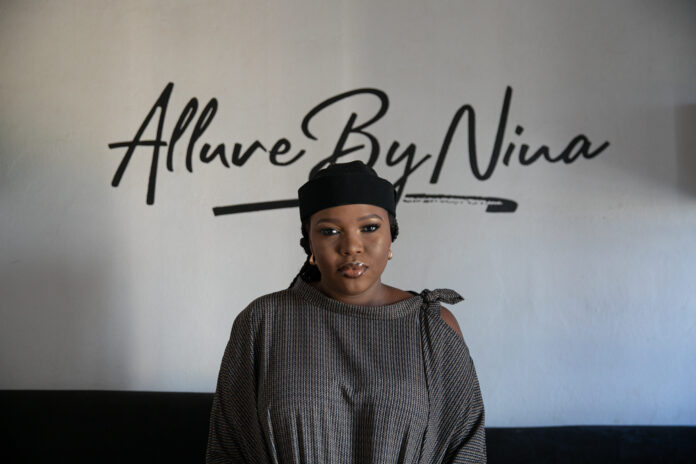 Nigeria’s north-eastern Borno State is the epicenter of the Boko Haram insurgency, which has been raging for more than a decade. The conflict has been devastating for the people who live here: thousands have been killed, and millions displaced. It is only the heavy Nigerian army presence that allows for some semblance of normalcy in Maiduguri, Borno’s regional capital and largest city with a population of two-million people.

Boko Haram’s ideology is premised on “purifying” Muslims and dismantling western ideals, with the end goal of establishing an Islamic state governed by sharia law. The group’s name literally means ‘Western Education is Forbidden’. The group has banned schools in the areas that it controls, and schoolchildren – and particularly schoolgirls – have been regularly targeted for kidnapping. As far as women are concerned, Boko Haram’s message is clear: they belong in a patriarchal world of servitude and submission to men.

But an irony occurred. The fighting has claimed the lives of so many men that women in Maiduguri, and in the camps for internally displaced people spread across northeast Nigeria, have had to fend for themselves and their families. Despite their emotional exhaustion, women have fought for their survival and seized control of their own destiny – and, in the process, the role of women is undergoing an extraordinary evolution.

Some women have joined vigilante groups to fight the terrorists. Others have returned to schools, in defiance of the risks. Still others have turned into entrepreneurs, starting small businesses with the help of government and NGOs.

Of course, women in Maiduguri have always occupied many different roles, and there have always been a few remarkable examples of women in roles that are not considered traditional. But now there are lots of examples – this feels like a societal shift. Women who were previously on the sidelines are now on the frontlines.

I wanted to capture this moment; this movement. And, armed with my camera, I sought to find women who were running some of the most lucrative businesses in the town: make-up studios.

After a decade of silence, Maiduguri is beginning to return to something of its old self. The weekends are now full of the extravagant, flamboyant, colourful weddings for which Borno State used to be famous. Every Saturday, well-dressed residents flock to events across the city, and the dance floors are full of young couples – even in the midst of conflict, love and romance prevails. Some weddings, particularly those of the Shuwa or Kanuri ethnic groups, last four or five days, encompassing a multitude of traditional events.

But before making their way to the celebration, women would make an appointment at the beauty salons – or the creatively-decorated home studios – of Maiduguri’s make-up artists. As a photographer, it was strange to witness this joy, which contrasted so sharply with the everyday pain of living through the insurgency.

One day, it was people fleeing from men with guns; the next day, it was a woman with a cosmetic brush, contouring a client’s face.

As I spoke to these women, and took their pictures, I noticed a recurring theme: a love of their art. Their passion and interest in what they are doing brought them not only self-expression, but also financial independence. And this, as we try to build a post-conflict society, is what will lead us to women’s liberation. With this crop of unapologetic, educated and entrepreneurial women, I was seeing the promise of a new world: a bruised but not broken society hell-bent on healing and rebuilding.

This article first appeared on The Continent, the new pan-African weekly newspaper designed to be read and shared on WhatsApp. Download your free copy here.

Fati Abubakar
Fati Abubakar is a documentary photographer, photojournalist and public health worker in Nigeria who specializes in documenting cities and towns, highlighting both the positives and negatives of each location. She focuses on health perspectives, using photography as a medium to highlight problems at the community level. She also has an interest in documenting cultures, conflicts, urban poverty, rural development and humanitarian issues. She has a special interest in creating counter-narratives for underrepresented communities. Her current work is a personal project to showcase her hometown of Borno State at the time of Boko Haram.
Facebook
Twitter
WhatsApp
Linkedin