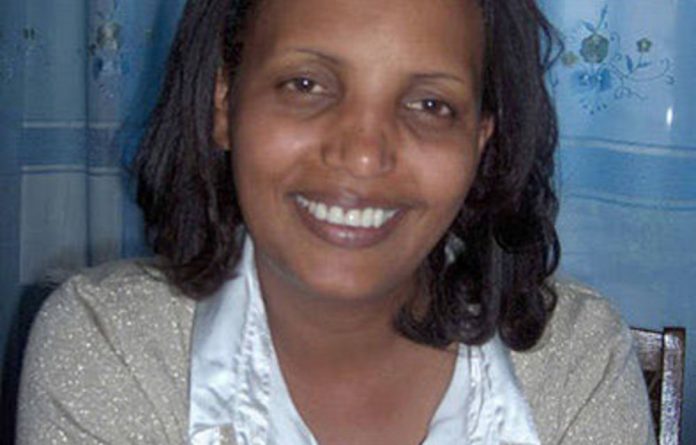 At noon every Sunday an old Toyota sedan donated by supporters of Ethiopia’s most famous prisoner pulls up near a jail on the outskirts of the capital.

A 74-year-old woman in a white shawl and her four-year-old granddaughter — the only outsiders the prisoner is allowed to see — step out for a 30-minute visit.

Most inmates at Kaliti prison want their relatives to buy them food. But Birtukan Mideksa, the 35-year-old leader of the country’s main opposition party, always asks her mother and daughter to bring books: an anthology titled The Power of Non-Violence, Bertrand Russell’s Best, and the memoirs of Gandhi, Barack Obama and Aung San Suu Kyi, the Burmese political prisoner to whom she has been compared.

Mideksa, a single mother and former judge, was among dozens of opposition leaders, journalists and civil society workers arrested following anti-government demonstrations after the disputed 2005 elections.

Charged with treason for allegedly planning to overthrow the government — accusations rejected by independent groups such as Amnesty International — the political leaders were sentenced to life imprisonment. After spending nearly two years in jail they were pardoned, but Mideksa was rearrested in December 2008 for challenging the official version of circumstances that led to her release. Her pardon was revoked, her life sentence reinstated.

“My child did not do anything wrong — she had no weapon, she committed no crime,” said Almaz Gebregziabher, Mideksa’s mother, in her house on a hillside in Addis Ababa after visiting her daughter one recent Sunday. “I want the world to know that this is unjust.”

Many Ethiopians agree. Mideksa’s treatment has cast a shadow over elections due in May. Opposition parties and international human rights groups said the case is proof of the authoritarian government’s stalled progress towards democracy.

It is also evidence, they said, of the double standards of Western donors when dealing with Meles Zenawi, the prime minister, a major aid recipient and ally in the “war against terror”. Although Zenawi makes no attempt to hide his disdain for Mideksa — talk of her release is a “dead issue”, he said in December — he denies the case is political.

But a look at her history with his regime shows why few people outside his party believe him.

Mideksa excelled at university and was appointed a federal judge in Addis Ababa. In 2002 she was assigned a case involving Siye Abraha, a former defence minister who had fallen out with Zenawi and was accused of corruption. Mideksa released him on bail — a rare show of judicial independence in Ethiopia — but when Abraha left court he was immediately rearrested and jailed.

Mideksa’s relatives said she joined opposition forces before the 2005 elections and was arrested and released in 2007.

Upon her release she set about bringing together the various opposition groups from 2005 and helped found the Unity for Democracy and Justice, of which she was elected chairperson. Her age and gender made this extraordinary.

In November 2008 Mideksa told an audience of Ethiopians in Sweden that her pardon had come as a result of negotiations rather than an official request made through legal channels. Although people who were in jail with her said this reflected the truth, the government said it equated to denying asking for a pardon, and sent her back to jail.

And there is no sympathy from the government. “She was advised to obey the rule of law,” said Teferi Melese, head of public diplomacy at the foreign affairs ministry in Addis Ababa. “But she broke the conditions of her pardon, thinking her friends in the European Union could get her released.”

That foreign embassies, including Britain’s, which have been refused permission to visit Mideksa, have barely made a public complaint about the case appears to back opposition complaints that when it comes to Ethiopia, donors favour stability over democratic reforms or human rights.

“The government says the more we make noise the more difficult it will be to get her [Mideksa] out,” said one Western diplomat, speaking on condition of anonymity. “Are we going to risk our entire aid budget for one person? No.” —