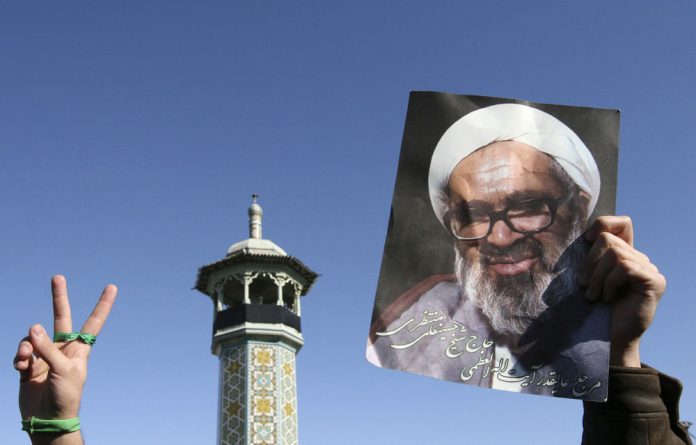 Iran has greeted last week’s news of United States plans to station missile defences in neighbouring Arab states with a stony official silence. But there are fears that the move could strengthen the hardliners in Tehran.

The development went unreported by the official news agencies, Irna and Fars. Yet behind the insouciance, US President Barack Obama’s announcement will have injected a new urgency into decision-making in Tehran.

The Islamic regime has been given the clearest sign yet that the Obama administration’s tentative policy of diplomatic engagement has been unequivocally scrapped in favour of a reversion to the hard-nosed confrontation that has been standard fare between the two countries for the past 30 years.

US officials have privately admitted this in recent weeks, citing the brutal crackdown on the opposition Green Movement and what they see as ­continued Iranian intransigence in failing to accept a Western proposal to resolve the standoff over Iran’s uranium enrichment programme.

The US deployment may bolster radical elements in the Army of the Guardians of the Islamic Revolution, who advocate an aggressive response beyond Iran’s borders if Gulf states allow US military bases on their territory. That could mean taking action against US interests in the region — which are numerous, given the troop presence in Iraq and Afghanistan.

“The official line is that if the Persian Gulf countries cooperate with our enemies against us, we reserve the right to defend ourselves, even by attacking them,” one analyst said. “Normally what the Iranian officials do in such circumstances is start reaching out to their allies in the region. After the Iraq war, the revolutionary guard researched the Iraq experience and drew the lesson that Saddam Hussein’s biggest mistake was trying to defend himself inside Iraqi territory.

“They concluded that they will also try to defend themselves outside their borders.”

By this logic, the US presence in the Gulf and wider Middle East presents an opportunity as well as a threat.

An intensified US presence also threatens to shift Iran’s already unstable domestic politics. With the regime putting opposition activists on trial for the capital crime of mohareb (fighting against God) after last month’s Ashura disturbances, hardliners may now have an additional pretext to clamp down even more fiercely on supporters of Mir Hossein Mousavi and Mehdi Karroubi, the reformist candidates who insist President Mahmoud Ahmadinejad stole last June’s presidential election.

Mousavi, Karroubi and other oppositionists have put out feelers in recent weeks for a rapprochement with conservatives to isolate the extremists around Ahmadinejad. That may be harder to achieve if hardliners exploit the US deployment to play up the danger of a ­”velvet revolution” aimed at toppling Iran’s Islamic system. Accordingly, it may provide the cover to go all out to destroy the Green Movement.

Saddam’s experience provides another telling precedent. The revolutionary guard has also concluded that Saddam stayed in power despite suffering military defeat by a US-led coalition in 1991 after his invasion of Kuwait because there was no alternative to his regime. In 2003 he was deposed because — according to this narrative — the Americans identified a potential new regime.

Iran’s hardliners have sworn to avoid the same fate.

A line in the sand
Iran’s opposition leader, Mir Hossein Mousavi, has attacked “dictatorship in the name of religion” at the start of anniversary celebrations of the 1979 revolution, boosting expectations of a new round of mass protests against the regime, writes Ian Black.

His remarks, as officials warned that nine more opposition activists had been sentenced to death, were given extra force by the approaching February 11 anniversary of the founding of the Islamic Republic, a key date in Iran’s calendar.

Said Mousavi on his website, Kalemeh.org: “The most evident manifestation of a continued tyrannical attitude is the abuse of Parliament and judiciary. Filling the prisons and brutally killing protesters show that the roots of — dictatorship remain from the monarchist era. I don’t believe the revolution achieved its goals.”

Analysts say he may be goading hardliners to dare to arrest him. —