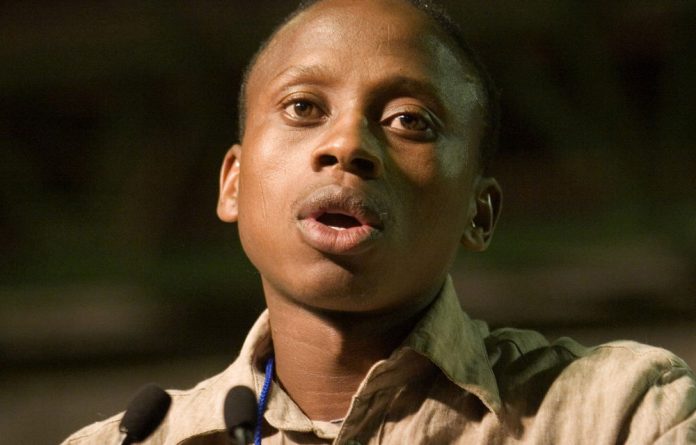 Moves are afoot to unseat Julius Malema from the ANC Youth League presidency at the league’s elective conference next year.

But the candidate anti-Malema lobbyists are championing has not yet accepted the role of challenger and is understood to be nervous about doing so.

Youth league sources in the Eastern Cape and Gauteng spoke to the Mail & Guardian this week on condition of anonymity because they “can’t go public because of the way Julius goes about issues”.

But they confirmed that a lobby group wants to unseat Malema at the 2011 ANC Youth League conference and replace him with league deputy president Andile Lungisa (31), the chairperson of the National Youth Development Agency.

Brewing rebellion in the party has boiled over since Malema failed to own up to his business interests. A spokesperson for the lobby group told the M&G that contenders for another three of the top five leadership positions have not been identified yet, but they want Malema replaced with Lungisa.

“We need someone who is more dynamic and is able to unite the league … We are not running the programmes we should be running.”

Supporters of Lungisa say they have the support of the Eastern Cape, Western Cape and Mpumalanga, and predict that the vote in KwaZulu-Natal will be split between Malema and Lungisa.

But Malema’s support remains intact because he is still a hero to young people, a Malema adviser told the M&G. “Wherever he goes, the people are there, they want to see him. He doesn’t need to fight back, he’s lost nothing [a result of recent scathing press coverage],” the adviser said.

Well-placed sources have spoken of tensions between Malema and Limpopo’s ANCYL provincial chairperson, Lehlogonolo Masoga. After Malema was elected president in 2008 disagreement arose over positions in the league’s Limpopo provincial leadership.

“The feeling was that Malema wanted to continue controlling Limpopo politics from Gauteng,” said an ANC Limpopo provincial executive committee leader close to the youth league. “They have never agreed on anything since then.”

Masoga denied that there were any tensions between himself and Malema and said there were no plans to unseat the youth league president. He was Malema’s business partner in Ever Roaring Investments, but has resigned from the company.

Thousands of supporters attended Malema’s 29th birthday party in Polokwane this week and this showed how widespread his ­support is, according to Malema supporters.

A youth league leader sympathetic to Malema said the lobby group is merely a group of “disgruntled” people. “There are some people in Malema’s past whom he didn’t treat well and they want to do to him what the ANC did to [former president Thabo] Mbeki.

“It is a small group of individuals in Limpopo who grew up with Julius and struggled with him, but once he became president of the youth league he moved on and left them behind.”

“[The disgruntled lobbyists] also helped Cassel to become chairperson and then premier of the province, but now he is focusing only on Julius and forgets that there are people on the ground who helped him get to where he is,” the leader said.

“It is a matter of being upset about not being rich like Julius; it is not a principled stance. This just comes from greed.”

Lungisa does not have the money to run a campaign, the leader said.

“He will have some support from these guys, but they are too few. And we will crush them.”

Lungisa’s supporters admit to having no cash flow to speak of but say this will not hamper them.

“We don’t get a single cent; we use our own money. But it is not for buying alcohol for people: we managed to oust Mbeki without money and he had all the resources [at Polokwane],” a strategist for Lungisa said.