A press to mirror the end of the long night 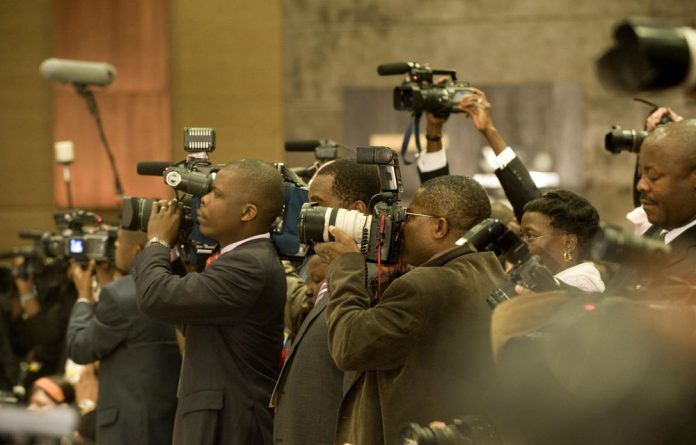 For too long, news about and for Africans has come predominantly from outsiders. International media portrayals of Africans have often been unrecognisable to Africans themselves.

Africa’s journalists have tried — with increasing success — to present a more accurate and nuanced picture of the continent and its myriad peoples and cultures. They have strived at the same time to hold their own governments accountable by exposing corruption and airing views of the opposition, civil society, the poor and the marginalised.

News organisations around the continent have played an indispensable role in Africa’s transition to more open, responsive political and economic systems, as well as the empowerment of the powerless, especially women — goals the African leaders themselves have set and deemed critical to democratic development.

Without free and independent media, Africa would be unable to monitor progress towards — much less achieve — its agreed goals in health, education or economic growth. But Africa’s media continue to face intense political pressures and other external obstacles. In too many countries, news organisations are threatened by criminal prosecutions, arbitrary closures and other assaults on media freedom.

The economic viability of Africa’s media enterprises — crucial to their independence and professionalism — is also at risk. Media across the continent have been hampered by insufficient capital, a lack of market data, inconsistent and often onerous regulatory regimes and the inherent difficulties of operating in less developed markets.

The digital revolution in broadband and mobile phones offers great possibilities for growth, but demands major new investments and bold new business models. In the wealthiest nations of the world many of the best-established media organisations face grave financial problems.

In Africa these challenges are even more acute. Yet at the same time, thanks to the emergence and development of the new information and communication technologies, the continent is a vast laboratory for global media innovation, with unrivalled room for further expansion into underserved populations. Many projects are under way on the continent to help Africa’s independent media grow and build on its recent successes.

And now there is an unprecedented African-led effort to support all those endeavours, and to create new initiatives, that will serve as a champion and driver of transformational changes in Africa’s media. The African Media Initiative (AMI), backed by proprietors, hundreds of media executives, journalists, academics and other experts from across the continent, takes a practical, holistic approach to these challenges, with a shared commitment to professional ethics and public service.

Through AMI, we hope to marshal pan-African industry support for legal and economic reforms that are needed for the media to operate freely and successfully. AMI and its partners will also seek new financing tools for the African media sector, as well as training assistance in management and technology to complement existing programmes focused on journalism skills.

We will work on the sector’s behalf with the major African intergovernmental institutions — the African Union and regional bodies like Ecowas, the Southern African Development Community and the East African Community — to secure policy support for a sector that is essential to Africa’s economic and social development.

AMI will also engage the donor community: international support for media development has been helpful, but could have greater impact through the kind of coordination AMI hopes to offer. AMI’s central mission is to ensure that media development projects in Africa are driven by the needs and informed by the knowledge of the African media practitioners themselves.

This is a critical moment for Africa. Throughout the continent, the long night of wars that have killed Africa’s people, as well as their hopes and dreams, is now nearing an end. Increasingly, countries are taking real steps towards democracy, building societies where citizens have a voice in how they are governed and in how they live their lives and raise their children.

This historic change requires free and effective media, the one instrument that democratic societies all over the world rely on to make it possible for citizens to participate meaningfully in national political life.

AMI and its partners and allies in civil society and journalism will need still more support, ideas and energy from media professionals and those on whose behalf we serve as we pursue this shared quest for greater media independence and effectiveness — and, ultimately, for the long-term development of a continent that will stand tall as the mother of us all.

COMMENT We live in a divided political environment and amid radical economic disparities. But there is one thing...
Read more
National

The court found that the law’s unequal treatment of child accused and child witnesses as well as child victims was unconstitutional.
Read more
Opinion

In an age of unprecedented access to information, people must improve their media literacy. But that does not let media organizations off the hook
Read more
Opinion

Donor-funded journalism is on the rise in Africa: why it needs closer scrutiny

Her Flave Productions company produces both short films and movies, and “Botswood” was set up to bring the film industry together.
Read more
Advertising
Continue to the category
Politics